Koby McEwen had a season-high 21 points, including five 3-points, to lead the Wildcats on a big second half rally to pick up a 63-59 win at Duquesne in the first road game of the season. (Dave DeNoma) 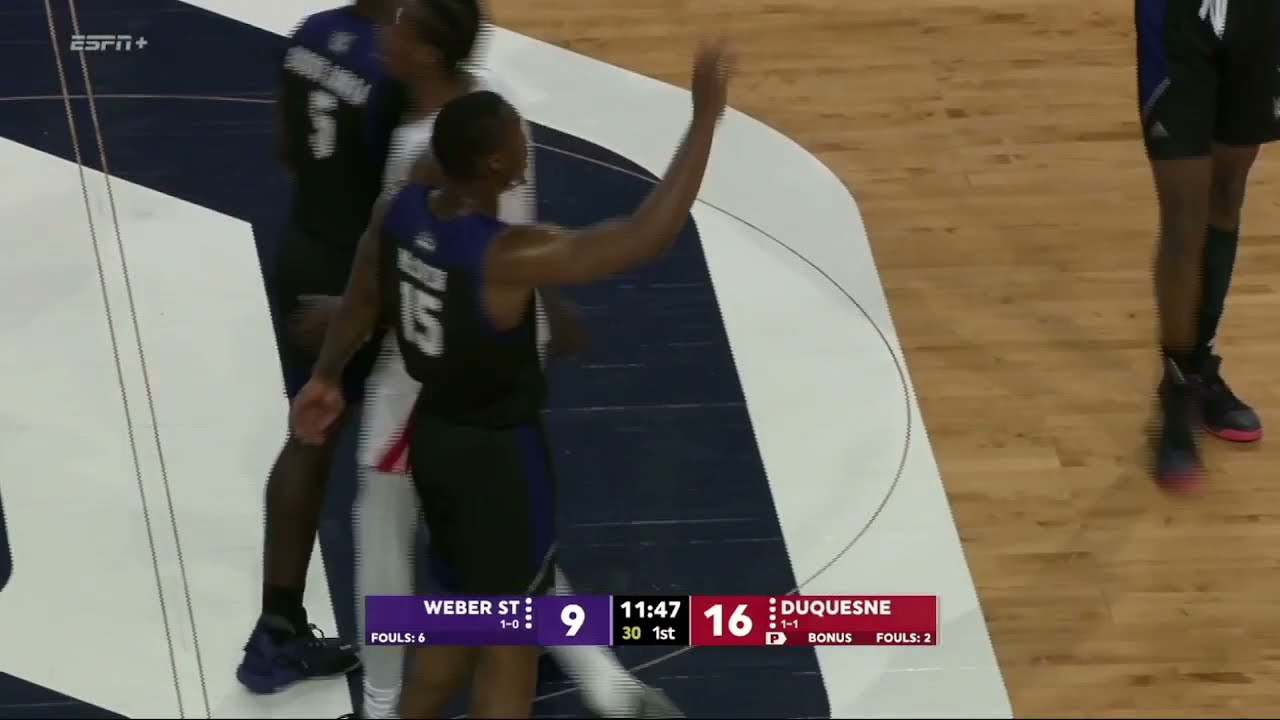 PITTSBURGH — Koby McEwen had a season-high 21 points, including five 3-pointers, to lead the Wildcats on a big second half rally to pick up a 63-59 win at Duquesne in the first road game of the season Monday.

McEwen was 5 of 13 from the field with all five field goals as 3-pointers. He also knocked down six 3-pointers for his game-high 21 points. Dillon Jones had a double-double in his second-straight game with 12 points and a game-high 13 rebounds. He was also 3 of 4 from the field and had three assists.

"I was really pleased with our defensive effort and our togetherness," Weber State coach Randy Rahe said. "We played with a lot of toughness tonight against our first Division I opponent. We didn't play great but we found a way to win. We were able to get the ball moving in the second half and play better offensively."

The Wildcats stay on the road for three games at the Jersey Mike Classic this weekend in St. Petersburg, Florida. Weber State will play another Atlantic-10 team in UMass on Thursday, November 18 at 3:30 Mountain time. The game will be televised on CBS Sports Network.

Weber State will play Ball State on Friday at 3:30 and Green Bay on Sunday at 10 a.m. Mountain time.