Former U.S. Secretary of State Colin Powell salutes the audience at the Washington Ideas Forum in Washington, Sept. 30, 2015. Powell, 84, died of complications from COVID-19 on Monday, according to his Facebook page. (Jonathan Ernst, Reuters) 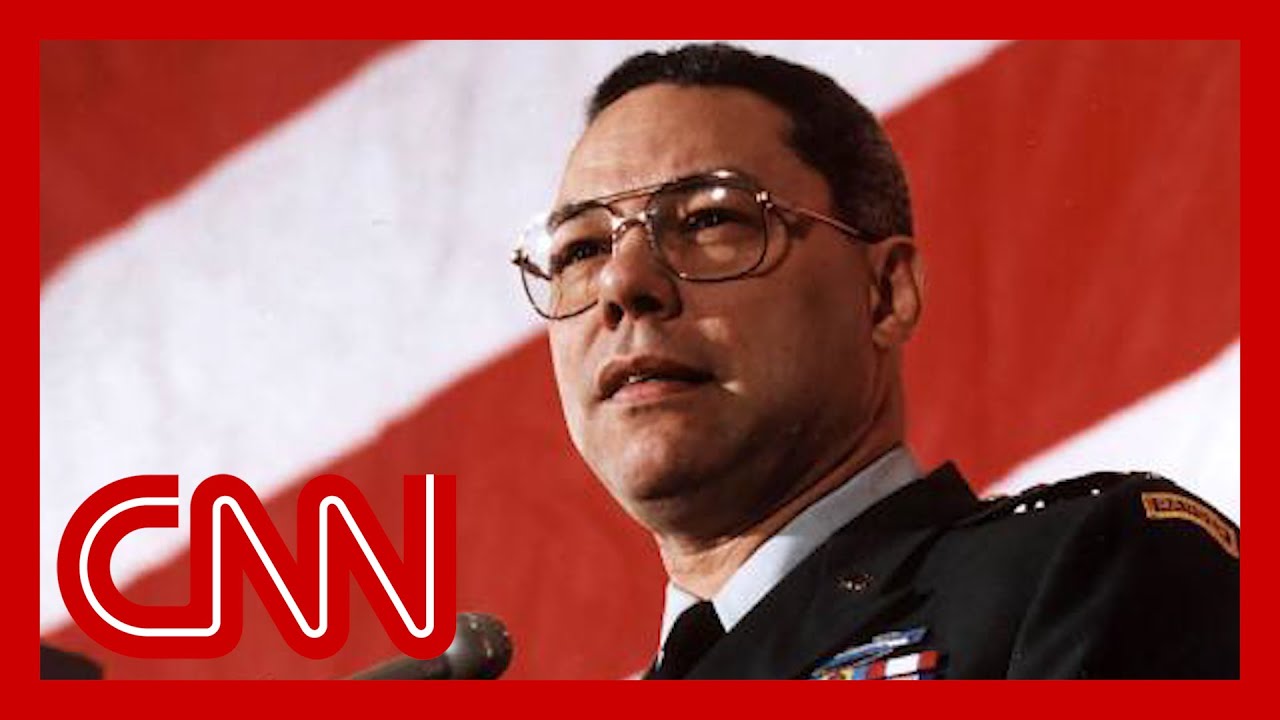 WASHINGTON — Colin Powell, the first Black U.S. secretary of state, top military officer and national security adviser, died on Monday at the age of 84 due to complications from COVID-19. He was fully vaccinated, his family said in a statement on Facebook.

Powell had multiple myeloma, a blood cancer, that was in remission and early stage Parkinson's disease, said a close friend who asked not to be named. The blood cancer reduces the body's ability to fight infection and puts people at higher risk for severe COVID-19.

Powell served three Republican presidents in senior posts and ascended to leadership of the U.S. military as it was regaining its vigor after the trauma of the war in Vietnam, where he served two tours as an army officer.

"We have lost a remarkable and loving husband, father, grandfather and a great American," his family said, thanking the staff of the military hospital near Washington who treated Powell, but providing few details about his illness.

He was the top U.S. military officer when U.S.-led forces drove Iraqi troops from Kuwait in 1991 and the chief U.S. diplomat in 2003 when Washington relied on erroneous intelligence about Iraqi weapons of mass destruction to justify its invasion of Iraq.

The son of Jamaican immigrants who rose to the top of the national security establishment, Powell himself acknowledged that his presentation of that spurious U.S. intelligence would stain his record.

In a brief statement, the Powell family said he had died on Monday morning from COVID-19, had been fully vaccinated against the disease and thanked the medical staff at the Walter Reed National Military Medical Center who treated him.

White House spokesperson Jen Psaki said hospitalization and death are "extremely rare" among the fully vaccinated and said Powell's death underscored that underlying health issues and other diseases can lead to greater risk from the virus.

The White House has been trying to persuade more Americans to get vaccinated to get the pandemic under control.

Condolences poured in from Democrats such as U.S. President Joe Biden as well as Powell's fellow Republicans.

Many presidents relied on General Powell's counsel and experience. He was such a favorite of presidents that he earned the Presidential Medal of Freedom — twice.

"Colin embodied the highest ideals of both warrior and diplomat," Biden said in a statement, describing Powell as a "patriot of unmatched honor and dignity" and a man who "could drive his Corvette Stingray like nobody's business."

Former President George W. Bush, a Republican who named Powell as U.S. secretary of state, noted that "many presidents relied on General Powell's counsel and experience."

"He was such a favorite of presidents that he earned the Presidential Medal of Freedom - twice," Bush said, referring to a medal viewed as the U.S. government's highest civilian award.

Sad news for our Country. Rest In Peace, General. https://t.co/kiOEx0k9JG

Powell served as U.S. national security adviser under President Ronald Reagan from 1987 to 1989. As a four-star Army general, he was chairman of the Joint Chiefs of Staff under President George H.W. Bush during the 1991 Gulf War in which U.S.-led forces expelled Iraqi troops from neighboring Kuwait.

He considered running for president in 1996 but his wife Alma's worries about his safety helped him decide otherwise. In 2008, he broke with his party to endorse Democrat Barack Obama, who became the first Black person elected to the White House.]

Today, the nation lost a man of undaunted courage and a champion of character. A statesman & trailblazer, devoted to America and the cause of liberty, Colin Powell's legacy of service & honor will long inspire. Ann & I offer our love & sincere condolences to Alma and his family.

Biden, who painted his 2020 presidential candidacy against Trump as a fight for the United States' soul, thanked Powell for bucking his Republican Party to back him.

"I am forever grateful for his support of my candidacy for president and for our shared battle for the soul of the nation," Biden said.

Powell will forever be associated with his controversial presentation on Feb. 5, 2003, to the U.N. Security Council, making Bush's case that Iraqi President Saddam Hussein constituted an imminent danger to the world because of the country's stockpiles of chemical and biological weapons.

As former Chairman of the Joint Chiefs & America's first Black Secretary of State, Gen. Colin Powell was an extraordinary public servant & steadfast leader for our country. I'm sending my deepest condolences to his wife Alma & the entire Powell family during this difficult time.

He admitted later that the presentation was rife with inaccuracies and twisted intelligence provided by others in the Bush administration and represented "a blot" that will "always be a part of my record."

Richard Boucher, one of Powell's closest aides at the State Department, praised him for admitting the mistake.

"The honorable thing is to say 'I made a mistake.' Powell did that. He owned it. He owned his mistakes as much as his incredible successes," Boucher said.

Today we have lost a statesman, a career soldier who pursued diplomacy over conflict throughout his public service.

My thoughts are with the Powell family. https://t.co/yxhY2xcgej