Afghan army collapse 'took us all by surprise,' US defense secretary says 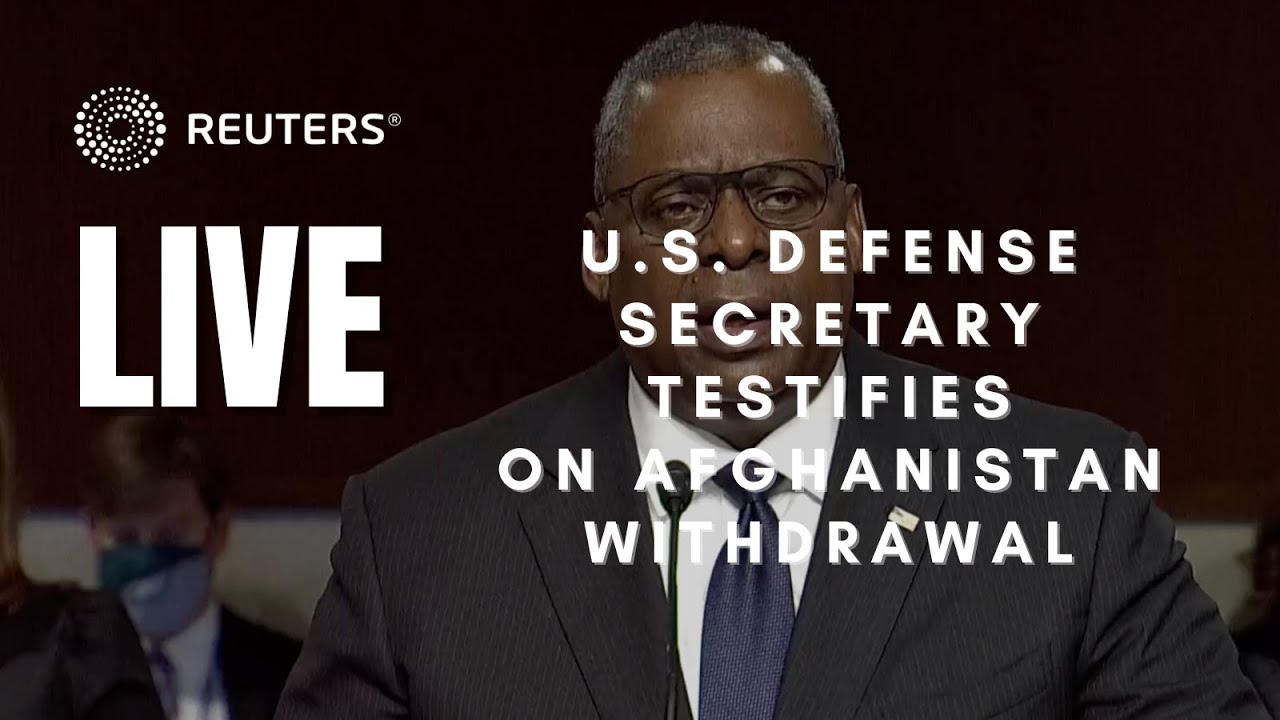 LIVE: Top military leaders testify before a Senate panel on the U.S. withdrawal from Afghanistan

WASHINGTON — U.S. Defense Secretary Lloyd Austin told Congress on Tuesday that the Afghan army's sudden collapse caught the Pentagon "by surprise," as military leaders confronted a contentious Senate hearing about how and why America lost its longest war.

Republican lawmakers accused President Joe Biden of lying about recommendations from his military that some troops should be kept in Afghanistan. Even Biden's Democrats expressed frustration with a chaotic withdrawal that left U.S. troops dead and American citizens behind.

Biden's approval ratings have been badly damaged by last month's spectacular collapse of the two-decade war effort, with painful images of Afghans clinging desperately to a U.S. military plane as they tried to escape Taliban rule.

Thirteen U.S. troops also died in an Aug. 26 suicide bombing trying to safeguard the evacuation effort that, ultimately, relied on support from the militant Islamist Taliban, a long-time U.S. foe.

General Mark Milley, chairman of the Joint Chiefs of Staff, and General Frank McKenzie of U.S. Central Command also acknowledged being caught off-guard by the speed of the Taliban takeover and collapse of the U.S.-backed government in Kabul.

It was their first public congressional testimony since the Taliban won the war in August.

"The fact that the Afghan army we and our partners trained simply melted away — in many cases without firing a shot — took us all by surprise," Austin, a former four-star general who served in Afghanistan, told the Senate Armed Services Committee.

"It would be dishonest to claim otherwise."

McKenzie and Milley testified that they had believed it would have been best to keep a minimum of 2,500 troops in the country. In an August interview, Biden denied his commanders had recommended that, saying: "No. No one said that to me that I can recall."

Republican Sen. Joni Ernst said Biden's decision to keep former President Donald Trump's unconditional withdrawal agreement with the Taliban had squandered U.S. sacrifices for what he thought would be "a cheap political victory."

"The loss of our service members, and abandonment of Americans and Afghan allies last month was an unforced, disgraceful humiliation that didn't have to happen," Ernst said.

Sen. James Inhofe, the panel's top Republican, described it as a "horror of the president's own making."

White House spokesperson Jen Psaki said Biden's military experts had provided "a range of viewpoints" about Afghanistan, and that Biden believed leaving troops there would "mean war with the Taliban."

Milley, the top U.S. military officer, noted military warnings since late 2020 that an accelerated, unconditional withdrawal could precipitate the collapse of the Afghan military and government.

"That was a year ago. My assessment remained consistent throughout," Milley said.

Anyone who says the last few months were a failure, but everything before that was great, clearly hasn't been paying attention.

'Strategic lessons to be learned'

Republican Sen. Tom Cotton asked Milley why, if everything he said was true, he didn't resign his position.

Milley pushed back strongly, saying a U.S. president does not have to agree with the advice of his generals. "This country doesn't want generals figuring out what orders we are going to accept and do or not. That's not our job," Milley said.

Austin, Milley and senators — many of whom oversaw the war effort for years — seemed full of questions about what went wrong, citing failures to appreciate the impact of corruption and damaged morale in the ranks.

"There's a series of strategic lessons to be learned," Milley said.

Democrats faulted Republicans for blaming Biden, who has been president since January, for everything that went wrong during the 20 years U.S. troops have been in Afghanistan, including under Trump.

"Anyone who says the last few months were a failure, but everything before that was great, clearly hasn't been paying attention," Democratic Sen. Elizabeth Warren said.

Much of the hearing was devoted to Republicans' questions about Milley's interviews with Bob Woodward and other reporters for books on the chaotic last months the former president was in the White House.

Austin praised U.S. personnel who helped airlift 124,000 people out of the country.

But Milley acknowledged that while the evacuation effort was a logistical accomplishment, the withdrawal was a "strategic defeat" that left the Taliban back in power.

He warned the Taliban "remains a terrorist organization" which has not broken ties with al-Qaida.

A reconstituted al-Qaida in Afghanistan with aspirations to attack the United States was "a very real possibility" — perhaps in as little as a year, he said.

That warning is likely to unsettle lawmakers, who are skeptical of the Pentagon's ability to quickly respond to al-Qaida and Islamic State threats.

"Over-the-horizon operations are difficult but absolutely possible. And the intelligence that supports them comes from a variety of sources, not just U.S. boots on the ground," Austin said.