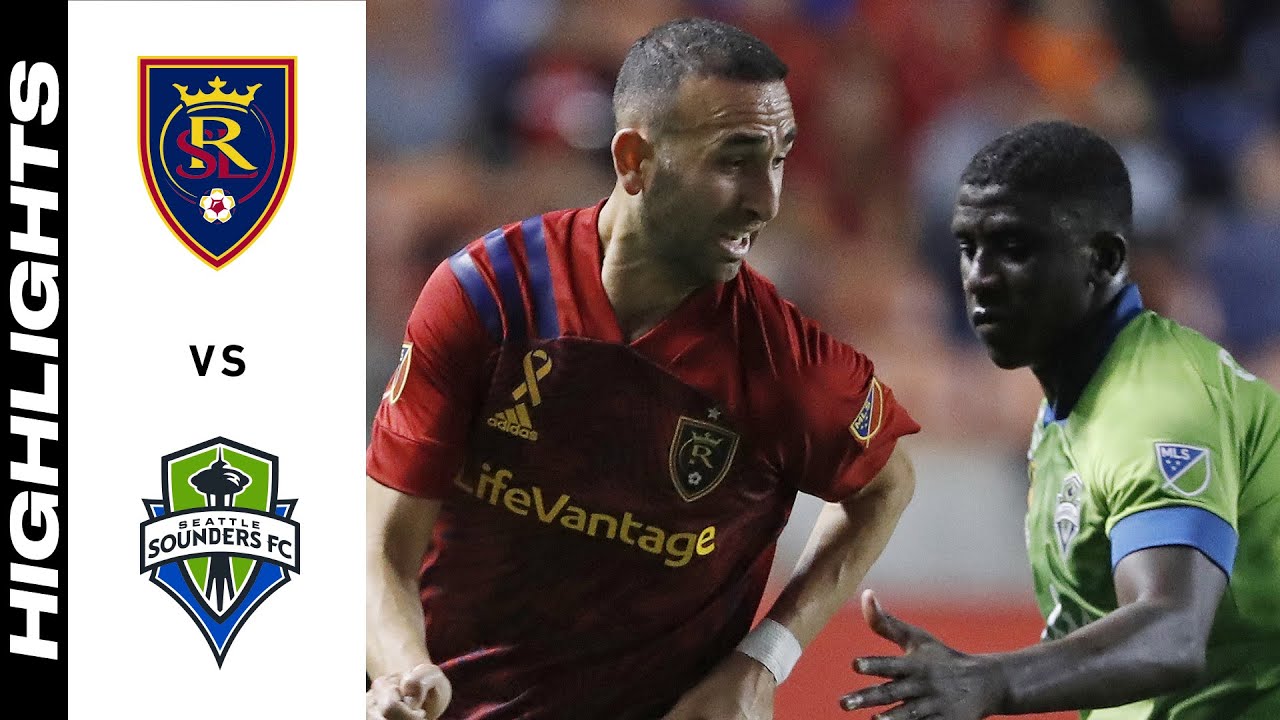 SANDY — There was a sense of closure on Saturday at Rio Tinto Stadium.

As the very familiar face of Freddy Juarez made his way through the line of Real Salt Lake players, sharing smiles, handshakes and hugs, it seemed to end the book on the odd breakup.

Last month, Juarez left his head position at RSL to join Brian Schmetzer's staff in Seattle. It was a strange, if not unprecedented move, and it led to mass adjustments from RSL as the club gets used to a new manager and a new playing style.

Now that RSL has faced its former head man for the first time, it feels like it can officially move on.

The three points the team earned over Seattle doesn't hurt, either.

Damir Kreilach's header in the 48th minute proved to be the difference as RSL beat Seattle 1-0.

Even with all the added circumstances surrounding the match, it was a familiar ending for the visiting Sounders. Seattle, with all its success through the years, hasn't won at Rio Tinto since 2011.

"I think it was a fantastic performance," interim manager Pablo Mastroeni said to KMYU following the game. "It was a little different than the last two tonight, but I think every game is going to pose different challenges just by the scoreline, the different styles of play. But I think it was important for the group tonight to keep the score sheet clean defensively."

RSL showed it can score goals, but keeping them out has been a struggle this season. In the last five matches heading into Saturday, Salt Lake had surrendered 14 goals. A shutout probably wasn't expected, but it was a welcomed change for the home team.

Just like how RSL's new 3-5-2 formation has been greeted with enthusiasm from the players — especially Albert Rusnak, Kreilach and Albert Herrera, who have been given more space and more license to be a bit more creative in the shape.

It was partly due to that different style that RSL had a number of chances early on in the match Saturday.

Justen Glad had the first scoring chance of the night when he headed a corner kick down so strongly that it bounced off the ground and went over the crossbar. Herrera also had a golden chance when he one-timed a falling ball that smashed the crossbar with echoing force.

Those chances set the stage for Kreilach's goal early in the second half. Herrera dribbled down the baseline to create space and sent a perfect service into the 6-yard box that Kreilach got to.

"Pablo told us we have to keep going, to be more aggressive in the second half until we find the back of the net," Kreilach said.

It was an extra special goal for Kreilach, who had family in the stands, visiting from his native Croatia.

"I'm not able to see them a lot," he said through tears. "It's a special moment."

In order for that to have been truly a lasting moment, RSL needed to finish off the game — something it has struggled to do in the past. There have been multiple occasions this season where early leads have turned into losses.

That wasn't the case Saturday. Even though Seattle controlled the possession for the majority of the night, it rarely threatened. The Sounders finished with just two shots on goal despite having 56% of the possession time.

"What was a big question mark was can we defend as a group and keep zeros?" Mastroeni said." I think against one of the best strikers in the league with a powerful attack, the backline and midfielders, guys up front, everyone committed to making sure we did that. I couldn't be more proud of the guys."

The club is now 3-2-0 since Mastroeni took on the interim head coach tag. It hasn't been a perfect start, but RSL has now won two straight and have moved into fifth place in the Western Conference, just two points shy of fourth and opening the playoffs at home.

Something that may not have seemed too possible when Juarez left last month added to what had already been a season of disarray. That chapter has now officially closed; the new one is looking better and better.

"Our commitment, mentality, character, I mean everything came out," Kreilach said. "We have to believe, we have to keep going, step by step and go forward."