People shield their faces from wind and sand ahead of Tropical Storm Nicholas, Monday on the North Packery Channel Jetty in Corpus Christi, Texas. Lifeguards paroled the beach to warn people of the upcoming conditions. (Annie Rice, Corpus Christi Caller-Times via AP) 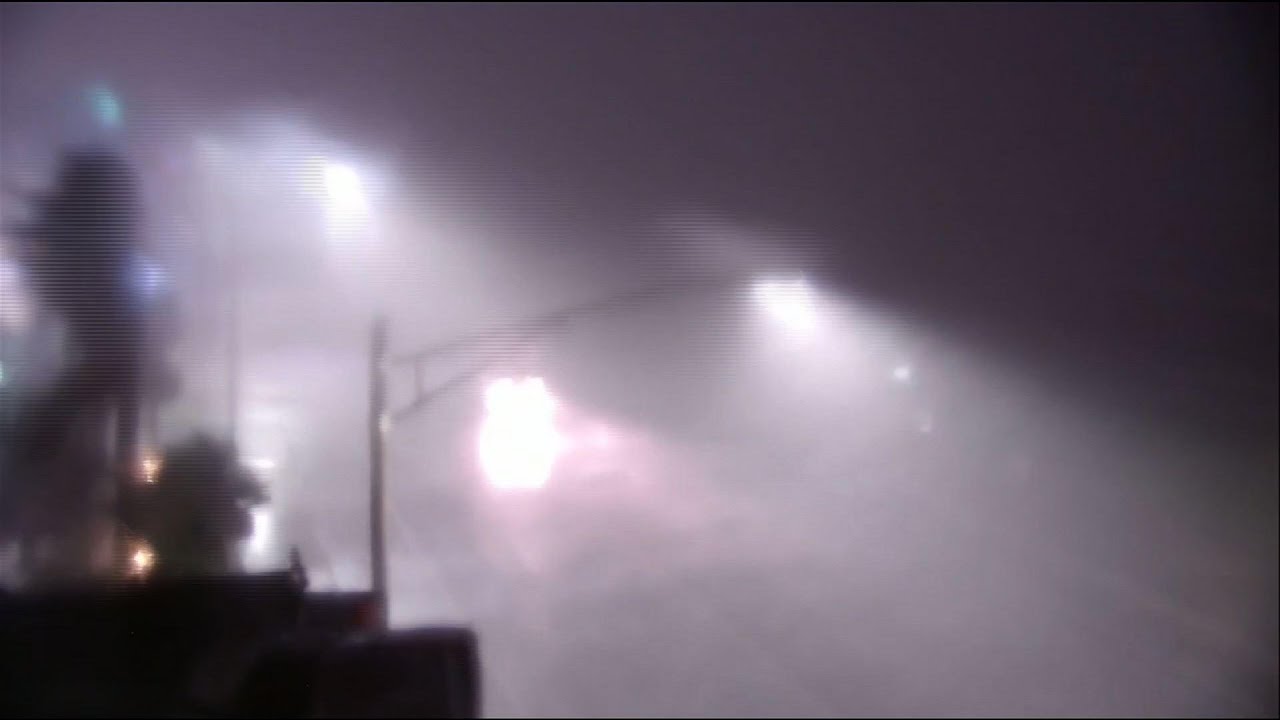 HOUSTON — Tropical Storm Nicholas hit the Texas coast early Tuesday as a hurricane and dumped more than a foot of rain along the same area swamped by Hurricane Harvey in 2017, drenching storm-battered Louisiana, knocking out power to hundreds of thousands of people and bringing the potential for life-threatening flash floods across the Deep South.

Nicholas made landfall on the eastern part of the Matagorda Peninsula and was soon downgraded to a tropical storm. It was about 15 miles south-southwest of Houston, Texas, with maximum winds of 60 mph as of 7 a.m. CDT Tuesday, according to the National Hurricane Center in Miami. Nicholas was the 14th named storm of the 2021 Atlantic hurricane season.

The storm was moving north-northeast at 8 mph and the center of Nicholas was expected to move slowly over southeastern Texas on Tuesday and over southwestern Louisiana on Wednesday.

Nicholas, expected to weaken into a tropical depression by Wednesday, could dump up to 20 inches of rain in parts of central and southern Louisiana.

Much of Texas' coastline was under a tropical storm warning that included potential flash floods and urban flooding. Texas Gov. Greg Abbott said authorities placed rescue teams and resources in the Houston area and along the coast.

"This city is very resilient. We know what we need to do. We know about preparing," said Turner, referencing four major flood events that have hit the Houston area in recent years, including devastating damage from Harvey.

This city is very resilient. We know what we need to do. We know about preparing.

"Right before it made landfall, it abruptly intensified into a hurricane and as it moved inland, the pressures began to rise with it. The winds have relaxed slightly and now we're getting down into tropical storm force (winds)," he said.

CenterPoint Energy reported that over 400,000 customers lost power as the storm rolled through Houston.

Numerous school districts along the Texas Gulf Coast canceled classes Monday because of the incoming storm. The Houston school district, the state's largest, as well as others, announced that classes would be canceled on Tuesday. The weather threat also closed multiple COVID-19 testing and vaccination sites in the Houston and Corpus Christi areas and forced the cancellation of a Harry Styles concert scheduled for Monday evening in Houston.

A tornado or two may be possible Tuesday along the upper Texas and southwest Louisiana coast, according to the weather service.

Nicholas brought rain to the same area of Texas that was hit hard by Harvey, which was blamed for at least 68 deaths, including 36 in the Houston area. After Harvey, voters approved the issuance of $2.5 billion in bonds to fund flood-control projects, including the widening of bayous. The 181 projects designed to mitigate damage from future storms are at different stages of completion.

But University of Miami hurricane researcher Brian McNoldy said Monday that he expected that Nicholas "will be magnitudes less than Harvey in every regard."

The worry with Nicholas will be how slowly it moves. Storms are moving slower in recent decades, and Nicholas could get stuck between two other weather systems, said hurricane researcher Jim Kossin of The Climate Service.

Louisiana Gov. John Bel Edwards declared a state of emergency Sunday night, ahead of the storm's arrival in a state still recovering from Hurricane Ida and last year's Hurricane Laura and historic flooding.

"The most severe threat to Louisiana is in the southwest portion of the state, where recovery from Hurricane Laura and the May flooding is ongoing," Edwards said.

On Monday, Misty Tran dreaded the thought of Nicholas reaching as far east as her home south of New Orleans in Empire, Louisiana. Ida damaged the roof of Tran's mobile home. A tarp covers the roof now, Tran said, but it wouldn't be a match for even a weak storm.

"A tarp can only do so much," said Tran, helping clean up at a marina where she works.

The storm was expected to bring the heaviest rainfall west of where Ida slammed into Louisiana two weeks ago. Ida has been blamed for 86 deaths throughout the United States. Across Louisiana, about 95,000 customers remained without power Tuesday morning, according to the utility tracking site poweroutage.us.