Biden, Obama, Clinton mark 9/11 in NYC with display of unity

Former U.S. Presidents Bill Clinton and Barack Obama, and President Joe Biden are among those attending the annual 9/11 Commemoration Ceremony on Saturday in New York. (Chip Somodevilla/Pool Photo via AP) 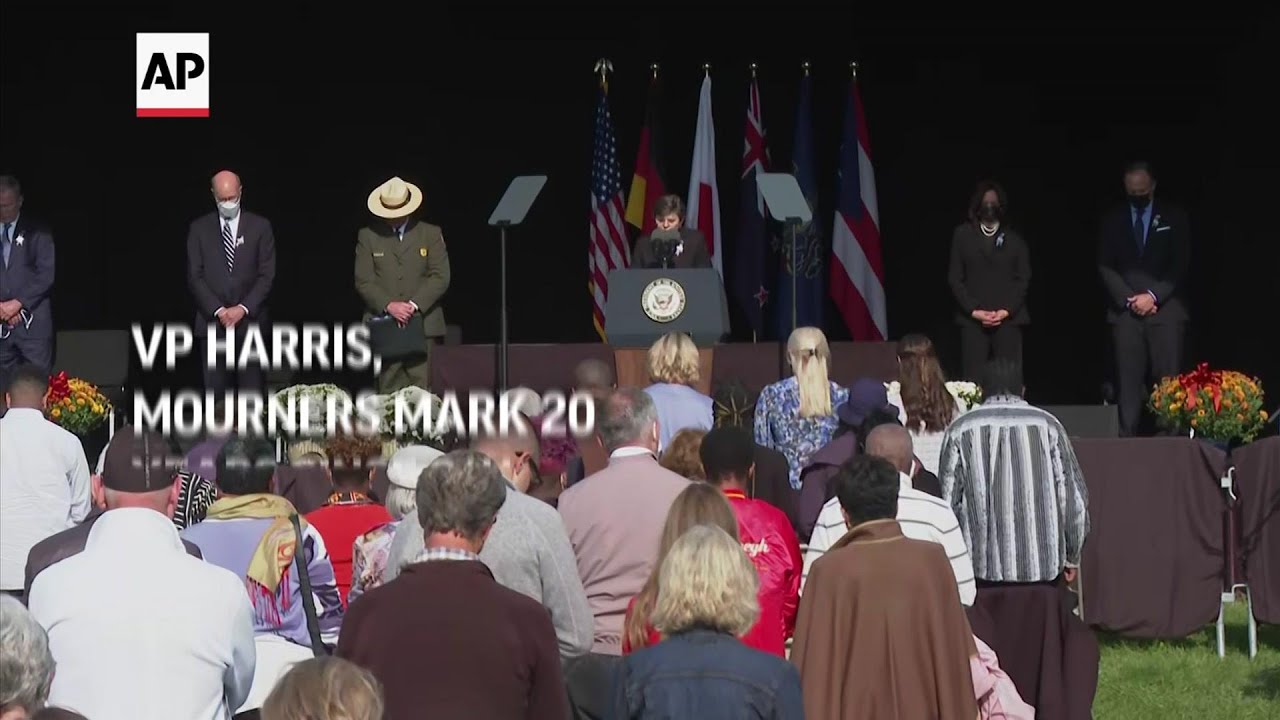 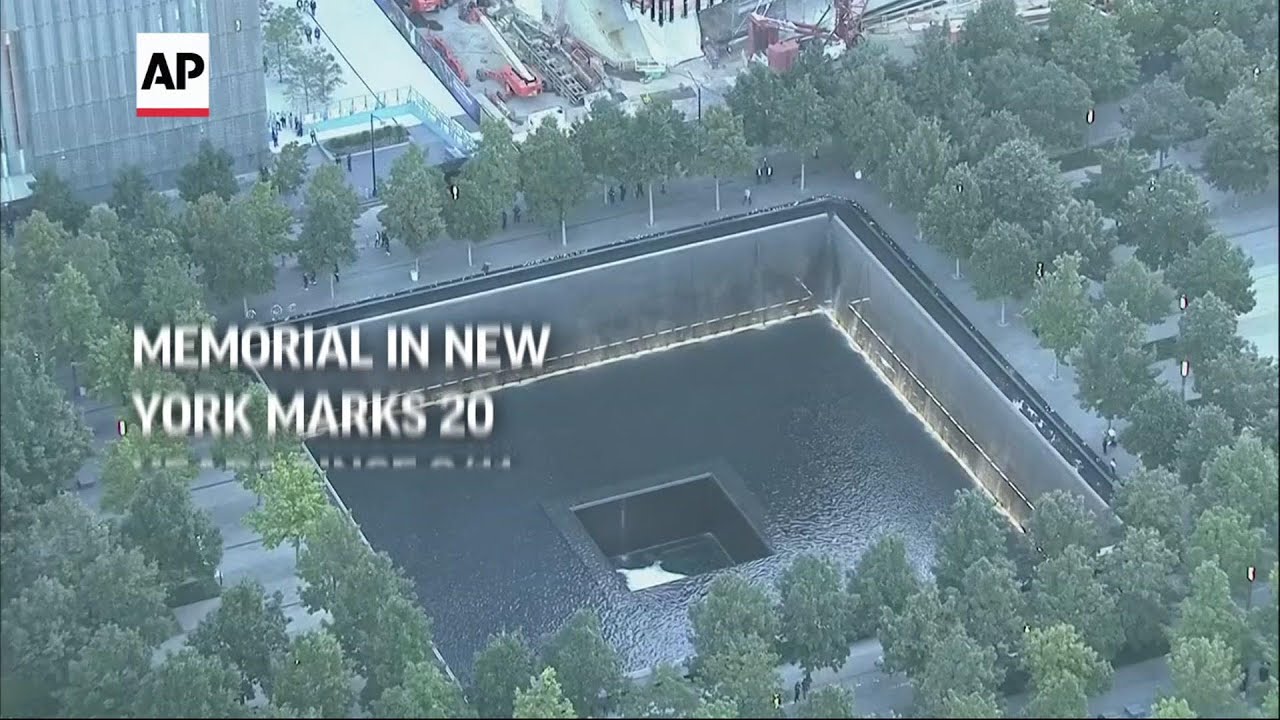 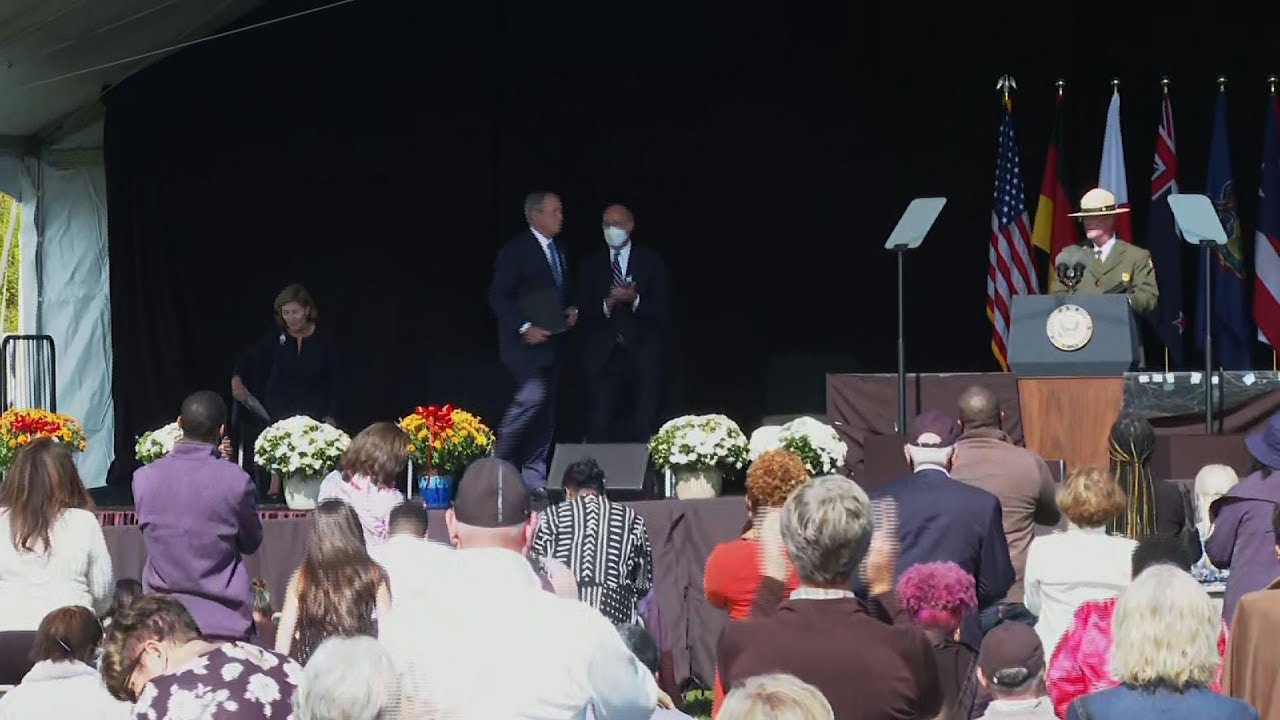 NEW YORK — Three American presidents stood somberly side by side Saturday at the National September 11 Memorial in New York, sharing a moment of silence to mark the anniversary of the nation's worst terrorist attack with a display of unity.

Presidents Joe Biden, Barack Obama and Bill Clinton gathered at the site where the World Trade Center towers fell two decades ago. Each man wore a blue ribbon and held his hands over his heart as a procession marched a flag through the memorial before hundreds of people, some carrying photos of loved ones lost in the attacks.

George W. Bush, who was president when the attacks occurred in 2001, spoke at ceremonies at a memorial near Shanksville, Pennsylvania, where passengers brought down a hijacked plane that was headed for the U.S. Capitol. The former president said 9/11 showed that Americans could unite despite their differences.

Before the New York City event began, a jet flew overhead in an eerie echo of the attacks, drawing a glance from Biden toward the sky. For much of the ceremony he stood with his arms crossed and head bowed, listening while the names of the victims were read. At one point, he wiped a tear from his eye.

Biden was a U.S. senator when hijackers commandeered four planes and carried out the attack. He was Obama's vice president in 2011 when the country observed the 10th anniversary of the strikes. Saturday's commemoration was his first as commander in chief, beginning in New York City and culminating late afternoon at the Pentagon, where the world's mightiest military suffered an unthinkable blow to its very home.

In between Biden visited the Shanksville memorial, he and his wife, Jill, walking with relatives of the crash victims into the grassy field where the jet crashed. He reflected on the need for unity when he dropped by the Shanksville Volunteer Fire Department to deliver Bud Light and thank first responders who responded to the plane crash that Sept. 11.

"Everyone says, 'Biden, why do you keep insisting on trying to bring the country together?'' the president told reporters. "That's the thing that's going to affect our well-being more than anything else."

It is now Biden who shoulders the responsibility borne by his predecessors to prevent another strike. He must do that against fears of a rise in terrorism after the hasty U.S. withdrawal from Afghanistan, where those who planned the Sept. 11 attacks were sheltered.

But on a day when his nation recalled its shock and sorrow, Biden left the speech-making to others.

Biden's vice president, Kamala Harris, spoke in Shanksville at the Flight 93 National Memorial, praising the courage of those passengers and the resilience of Americans who came together in the days after the attacks.

"In a time of outright terror, we turned toward each other," she said. "If we do the hard work of working together as Americans, if we remain united in purpose, we will be prepared for whatever comes next."

If we do the hard work of working together as Americans, if we remain united in purpose, we will be prepared for whatever comes next.

Bush, speaking before Harris, said that so much of American politics has become "a naked appeal to anger, fear and resentment."

"On America's day of trial and grief, I saw millions of people instinctively grab for a neighbor's hand, and rally for the cause of one another. That is the America I know," he said.

Biden, speaking at the Shanksville firehouse, praised Bush's message of unity, telling reporters in Pennsylvania that he thought the former president "made a really good speech today. Genuinely."

Biden mentioned that he had taken photos with some boys wearing Trump hats at the firehouse. The president framed the need for unity as a crucial to the success of democracies, asking: "Are we going to, in the next four, five, six, 10 years, demonstrate that democracies can work, or not?"

Unity was a theme that Biden emphasized in a taped address released by the White House late Friday. He spoke about the "true sense of national unity" that emerged after the attacks, seen in "heroism everywhere — in places expected and unexpected."

"To me that's the central lesson of September 11," he said. "Unity is our greatest strength."

Biden is the fourth president to console the nation on the anniversary of that dark day, one that has shaped many of the most consequential domestic and foreign policy decisions made by the chief executives over the past two decades.

Bush was reading a book to Florida schoolchildren when the planes slammed into the World Trade Center. He spent that day being kept out of Washington for security reasons — a decision then-Sen. Biden urged him to reconsider, the current president has written — and then delivered a brief, halting speech that night from the White House to a terrified nation.

The terrorist attack would define Bush's presidency. The following year, he chose Ellis Island as the location to deliver his first anniversary address, the Statue of Liberty over his shoulder as he pledged, "What our enemies have begun, we will finish."

The wars in Iraq and Afghanistan were still deadly when Obama visited the Pentagon to mark his first Sept. 11 in office in 2009.

By the time Obama spoke at the 10th anniversary, attack mastermind Osama bin Laden was dead, killed in a May 2011 Navy SEAL raid. Though the nation remained entangled overseas, and vigilant against terrorist threats, the anniversary became more about healing.

Trump pledged to get the U.S. out of Afghanistan, but his words during his first Sept. 11 anniversary ceremony in 2017 were a vivid warning to terrorists, telling "these savage killers that there is no dark corner beyond our reach, no sanctuary beyond our grasp, and nowhere to hide anywhere on this very large earth."