Your money: It's better to be reasonable than rational

This story is sponsored by Joe Griffin, CEO TrueNorth Wealth.

In the world of personal finance and investing, many believe that it's all about math. Yet, while math plays a powerful role, in Morgan Housel's recent book, "The Psychology of Money," Housel argues that finding financial success is more of a lesson in psychology than in mathematics.

Housel believes investors are better off being fairly reasonable than coldly rational because in the end, behavior and emotions end up driving much of an investor's success or downfall.

To demonstrate his point, Housel tells the story of Julius Wagner-Jauregg, a 19th century psychiatrist who won the Nobel Prize in medicine for his work to treat neurosyphilis.

Wagner-Jauregg specialized in patients with severe neurosyphilis, which had roughly a 3 in 10 survival rate at the time. Through his work, he began to recognize a surprising outcome: patients with a high fever due to a separate ailment seemed to have a greater chance of survival. So, he started to test his theory. Wagner-Jauregg began injecting patients with mild strains of typhoid, malaria, and smallpox to induce a fever, and fight off the syphilis.

As you can imagine, this was an incredibly dangerous trial, and many of the treated patients died. However, after much trial and error, his hunch was confirmed.

Wagner-Jauregg had settled on a mild version of malaria that he could easily treat after a few days of high fever. He later reported, "6 in 10 syphilis patients treated with 'malariotherapy' recovered, compared to 3 in 10 patients left alone."

Housel writes of the impact this breakthrough had at a time when fevers were feared and largely misunderstood. He says, "...Wagner-Jauregg was onto something. Fevers are not accidental nuisances. They do play a role in the body's road to recovery. We now have better, more scientific evidence of fever's usefulness in fighting infection. A one-degree increase in body's temperature has been shown to slow the replication rate of some viruses by a factor of 200."

But, Housel laments, that is where the science ends, and reality takes over. Still to this day, fevers are primarily viewed as a bad thing and are typically treated as quickly as possible to eliminate them.

If we know that fevers are an essential piece in fighting illness, why are we so quick to treat them?

Housel says it's simple, "Fevers hurt. And people don't want to be hurt."

"A doctor's goal is not just to cure disease. It's to cure disease within the confines of what's reasonable and tolerable to the patient. ...It may be rational to want a fever if you have an infection. But it's not reasonable," he continues. 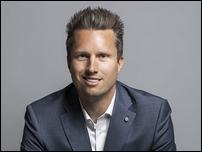 TrueNorth Wealth is a zero commission, fee-only, financial planning firm. TrueNorth Wealth specializes in high-net-worth individuals. We offer academically sound financial planning, and we educate each client on what our investment philosophy is, and why. We take an active role in helping each client examine their tax bill each year and creating meaningful strategy to manage that tax liability. If you are looking for an exceptional advisor, call TrueNorth Wealth for a no-cost consultation, today! 801-274-1820

This same logic applies to your money: it doesn't matter if you've found the mathematically optimal investment strategy, if it doesn't allow you to sleep at night, you won't stick to it.

Housel writes, "What's often overlooked in finance is that something can be technically true but contextually nonsense."

Despite being a wholly rational and mathematically optimal strategy, no investor will be able to withstand the volatility.

He goes on to say, "The researchers argued that when using their strategy "the expected retirement wealth is 90% higher compared to life-cycle funds."

For those looking to craft a reasonable financial plan that solves for sleeping well at night, here are some keys to consider.

Humans are wired to avoid losses, and some are wired stronger than others.

Part of a successful financial plan boils down to understanding your risk tolerance. Risk tolerance is your ability to weather the ups and downs of a market while still sleeping well at night. Markets rise and fall, and as an investor, you need to be mentally prepared for managing that volatility.

The benefits of a financial buffer often outweigh the drag of inefficiency.

From a mathematical standpoint, cash and bonds are typically not the most efficient use of capital, at this time. That said, they are less volatile than stocks and allow investors to create some stability in their financial plan. During lean years or a down-market, they can be as valuable as oxygen. Investing in 100% stocks may be the most rational strategy, but it's not always the most reasonable.

Invest in things you love.

There is a common sentiment among investment professionals that you should be coldly unattached to your investments—willing to cut ties and jump ship if something underperforms. On the flip side, consider this: if you invest in things you love, you will be more likely to stick it out during the tough years rather than selling out at the first sign of trouble. This allows you to stay fully invested and capture the returns that may follow.

TrueNorth Wealth is here to help.

If you're interested in crafting a reasonable financial plan that matches your unique goals, then we're here to help.

At TrueNorth Wealth, one of Salt Lake City's leading wealth management firms, we focus on helping our clients build long-term wealth while maximizing the enjoyment they receive from their money. We do this by pairing our clients with a dedicated CFP® professional backed by an incredible team. We understand that it can be challenging to maintain a long-term investment mindset, which is why we help our clients create an investment strategy that matches their specific risk tolerance and goals.

For our team at TrueNorth, it's about so much more than money. It's about serving families all across Utah and helping them achieve freedom and flexibility in their lives. To learn more or schedule a no-cost consultation, visit our website at TrueNorth Wealth or call (801) 316-1875.