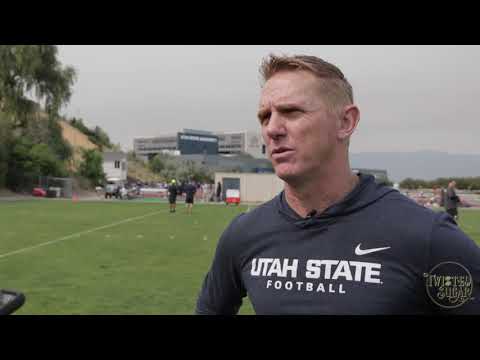 Day 1 In The Books 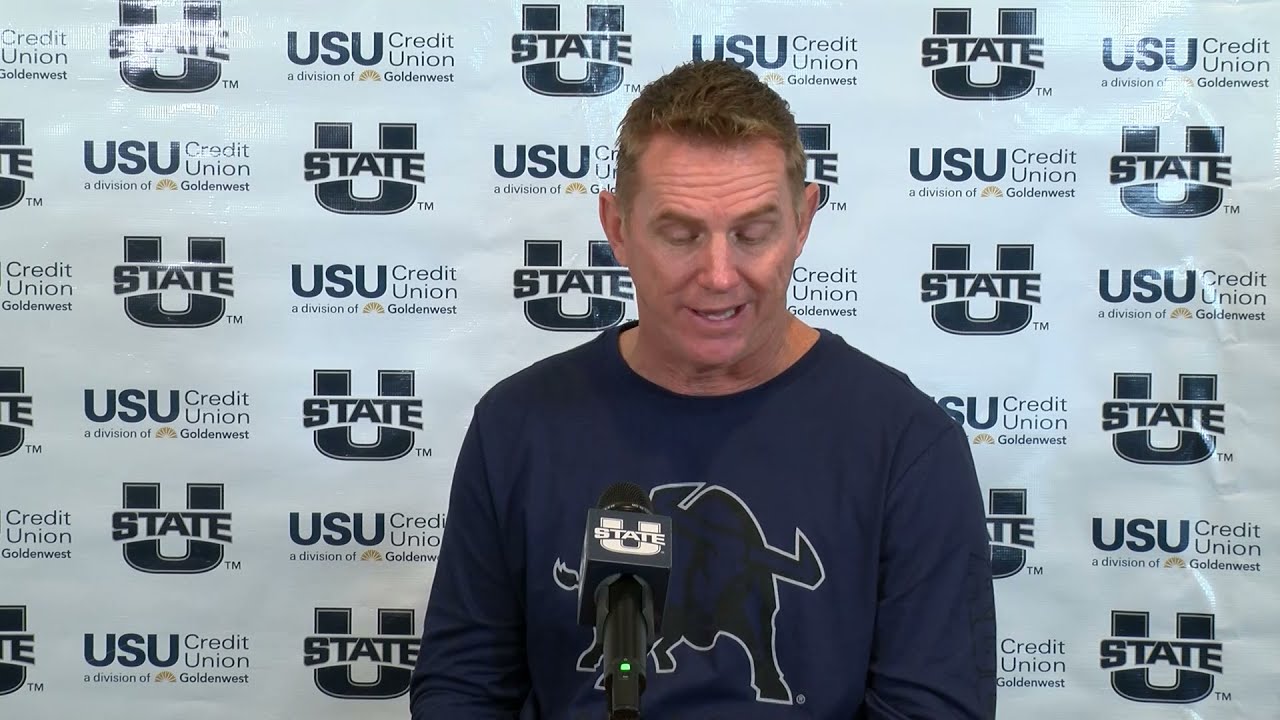 LOGAN — After the 1953 Texas A&M football team went 1-5 in Southwest Conference play, the Aggies decided they needed change. They hired Kentucky head coach Paul "Bear" Bryant, in hopes of turning the program around.

To prepare his new squad for the 1954 season, nearly 100 players went to Junction, Texas, for a grueling 10-day fall camp. Due to a brutal practice schedule and suffocating heat, only 38 players remained on the team by the end of camp.

Texas native Blake Anderson, who takes over a Utah State Aggies team that went 1-5 in Mountain West play last season, is well familiar with the famed "Junction Boys" and their experience 67 years ago.

He assured his fall camp, which kicks off Friday, that he won't threaten the health and safety of his players akin to Bryant's.

But it's also not going to be easy.

"It's going to be a long day for them because the days are gonna start at six, and you won't be out the door until nine o'clock," Anderson said.

Whether they're out on the practice field, in the weight room with Paul Jackson and the strength staff, or in position meetings, the Utah State football team will be putting in the effort.

It will be a stark contrast to last season's fall camp, where COVID-19 and former head coach Gary Andersen's relaxed approach to things didn't physically prepare the team well for the season.

"I don't think even the veterans really remember what fall camp really looks like," Anderson said. "It's a long day; it's meant to be that way to really kind of test them and challenge them, build some mental toughness and discipline, and then really find out who's committed to what we're doing."

What the Aggies are trying to do is run a high-tempo, aggressive style of play this season. That increases the need to be in tip-top physical shape.

"We're gonna be going fast-paced and everything," said junior offensive lineman Jacob South. "We're going to need to be able to be prepared like conditioning-wise."

Much of that preparation happened prior to the start of camp. The Aggie players spent the summer with Jackson and the strength and conditioning team. Beyond the typical weight lifting, time was spent developing "strength that can be applied to the field," according to South. Power cleans, box jumps, and 40-yard sprints were consistent activities. Tuesday and Thursdays were particularly demanding, with intense cardio workouts.

"He challenged them in some pretty significant ways," Anderson said.

"I think everyone's just finally ready to start playing some football because working out gets kind of monotonous. So we're all ready," South said.

The coaching staff will look to impose a competitive, intense camp, but it will probably come naturally. An array of transfers that joined the program in the offseason will challenge the 18 returning starters for their jobs. There will be position battles "all across the board," according to Anderson.

The headline battle will be at the quarterback.

The presumed starter is junior Logan Bonner, a transfer from Arkansas State that started all 11 games for the Red Wolves last season, where he passed for 3,166 yards and 30 touchdowns — earning himself an All-Sun Belt honorable mention. The junior had an injury that kept him off the field in the spring but is now healthy.

Andrew Peasley, a dual-threat player who started in two games for the Aggies last season, is also in the mix. The junior stood out in spring camp and had a great summer of training.

Other intriguing positional battles are on the offensive and defensive lines, areas in which Anderson is "really concerned" with the team's depth.

Returning starters at the offensive line are Demytrick Ali'ifua, Falepule Alo, Alfred Edwards and South. Transfers Quazzel White from TCU and Maisen Knight from Liberty are expected to play. Add junior Chandler Dolphin, who has reportedly made significant strides at center, and the starting positions are undecided.

The defensive front returns two starters in Nick Heninger and Marcus Moore, and also includes key transfers in Byron Vaughns from Texas, Patrick Joyner from Miami, and Phillip Paea from Michigan. Consider 2020 lettermen's Hale Motu'apuaka and James Hansen and there will be serious competition for starting roles.

A major blow to the program is the departure of Georgia Tech transfer Jahaziel Lee who, according to Anderson, will look to play closer to home because his mother is ill.

Additional competitions to keep an eye out for are the running back position, with returners John Gentry and Devontae Henry-Cole, and Oregon State transfer Calvin Tyler Jr. each in the mix.

At cornerback, starters Cam Lampkin and Andre Grayson both return, but will be tested by Kansas transfer Kyle Mayberry and Michigan transfer Hunter Reynolds.

Thus, on the first day of fall camp, there are several question marks that will hopefully be answered over the course of the next month. But one thing can be known for certain: There is a new coach in town, and he means business.