Haiti's President Jovenel Moise speaks during the investiture ceremony of the independent advisory committee for the drafting of the new constitution at the National Palace in Port-au-Prince, Haiti October 30, 2020. Haiti's police has killed or apprehended the suspected killers of President Moise, officials said on Thursday, and are hunting for the masterminds behind the assassination that stunned the impoverished Caribbean nation. (Andres Martinez Casares, Reuters) 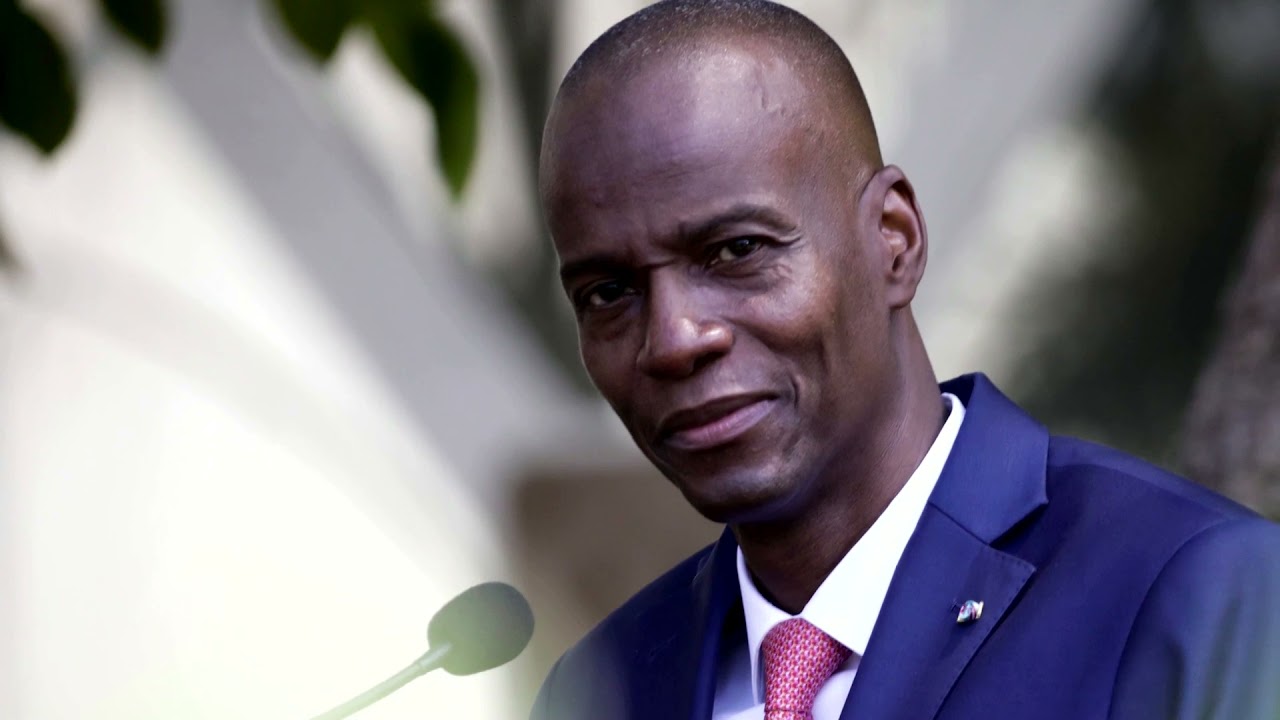 PORT-AU-PRINCE (Reuters) — Haiti's police have killed or apprehended the suspected killers of President Jovenel Moise, officials said on Thursday, and are hunting for the masterminds behind the assassination that stunned the impoverished Caribbean nation.

Moise, 53, was shot dead early on Wednesday at his home by what officials said was a commando of apparently foreign, trained killers, pitching the poorest country in the Americas deeper into turmoil amidst political divisions, hunger, and widespread gang violence.

Police Chief Leon Charles said in a televised briefing on Thursday that authorities had tracked down the suspected assassins to a house near the scene of the crime in Petionville, a northern suburb of the capital Port-au-Prince.

A fierce firefight lasted late into the night and six suspects were taken in custody, while three bodies were retrieved. Police were heavily patrolling the area from early on Thursday.

"We have the physical authors, now we are looking for the intellectual authors," Charles said.

James Solages, a U.S. citizen of Haitian descent, is one of the six people arrested so far, reported the Washington Post, citing Mathias Pierre, Haiti's minister of elections and interparty relations. He told the paper that at least one other detainee is also believed to be a Haitian American.

Officials in mostly French and Creole-speaking Haiti said on Wednesday that the assassins appeared to have spoken in English and Spanish.

A crowd of locals gathered on Thursday morning to watch the police operation unfold, with some setting fire to the suspects' cars and to the house where they had bunkered down. Bullets were strewn in the street.

Haitian President Jovenel Moise was shot dead by gunmen with heavy-caliber weapons in his private residence overnight on Wednesday, sparking an international outcry amid fears of a descent into chaos in the impoverished Caribbean nation.

Charles said it was the local population that had helped police track down the suspects but he implored citizens not to take justice into their own hands.

Earlier on Thursday, locals brought the bodies of two suspected assassins to the Petionville police station.

A 15-day state of emergency was declared on Wednesday to help authorities apprehend the killers. But interim Prime Minister Claude Joseph said on Thursday it was time for the economy to reopen and said he had given instructions for the airport to restart operations.

Officials have not given a motive for the killing so far. Since he took office in 2017, Moise had faced mass protests against his rule - first over corruption allegations and his management of the economy, then over his increasing grip on power.

Moise's death has generated confusion about who is the legitimate leader of the country of 11 million people, which shares the island of Hispaniola with the Dominican Republic.

That does not bode well in a nation that has struggled to achieve stability since the fall of the Duvalier dynastic dictatorship in 1986, grappling with a series of coups and foreign interventions.

"I can picture a scenario under which there are issues regarding to whom the armed forces and national police are loyal, in the case there are rival claims to being placeholder president of the country," said Ryan Berg, an analyst with the Center for Strategic & International Studies.

Haiti's 1987 constitution stipulates the head of the supreme court should take over. But amendments that are not unanimously recognized state it be the prime minister, or, in the last year of a president's mandate – like in the case of Moise – the parliament should elect a president.

Adding further complications: the head of the supreme court died last month due to COVID-19 amid a surge in infections in one of the few countries worldwide to have yet to start a vaccination campaign.

There is no sitting parliament as Haiti failed to hold legislative elections in late 2019 amid political unrest.

And Moise had just this week appointed a new prime minister, Ariel Henry, to take over from Joseph, although he had yet to be sworn in when the president was killed.