Home surveillance video shows the bear walking along the top of a concrete brick wall with two cubs when four dogs ran toward them, barking and growling. Hailey Morinico pushed the bear off the wall to protect her dogs. (Citlally Morinico) 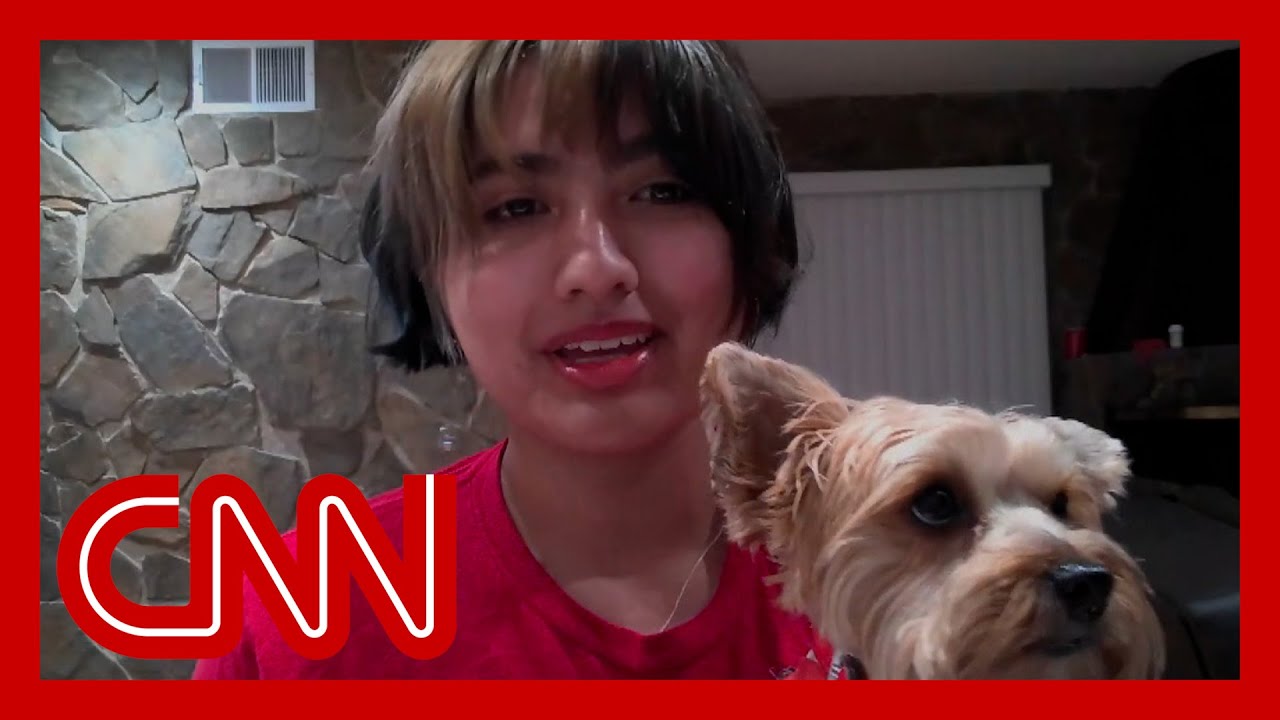 YouTube: Watch teen fight off bear to save her dog | CNN

LOS ANGELES (CNN) — Hailey Morinico wasn't really thinking when she confronted the black bear that wandered into the backyard of her California home on Monday — she just knew she had to protect her dogs.

"I had about, I'd say, two seconds to think and the first thing that popped into my head was to push the bear off the ledge," the 17-year-old told CNN New Day on Wednesday.

The family lives in Bradbury, California, which is near Los Angeles in the foothills of the San Gabriel Mountains.

Home surveillance video shows the bear walking along the top of a concrete brick wall with two cubs when four dogs ran toward them, barking and growling.

The bear swiped at the larger dog a few times with its paws and then seemed to try to pick up Valentina — a 3-year-old Yorkie that was right in the middle of the action.

Morinico told CNN that Valentina is her mom's emotional support dog and an important part of the family.

"I couldn't bear to let anything happen to her because I know the pain would have been way too much for my mom to handle," she said. "Really, I think that I did this for her."

When she got to the dogs, she realized that she was face to face with the bear.

"I had to push her with a pretty good amount of force, but it was just enough that she was able to lose her balance and she was able to fall off to the other side," Morinico said. "Those few moments that I had, that's what let me run away with my dogs, and my life, really."

Wildlife experts are urging for people to know their bear safety before they head out into the Utah wilderness this spring and summer because the lingering drought across the state could lead to more aggressive bear encounters.

The bear and her cubs could be seen running in the opposite direction as Morinico scooped up one of the dogs and shooed the others toward the house.

She had a splint on her left index finger, which she hurt in all the commotion.

"I think I jammed it somehow, but I didn't feel the pain until afterward," she said. "All the madness and adrenaline, it really didn't make me feel anything."

Once the bear was gone, Morinico said she was shaking and her mom was crying as she told her what had happened.

"It's horrifying to see your daughter approach a huge bear and just thinking that the bear could have swiped at her face and we would be having another kind of news today," Hailey's mom, Citlally Morinico, told CNN affiliates KCBS/KCAL.

A spokesman for the California Department of Fish and Wildlife told CNN the mother bear weighed about 150 pounds and the cubs were probably a few months old.

Black bears are the only bear species in California and the CDFW estimates that there are between 25,000 and 30,000 living in the state.

The department was not called about the bear and learned about the incident through social media.

"Though we understand people doing what they do to protect pets, we DON'T advise anyone get that close or confrontational with a bear," CDFW public information officer Tim Daly said in an email. "She's very lucky to not have been seriously injured."

Wildlife officials did not try to locate the bear because she was just trying to defend herself, he said.

Volunteers will be handing out flyers in the area with information on bear behavior and tips on how to avoid encounters with the animals.