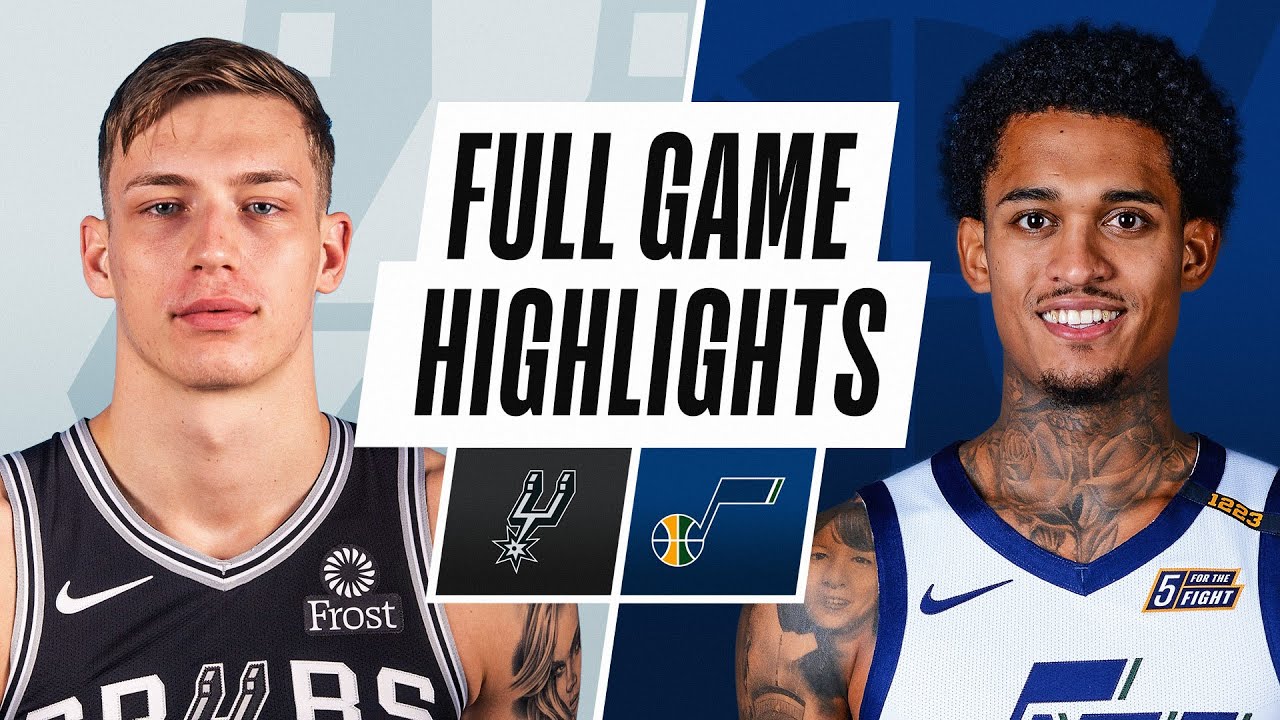 SALT LAKE CITY — Joe Ingles was so wide open that it appeared like he thought the game might have been stopped.

Nope, the San Antonio Spurs just weren't guarding him. After having enough time to fully analyze the wing 3-pointer he was about to attempt, Ingles pulled the trigger. The result was predictable.

That was his first 3-pointer of the second quarter. Moments later, after he made his second, he looked over at the Spurs' bench as if to ask, "Why aren't you guarding me?"

He wasn't the only Utah Jazz player that could have asked that on Wednesday.

If Jazz were fans were wondering who their team's preferred opening round playoff opponent was, Wednesday's game could have revealed the answer.

The Spurs were given two days to make adjustments against a Jazz team missing its starting All-Star backcourt. Surely Gregg Popovich would figure something out, right?

The Jazz (48-18) players took turns tormenting the Spurs. First, it was Bojan Bogdanovic who posted up and drove his way to 14 points in the first quarter; then Jordan Clarkson clapped in and hit five of his first six shots; next, it was Ingles' turn as he put up 11 points in the second quarter as Utah's lead soon became insurmountable.

The Jazz went on a 15-0 run in the second quarter and it was curtains from there. Utah led by 24 at halftime and never looked back.

Shooting a 3 has almost been the default option for the Jazz this season, but that wasn't necessarily the case for Bogdanovic and Clarkson in their big games on Wednesday. Clarkson was 10-of-12 from inside the arc, using his whole arsenal of floaters to attack the Spurs.

Bogdanovic, meanwhile, feasted in the post — something that is becoming more and more effective — and was able to beat help defense to the rim for layups. He was 7-of-9 from inside the arc.

"We are trying to run," Bogdanovic said. "Our defense was great these two games against San Antonio, so we had opportunities to run. Joe had a couple easy, easy buckets at the beginning of the game (in the second quarter) with them going under on screens, and then they had their bigs way back so we were pretty, pretty efficient. (We're) just trying to play faster."

After going through a swoon without Donovan Mitchell and Mike Conley, the Jazz have reached their early-season levels of not only efficiency but all around fun. On one play, for example, Clarkson ran a give-and-go with Ingles and then passed it behind his back to Georges Niang for an open 3 — that's fun basketball. And it's re-emerging just at the perfect time; Utah has just six games left in the regular season.

"We're trying to execute and we're trying to compete," Snyder said. "And those two things create rhythm. … I thought we competed especially after playing the team for the second time. Sometimes that becomes more challenging."

It clearly wasn't much of one for the Jazz on Wednesday.

Playoff update: With the win, the Jazz (48-18) moved back on top of the Western Conference standings; and with the Phoenix Suns' loss at Atlanta on Wednesday, the Jazz now have a full one-game lead for the No. 1 seed with just six games remaining.

Both teams will return to the court Friday with the Jazz facing Denver at home and Phoenix hosting the New York.