The +/- kings, Mike Conley and Rudy Gobert, lord over Rockets 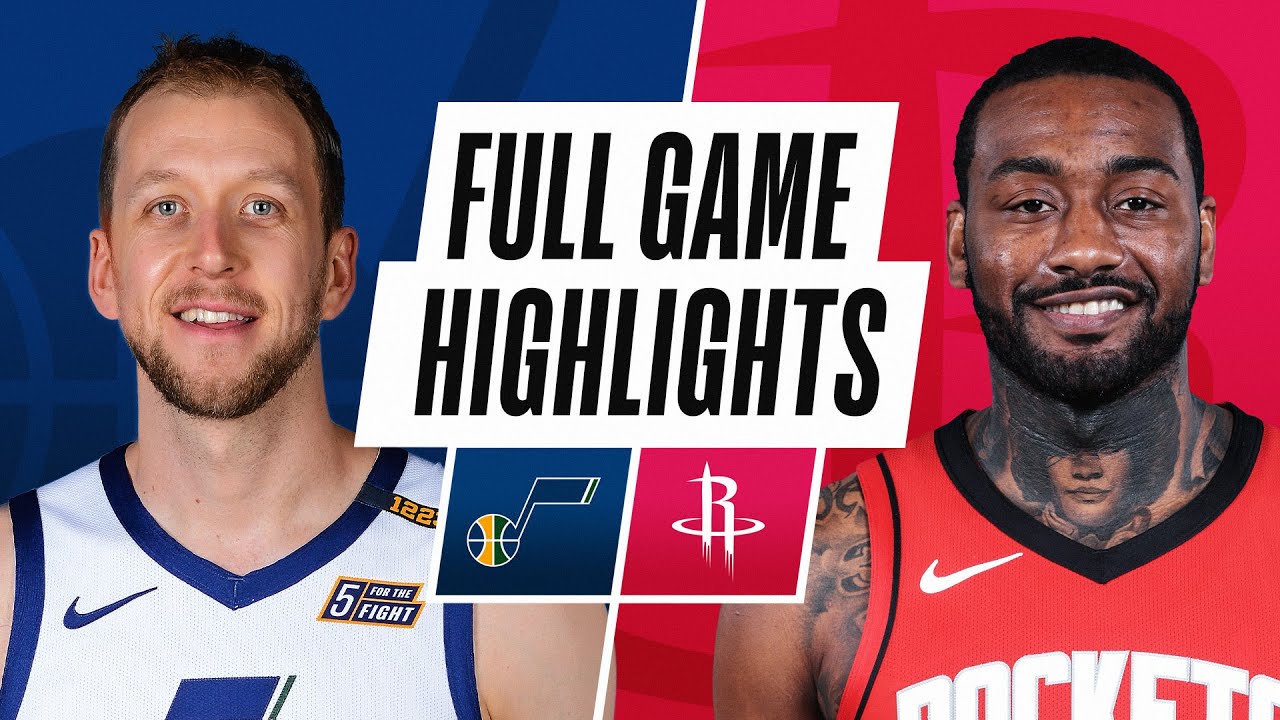 SALT LAKE CITY — Joe Ingles has a theory of why Mike Conley and Rudy Gobert's plus/minus numbers were so ridiculous in the Utah Jazz's 112-89 win over the Houston Rockets Wednesday at Toyota Center.

"I think they play harder when I'm out," Ingles said. "They told me that they try and get their plus/minus up when I'm out so I look bad, which is incredibly selfish of our guys."

Game-by-game plus/minus is a fickle stat, no doubt. But sometimes the numbers pop so big that it's hard to ignore. That's what happened on Wednesday in Utah's easy victory over the Rockets.

The Jazz (44-15) have been rolling out the Conley-Gobert combo all season long and it has been torching opponents. Gobert leads the league in plus-minus at plus-611 and Conley is second at plus-516. That discrepancy there is due to Conley missing some time because an injury — but for the most part the tandem is tethered together. They sub out together and they sub in together.

So what's been the secret to that success?

"Well, it starts with the fact that they're both really good players," Jazz coach Quin Snyder said. "And I think one of the things, going back to last year is it takes time for guys to find synergy playing."

Conley and Gobert figured out how to play with each other. They spent time in the offseason training as a duo to get each other's movements and timing locked in.

"I think we've learned each other's games, so well over the time we've had over the last year and a half," said Conley, who had 11 points and 13 assists in Utah's blow victory.

Gobert finished with 19 points and 18 rebounds.

Conley and Gobert pushed the Jazz out to a 9-point lead in the first six minutes before both heading to the bench. When they came back, the lead was down to 2. By their next break, five minutes later, Utah's lead had grown to 12 again.

That's how the first half went: If Conley and Gobert weren't in the game, the Rockets looked like they had a puncher's chance. If they were, it was curtains.

"It obviously shows the impact those guys have on the game," said Ingles, who had 21 points, six rebounds and four assists — but only a frail plus-15. "I don't know if it's a pointless stat or not — that's for the Twitter world to have a conversation about. But, I mean, if you told me something like that and the number that is, that's a pretty ridiculously high number, so it shows the impact those guys have for sure."

Gobert and Conley are very good players, yes, but Wednesday's "ridiculously high" plus/minus may have been pretty predictable, too.

Snyder has staggered his rotations all season, meaning Conley and Gobert go out before the halfway mark of the first quarter and then return near the end of the quarter. They take another breather four minutes or so into the second quarter and then return to close out the half. It's more or less the same in the second half as well. That means they are up against a lot of bench units, especially at the end of the first and third quarters.

The famed 10-0 runs the Jazz have gone on consistently this season? Those often happen as Gobert and Conley blitz second units.

It's not a secret the Rockets aren't very good. They've won 15 games this season as they've swung multiple major trades, dealt with numerous injuries and just had a player get assaulted outside of a club early Monday morning.

It hasn't been a great season, to say the least.

Their starting lineup on Wednesday of Jae'Sean Tate, Kelly Olynyk, Christian Wood, Armoni Brooks and John Wall is made up of multiple players that wouldn't have a rotation spot on contending teams. Or in other terms: it's a slightly glorified bench unit.

So Conley and Gobert putting up huge numbers against it shouldn't have been too much of a surprise (and maybe even a worry since those lineups won't be played as much in the postseason).

That said, actually seeing plus-44 and plus-46 on a box score — especially in such short minutes — is no doubt impressive.

"With me getting a little bit more comfortable in the offense, and defensively, quite frankly, me being able to give a little bit more on that end, I think (Rudy) really enjoys that and it kind of gets him going on the offensive end and it gets him running harder," Conley said "Gets him setting harder screens and rolling, knowing that I'm looking to make a play, I'm looking for him every time I come down and looking to throw a lob. … He just really feeds well off of just the unselfish nature that we have together."

Though Ingles would argue — at least jokingly — that it's all out of selfishness in the end.

"I couldn't care less about mine but if they did talk about trying to keep mine down and that's really selfish of them."