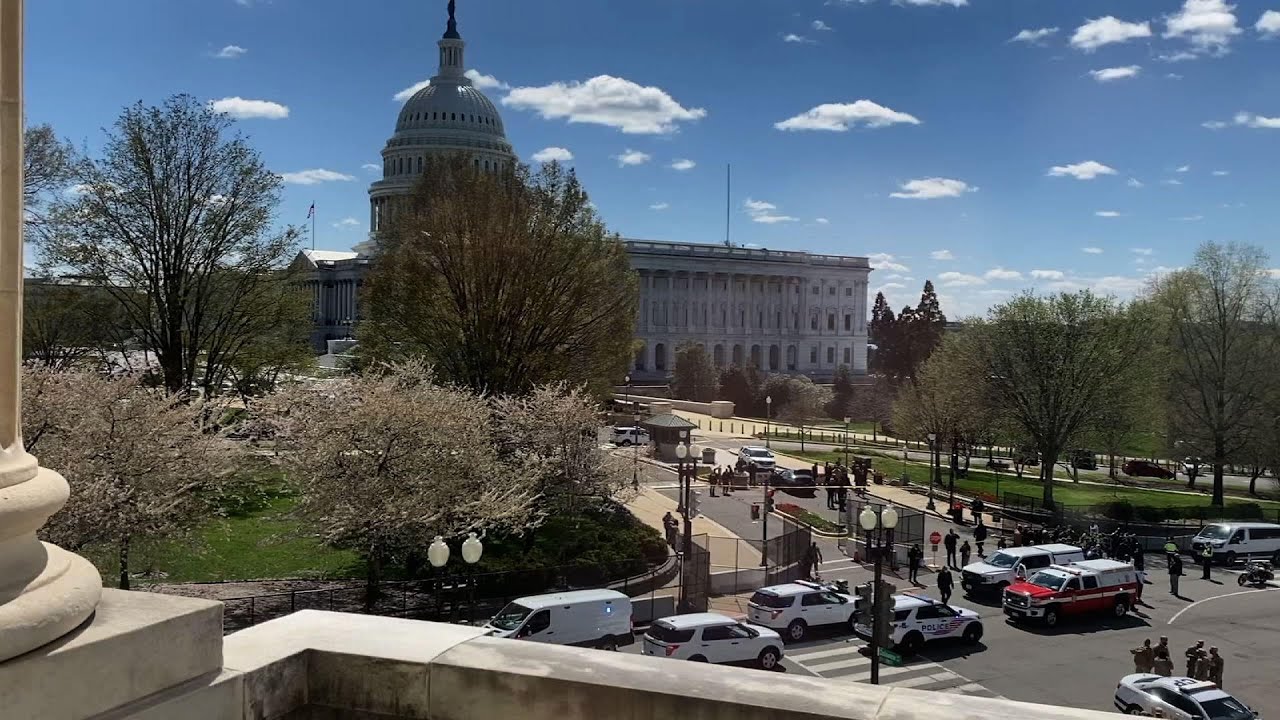 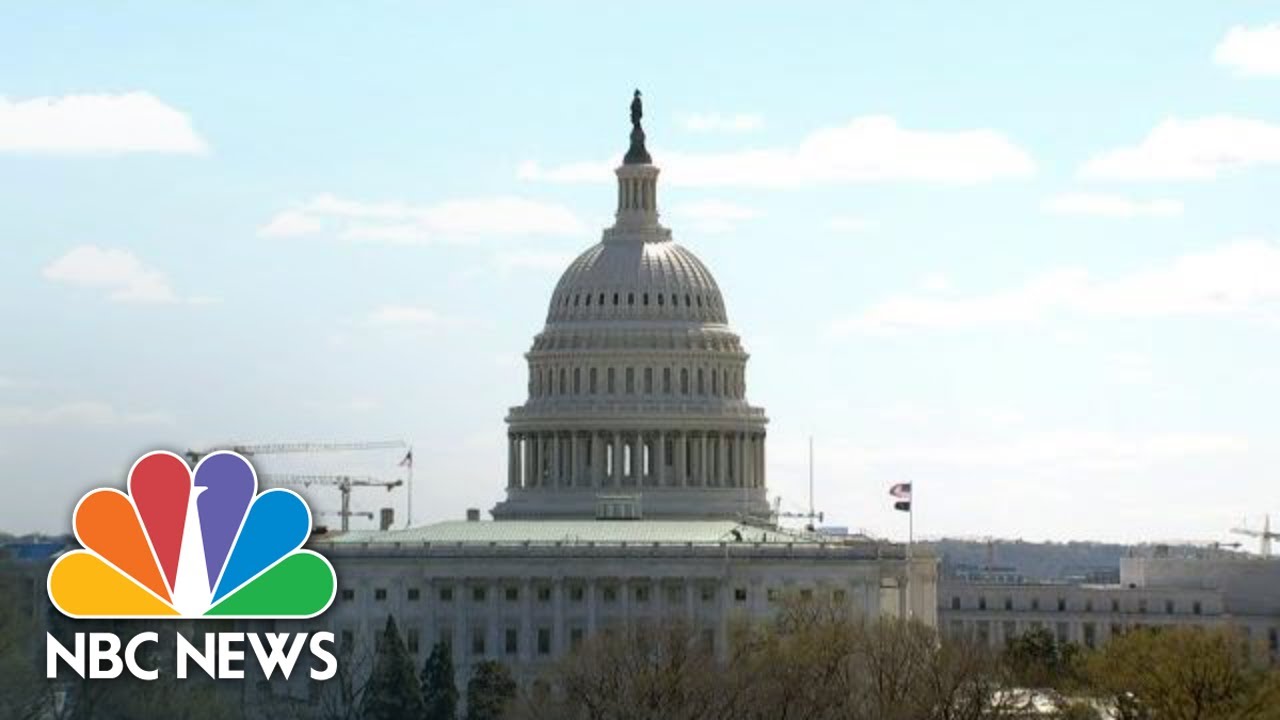 WASHINGTON (AP) — A Capitol Police officer was killed Friday after a man rammed a car into two officers at a barricade outside the U.S. Capitol and then emerged wielding a knife. It was the second line-of-duty death this year for a department still struggling to heal from the Jan. 6 insurrection.

Video shows the driver of the crashed car emerging with a knife in his hand and starting to run at the pair of officers, Capitol Police Acting Chief Yogananda Pittman told reporters. Authorities shot the suspect, who died at a hospital.

Police identified the slain officer as William "Billy" Evans, an 18-year veteran who was a member of the department's first responders unit.

Two law enforcement officials told The Associated Press that investigators initially believed the suspect stabbed one of the officers, but it was later unclear whether the knife actually made contact, in part because the vehicle struck the officers with such force. The officials were not authorized to publicly discuss the investigation and spoke on condition of anonymity.

Authorities said there wasn't an ongoing threat, though the Capitol was put on lockdown for a time as a precaution. There was also no immediate connection apparent between Friday's crash and the Jan. 6 riot.

Law enforcement officials identified the suspect as 25-year-old Noah Green. Investigators were digging into his background and examining whether he had any mental health history as they tried to discern a motive. They were also working to obtain warrants to access his online accounts.

CRITICAL INCIDENT: USCP is responding to the North Barricade vehicle access point along Independence Avenue for reports someone rammed a vehicle into two USCP officers. A suspect is in custody. Both officers are injured. All three have been transported to the hospital. pic.twitter.com/4TXIdulJc6

Pittman said the suspect did not appear to have been on the police's radar. But the attack underscored that the building and campus — and the officers charged with protecting them — remain potential targets for violence.

Green described himself as a follower of the Nation of Islam and its founder, Louis Farrakhan, and spoke of going through a difficult time where he leaned on his faith, according to recent messages posted online that have since been taken down. The messages were captured by the group SITE, which tracks online activity.

President Joe Biden said in a statement that he and his wife were heartbroken to learn of the attack and expressed condolences to Evans' family. He directed flags at the White House to be lowered to half staff. Utah Gov. Spencer Cox also ordered Friday for flags to be lowered "as a sign of respect for the victims of the attack at the United States Capitol."

The crash and shooting happened at a security checkpoint near the Capitol typically used by senators and staff on weekdays, though most were away from the building for the current recess. The attack occurred about 100 yards from the entrance of the building on the Senate side of the Capitol. One witness, the Rev. Patrick Mahoney, said he was finishing a Good Friday service nearby when he heard three shots ring out.

The Washington region remains on edge nearly three months after a mob of insurrectionists loyal to former President Donald Trump stormed the Capitol as Congress was voting to certify Biden's presidential win.

Five people died in the Jan. 6 riot, including Capitol Police officer Brian Sicknick, who was among a badly outnumbered force trying to fight off the intruders seeking to overturn the election. Authorities installed a tall perimeter fence around the Capitol and for months restricted traffic along the roads closest to the building, but they had begun pulling back some of the emergency measures. Fencing that prevented vehicular traffic near that area was only recently removed.

Evans was the seventh Capitol Police member to die in the line of duty in the department's history, according to the Officer Down Memorial Page, which tracks deaths of law enforcement. In addition, two officers, one from Capitol Police and another from Washington's Metropolitan Police Department, died by suicide following the Jan. 6 attack.

Almost 140 Capitol Police officers were wounded in that attack, including officers not issued helmets who sustained head injuries and one with cracked ribs, according to the officers' union. It took hours for the National Guard to arrive, a delay that has driven months of finger-pointing between that day's key decision-makers.

Capitol Police and National Guard troops were called upon soon afterward to secure the Capitol during Biden's inauguration and faced another potential threat in early March linked to conspiracy theories falsely claiming Trump would retake the presidency.

"Today, once again, these heroes risked their lives to protect our Capitol and our country, with the same extraordinary selflessness and spirit of service seen on January 6," House Speaker Nancy Pelosi said in a statement. "On behalf of the entire House, we are profoundly grateful."

The U.S. Capitol complex was placed on lockdown for a time after Friday's shooting, and staffers were told they could not enter or exit buildings. Video showed Guard troops mobilizing near the area of the crash.

Video posted online showed a dark-colored sedan crashed against a vehicle barrier and a police K-9 dog inspecting the vehicle. Law enforcement and paramedics could be seen caring for at least one unidentified individual.