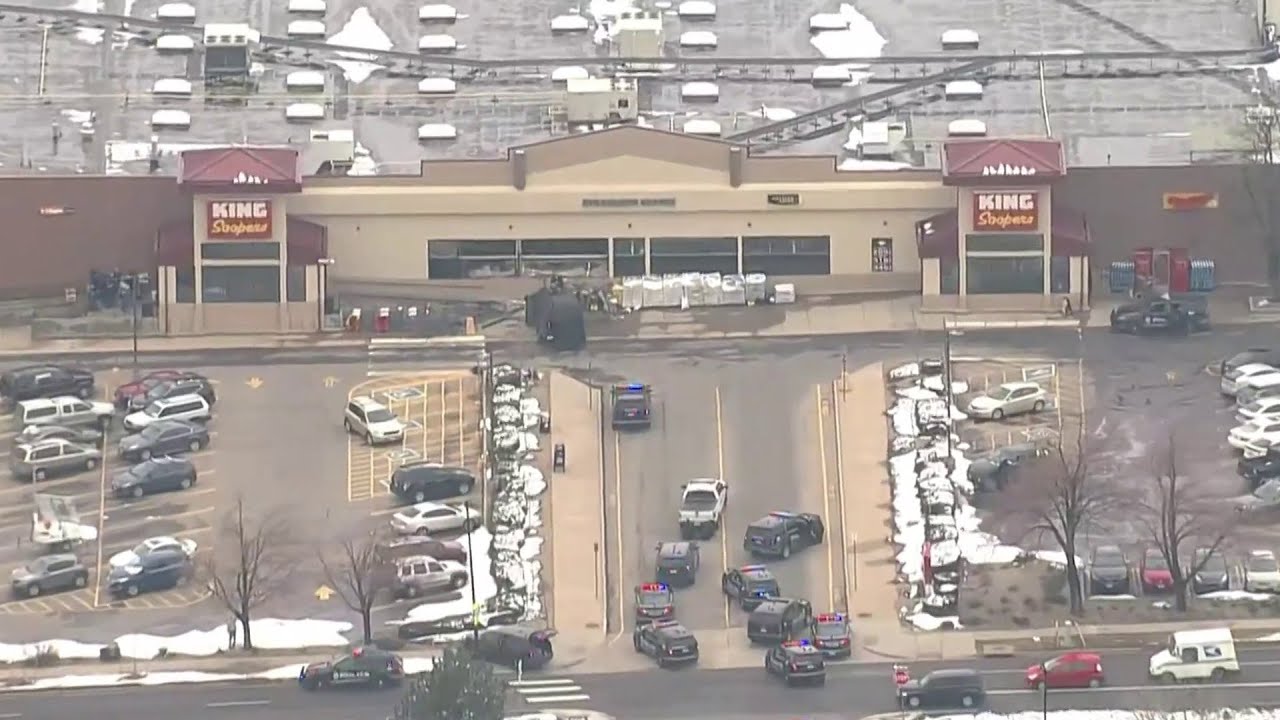 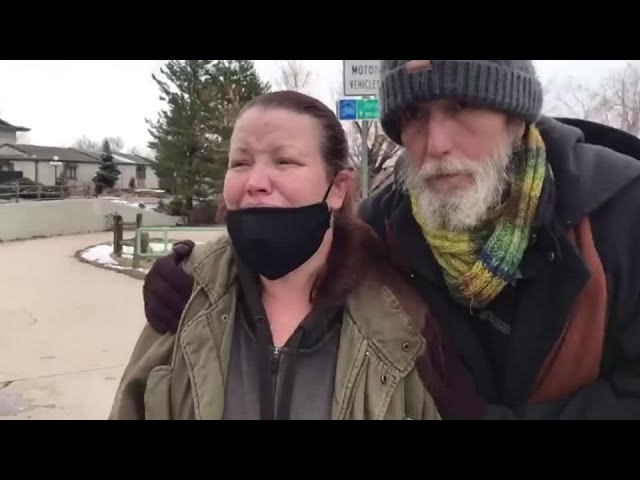 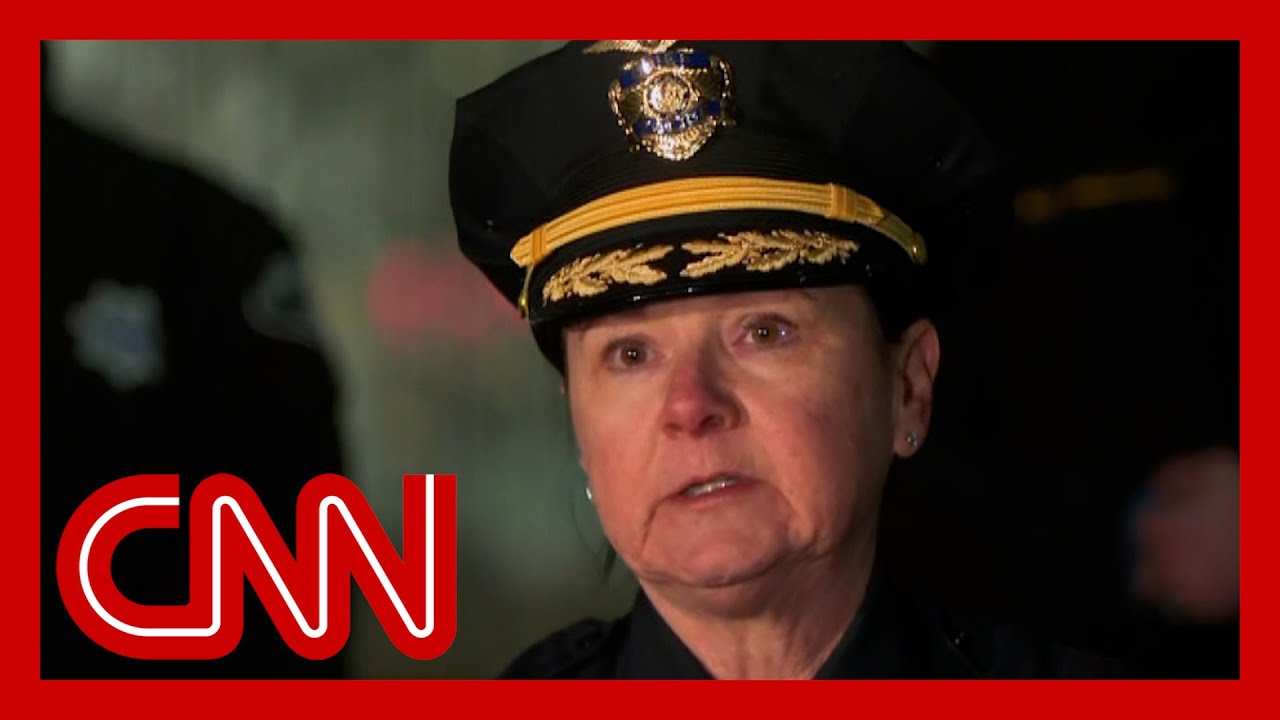 BOULDER, Colo. (AP) — A shooting at a Colorado supermarket killed 10 people Monday, including a police officer who was the first to respond to the scene, authorities said.

Police arrested a suspect, but didn't reveal his name or any details about the shooting at an evening news conference where Boulder police Chief Maris Herold fought back tears.

Investigators had just begun sorting through evidence and witness interviews and didn't have details on a motive for the shooting at the King Soopers store in Boulder, which is about 25 miles northwest of Denver and home to the University of Colorado, said Boulder County District Attorney Michael Dougherty.

"This is a tragedy and a nightmare for Boulder County," Dougherty said. "These were people going about their day, doing their shopping. I promise the victims and the people of the state of Colorado that we will secure justice."

The attack was the seventh mass killing this year in the U.S., following the March 16 shooting that left eight people dead at three Atlanta-area massage businesses, according to a database compiled by The Associated Press, USA Today and Northeastern University.

It follows a lull in mass killings during the pandemic in 2020, which had the smallest number of such attacks in more than a decade, according to the database, which tracks mass killings defined as four or more dead, not including the shooter.

The slain officer was identified as Eric Talley, 51, who had been with Boulder police since 2010, Herold said. He went to the store after a call about shots fired and someone carrying a rifle, she said.

Rest In peace Officer Eric Talley. Your service will never be forgotten #BoulderShootingpic.twitter.com/FVximvhS2E

"He was by all accounts one of the outstanding officers of the Boulder Police Department, and his life was cut too short," Dougherty said of Talley.

Identities of the other nine victims were not disclosed Monday night as police were still notifying their family members.

Matthew Kirsch, the acting U.S. attorney for Colorado, pledged that "the full weight of federal law enforcement" will support the investigation. He said investigators from the Bureau of Alcohol, Tobacco, Firearms and Explosives were at the crime scene, along with FBI agents.

Officers had escorted a shirtless man with blood running down his leg out of the store in handcuffs but authorities would not say if he was the suspect. They did say the suspect was receiving medical care and was the only person injured who did not die.

Officials have not said whether the suspect is the person who was taken from the shooting scene to Foothills Hospital in Boulder. The hospital will not release any further information on the patient, said Rich Sheehan, spokesman for Boulder Community Health, which operates the hospital.

Dean Schiller told The Associated Press that he had just left the supermarket when he heard gunshots and saw three people lying face down, two in the parking lot and one near the doorway. He said he "couldn't tell if they were breathing."

Video posted on YouTube showed one person on the floor inside the store and two more outside on the ground. What sounds like two gunshots are also heard at the beginning of the video.

Law enforcement vehicles and officers massed outside the store, including SWAT teams, and at least three helicopters landed on the roof. Some windows at the front of the store were broken.

At one point, authorities said over a loudspeaker that the building was surrounded and that "you need to surrender."

Sarah Moonshadow told the Denver Post that two shots rang out just after she and her son, Nicolas Edwards, finished buying strawberries. She said she told her son to get down and then "we just ran."

Once they got outside, she said they saw a body in the parking lot. Edwards said police were speeding into the lot and pulled up next to the body.

James Bentz told the Post that he was in the meat section when he heard what he thought was a misfire, then a series of pops.

"I was then at the front of a stampede," he said.

Bentz said he jumped off a loading dock out back to escape and that younger people were helping older people off of it.

Colorado Gov. Jared Polis tweeted a statement that his "heart is breaking as we watch this unspeakable event unfold in our Boulder community."

Police had told people to shelter in place amid a report of an "armed, dangerous individual" about 3 miles away from the grocery store but said at the news conference later that it wasn't related to the shooting.

In a statement, the King Soopers chain offered "thoughts, prayers and support to our associates, customers, and the first responders who so bravely responded to this tragic situation. We will continue to cooperate with local law enforcement and our store will remain closed during the police investigation."

Kevin Daly, owner of Under the Sun Eatery and Pizzeria Restaurant a block or so from the supermarket, said he was in his shop when he saw police cars arriving and shoppers running from the grocery store. He said he took in several people to keep them warm, and others boarded a bus provided by Boulder police and were taken away.

Nieberg is a corps member for the Associated Press/Report for America Statehouse News Initiative. Report for America is a nonprofit national service program that places journalists in local newsrooms to report on undercovered issues.