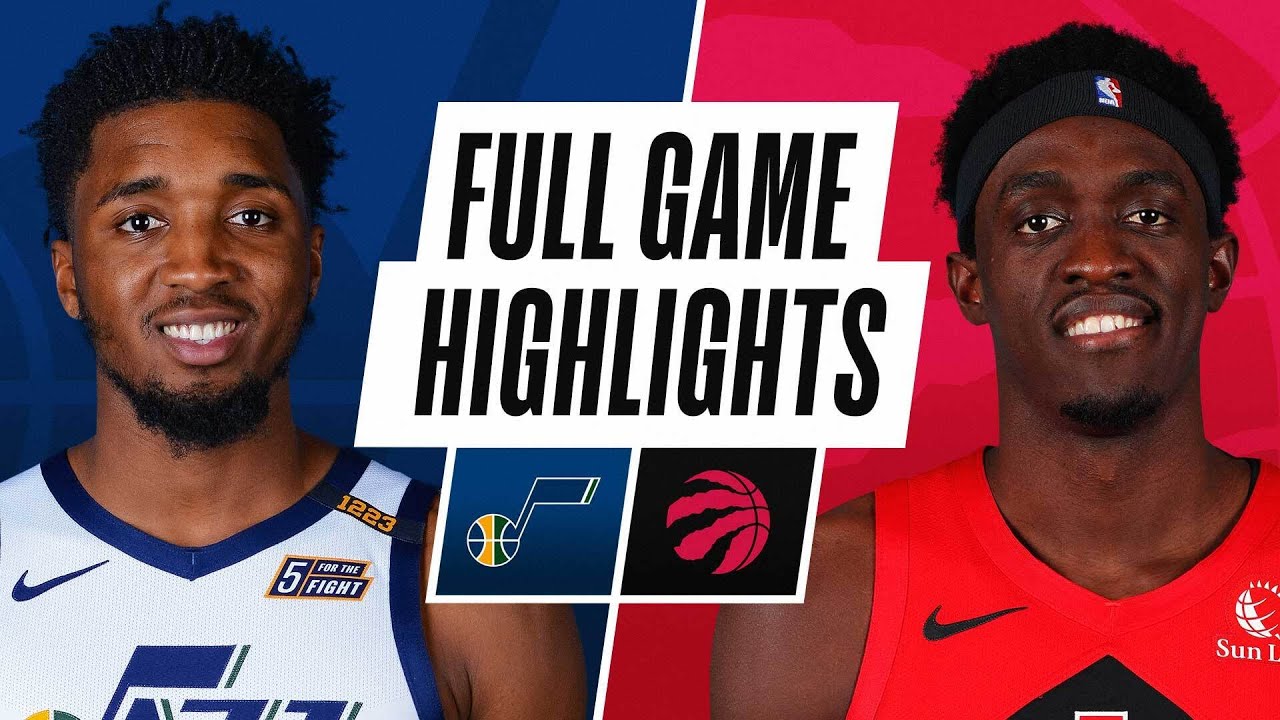 SALT LAKE CITY — A smile started to grow on Donovan Mitchell's face as the question was being asked. He knew it was going to come. He had taken over down the stretch — scoring 8 straight points in the final 1:25 to help the Utah Jazz top the Toronto Raptors 115-112 — so of course that was going to be brought up.

He was ready for it.

"Play hero ball," Mitchell said extremely tongue in cheek as he started to laugh. "I'm sorry. I told (Jazz PR) I was gonna say that at least twice this interview."

No one can accuse the young All-Star of not having a sense of humor. The jokes and playful banter made a return to the Jazz locker room on Friday. It's easy to have some fun when you win, and even easier when you play well in victory.

The Jazz looked a bit more like themselves on Friday in Tampa, Florida — the Raptors' temporary home — even if they did just escape at the last minute.

The ball went in, then out, then rolled around, and just as it looked like it was about to drop into the hoop, it fell harmlessly off the rim. Pascal Siakam's potential game-tying 3 was as close to going in as it could have been without actually going in.

The Jazz will take it — and, honestly, they earned this one. Against most teams, Mitchell would have spent the last few minutes of the contest sitting on the bench watching some young teammates finish things off. In this one, well, the Jazz had some ridiculously hot 3-point shooting to contend with.

The Raptors were 21 of 44 from behind the arc. So it was a bit of a surprise when that final 3 didn't find a way to drop.

In the fourth quarter, Mike Conley had an open 3 on a fast break. That would have been a good shot; he found a better one. The Jazz point guard, who had struggled to find a rhythm in the game, threw a high-lofting pass to the hoop. Rudy Gobert ran down the lane and hammered it home.

That was part of a 12-0 run where the Jazz once again looked like the best team in the league. It was one of Utah's signature runs that have buried teams, and it looked like it was gonna bury the Raptors. Suddenly the Jazz were up by 10 and were rolling.

Two Raptors 3s later and it was game on again.

That sequence looked familiar to Utah. The Jazz had recovered from a so-so offensive start to run off 11 straight points near the end of the second quarter. How did the Raptors respond? By Fred Van Vleet hitting a 38-foot 3-pointer at the buzzer. The play wasn't without controversy. The play clock did not start immediately upon the inbound play and that looked like it gave Van Vleet enough time to get the shot off. The NBA review center, though, reviewed the play using a stopwatch and determined Van Vleet would have gotten the shot off without the clock error.

That was simply the type of shooting performance the Jazz were up against. The fact they still won was why they were feeling pretty good afterward.

"I was proud of the way that we accepted that challenge," said Mike Conley, who had 15 points, four assists and six turnovers. "That's a team that's got a championship pedigree. A lot of those guys played on that team a few years back, and they've always been that kind of physical team."

That's the type of team the Jazz have struggled against. They get hit and they haven't been able to respond. They did that on Friday.

"We bounced back the right way," said Mitchell, who finished with 31 points. "And I think we just have to continue that. Whether it's the little details like hitting somebody to rebound, getting back in transition, it was just in the forefront of our mind."

Mitchell scored 8 straight points — including two lead-changing buckets — in the final 1:25, and the Jazz got stops on four of Toronto's final five possessions to secure the much-needed win.

"We kept our composure when we got behind there," Jazz coach Quin Snyder said. "We had the lead, and seemed like we had a little bit of control over the game, but we responded."