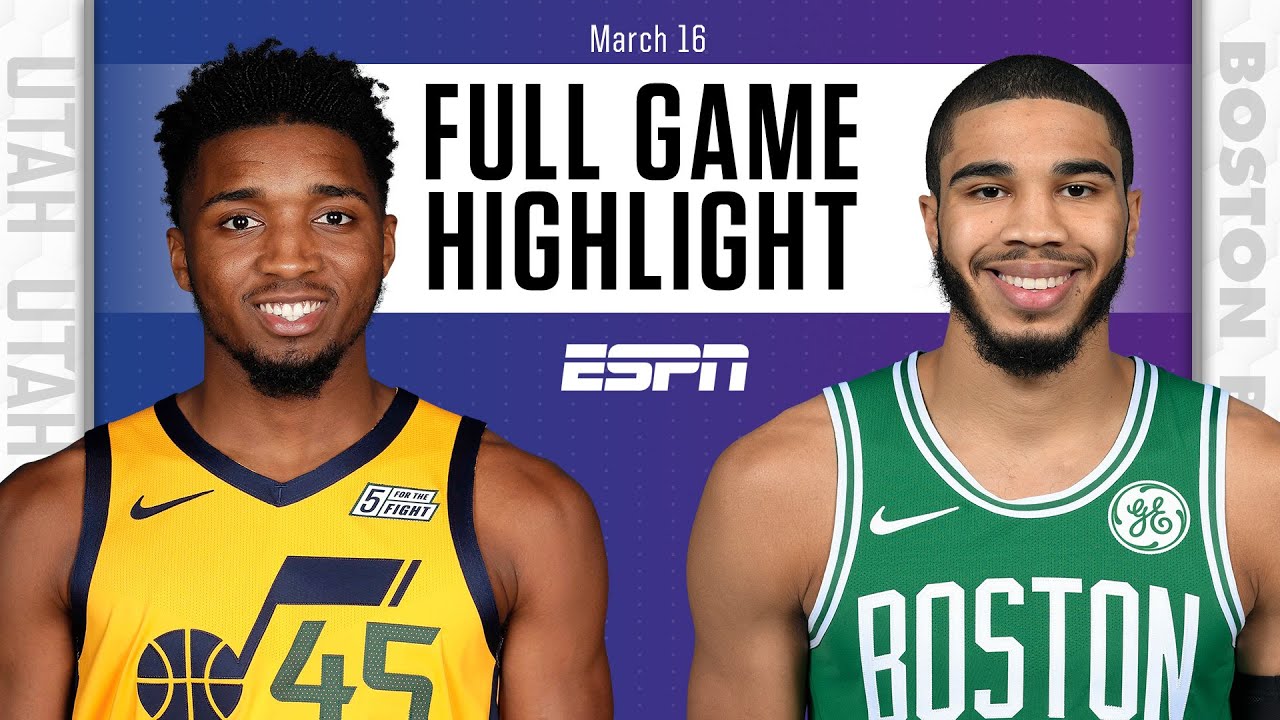 SALT LAKE CITY — Putting Donovan Mitchell on the ground wasn't good enough for Boston's Jaylen Brown. After Mitchell got up after committing a foul on a shot that Brown made, the Celtics guard gave him a love tap on the behind. Mitchell retaliated by slapping Brown's arms.

Malicious? Not quite. Just friends being friends.

"I love playing Boston. I think they would say the same thing because we're all cool with each other," Mitchell said. "I grew up knowing Jayson (Tatum) and Jaylen. Kemba (Walker) narrated my AAU team's documentary. I mean I've played against Tremont Waters in high school.

"That right there was nothing — he hit me, so I hit him back, simple as that but that's my guy, those are my guys and it makes the game fun."

It's especially fun when his team wins. Brown may have got the best of Mitchell on that play, but Mitchell got the best of the entire Celtics team late in Utah's 117-109 win Tuesday in Boston.

Entering the final minutes, Mitchell was having far from his best night. He hadn't just been dropped by one of his longtime friends, he also struggled to score. Mitchell had just 13 points and missed just about everything. Still, when the Jazz (29-10) needed a bucket late, they put the ball in his hands.

Mitchell did what he's done plenty of times before — led Utah to a win.

He hit a pull-up 3, dished it to Mike Conley for another triple and then banged home a final 3 as part of a late surge that pushed the Jazz to the victory. Utah used a 15-6 run in the closing minutes to pull away from the Celtics, who had pulled the game to 98-97 with just over four minutes left.

"Donovan, obviously, with a huge bucket," Jazz coach Quin Snyder said about the first 3 that took the Jazz from on-the-edge of losing the lead to being able to breathe again.

Those are the buckets the Jazz entrust Mitchell to get — to the chagrin of some in the fan base. There have been nights where Mitchell has struggled late in games this season.

Mitchell is shooting just 31.6% from the field in clutch situations, and the majority of the Jazz's losses recently have come because of those shortcomings when things get tight. With Utah playing so few clutch minutes this minutes, those instances seem to stand out on a season filled with so much other success.

So what was the reason for the turnaround? Mitchell had a simple explanation.

"When it's time, I think you just can't afford to have mistakes in those moments," Mitchell said. "I've had moments where I've made those mistakes, under four minutes, but for me it's all about the next play. If I'm out here worrying about the turnovers, the missed shots, then I'm not gonna be able to do my job, which is close out games."

It's a job the Jazz have clearly given him. Mitchell has a usage rating of 41.7% during clutch minutes this season. You could say that's Mitchell playing hero ball, but with how the Jazz offense usually runs, it's clear that's a team decision. Utah wants him to run the show down the stretch. While that can be a bit head scratching at times — like when he's going up against Marcus Smart and Mike Conley, Utah's All-Star guard, is not — it also can be effective. Smart on him or not, Mitchell found a way to win the game.

It's not about simply making shots either. Mitchell can break down a defense and has some of the best vision on the team — if someone is open, he can usually find a way to get it to them. He also hasn't turned it over a ton lately, especially considering his high usage rate. His struggles have come down to shots falling or bouncing out. That's the way it is sometimes, but his teammates still want the ball in his hands. Tuesday was the latest example of why that is.

Without those late triples, everything before it — Rudy Gobert's epic defense in the fourth quarter (he was plus-14 in the quarter), Jordan Clarkson's hot-shooting that kept the Jazz close, and even Brown's move that put Mitchell on the ground — would have been seen in a different light. Mitchell wasn't great on Tuesday, finishing with 21 points on 6-of-16 shooting, but he was when it mattered most. And that's what the Jazz needed.

"It comes with the opportunity I've been given since my rookie year," he said. "Shots that everyone doesn't take, I take — it's part of my role. It's called hero ball to some, but not to me. It's the shots I work on. The shots that may look tough are the shots I put hours and hours in the summer working on. ... If it's labeled hero ball, I really don't care," Mitchell said. "I think my teammates and my coaches want me to have the ball at the end of the game and that's all that matters. I know what I can do late in the game and that's that."