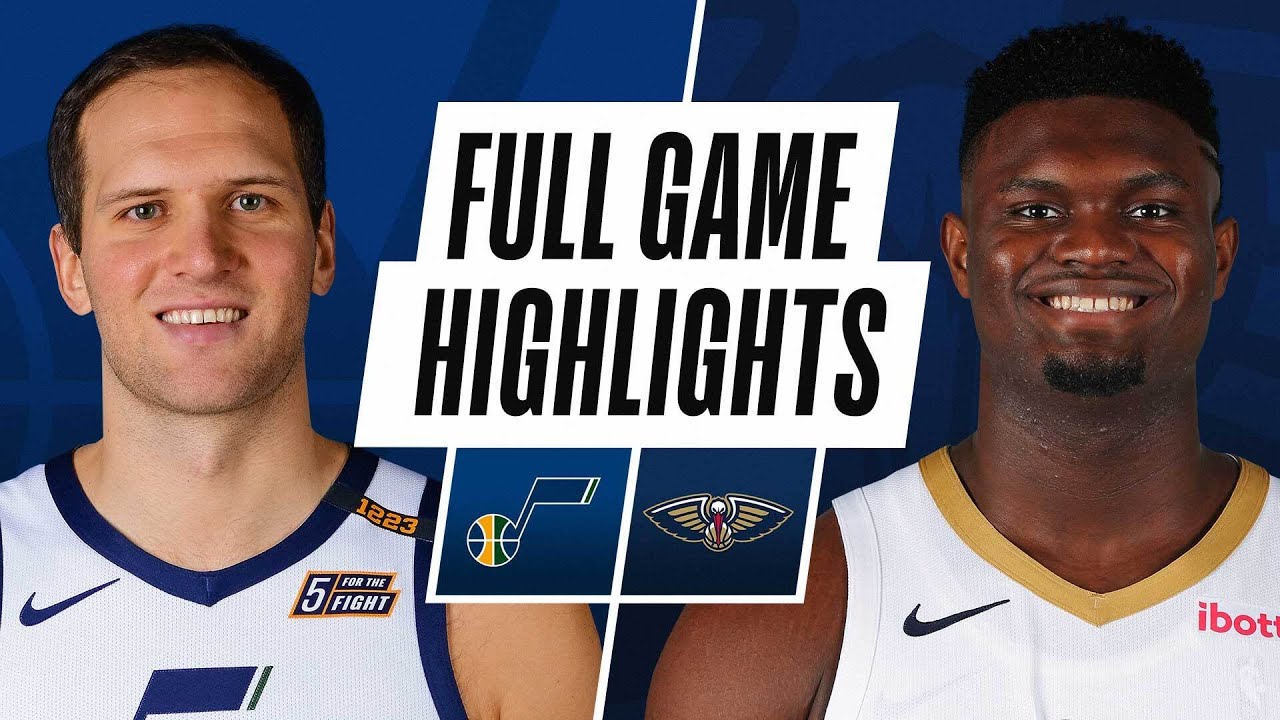 SALT LAKE CITY — A Pelicans-Jazz game ending in some controversy? Never heard that one before. … Oh wait.

In what has become quite the odd tradition, the New Orleans Pelicans survived a furious Utah Jazz rally to win 124-119 following a suspect late call.

The scenario: The Jazz (27-8) rallied back from down 14 points with 3:54 left and had a chance to take the lead with a bucket with under a minute remaining. Donovan Mitchell drove inside but his layup hit off the iron and bounced off, which led to a fight for the ball between Rudy Gobert and Zion Williamson.

The call: Gobert was called for an over-the-back violation with 29.5 seconds left after tapping the ball to himself over Williamson. Gobert is taller and longer than Williamson, so there was minimal contact, but the official behind the play blew his whistle.

The result: Williamson stepped to the line and hit free throws to extend the Pelicans' lead to 3 points. On the next Utah possession, Mike Conley looked like he tried to draw contact on a 3-point try. There was no call made (and looked to be very little contact) and the shot came nowhere close. Utah didn't score again after Gobert got called for the foul.

It all led to a heartbreaking night for the Jazz after what looked to be a game they were going to end on the wrong side of a rout. The Pelicans led by as much as 17 and the Jazz appeared helpless to bring it back until the final four minutes.

"We were one terrible call away. ... We fought hard to come back," Gobert said.

Bad call or not, though, Gobert or any other member of the Jazz wasn't about to put the blame on dropping their eighth game of the season on an official. No, they had played too poorly to point that finger. So no matter what the Last Two Minute Report says on Tuesday, the loss will be on their shoulders.

In the third quarter, Gobert looked to the official for some help. He had just absorbed a shoulder (and, yes, an elbow, too) from the 284 pound Williamson and was hoping there would be a whistle.

The help didn't come — from the refs or really from his teammates (at least not until really late in the game). The Jazz surged out to the best record in the NBA with a flurry of 3s, yes, but the backbone of it all has been the near-league best defense they've played. A defense that for much of the game Monday was nowhere to be seen.

Williamson, Lonzo Ball, and Brandon Ingram all scored over 20 points and the Jazz couldn't contain anything.

"We didn't protect the paint — that was the biggest thing," Jazz coach Quin Snyder said. "When they are able to get into the paint as easy as they did, no amount of resolve, once the ball gets there, is gonna be enough."

The Pelicans weren't doing anything special to get inside where they scored an eyebrow raising 74 points, the Jazz just didn't defend a simple action.

Give the ball to Zion, put him in a small-small pick and roll and let him get downhill. From there, he used his Hulk-like build to power in for a bucket or make a play. Rinse and repeat. That was especially the case in the third quarter when the Pelicans outscored Utah 40-26 to blow the game open.

"He's very good at what he does, which is attacking the rim and putting a lot of pressure on the rim and he did a great job of getting those finishes in the third," said Gobert, who had 22 points and nine rebounds. "We, and I especially, could have done a much better job in that third quarter."

But while admitting that, Gobert did have one caveat: It's hard to truly defend Williamson when he gets away with leading with an elbow.

"The ones that when I go straight up and I get elbowed in the chest, there's not much I can do about that," Gobert said. "They talk to us about all these rules and being vertical. And it's great. I've been trying to do it over the years, but when someone jumps elbow first, there's not much you can do. I mean it looks good on the highlights but it's still an offensive foul."

Still, Gobert didn't want to blame the officials — not for the calls not made in the paint or his late over-the-back violation. It was too poor of a defensive showing all around. That's why it didn't matter that the Jazz had four players top 20 points, led by Bojan Bogdnaovic's 31, or that they ended up hitting 17 3-pointers on 39.5%.

When you can't stop anyone, it's hard to win.

"Give New Orleans credit. Brandon Ingram and Zion, they're terrific, terrific offensive players and they're hard to guard, but we let them get what they wanted," Snyder said.