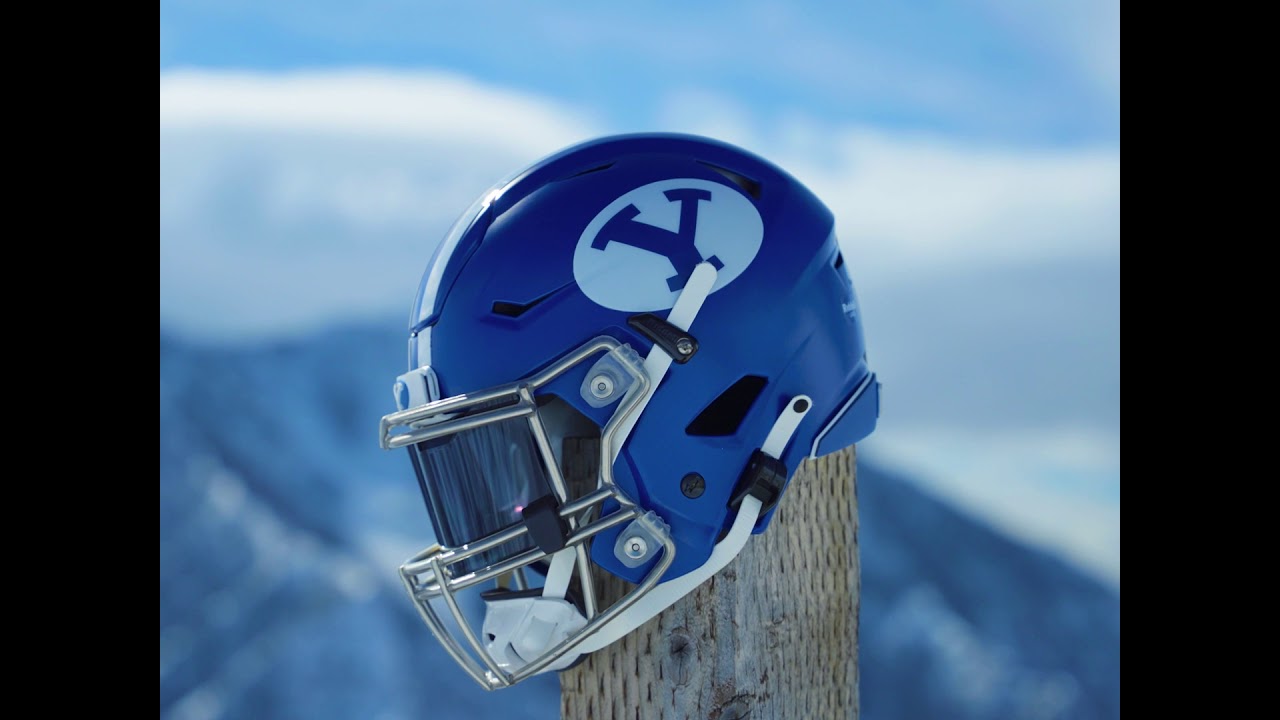 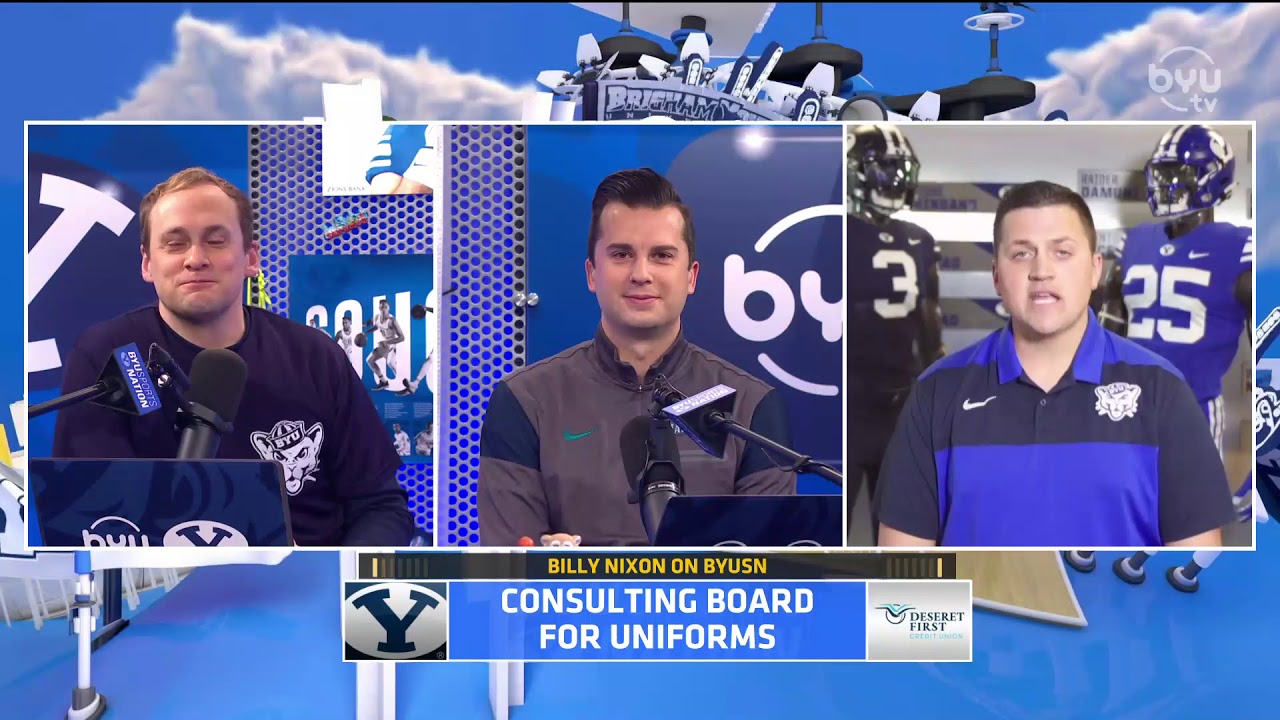 PROVO — BYU football is going new school with a nod to old school via a pair of new helmet designs for the 2021 season.

On the first day of spring football camp ahead of the upcoming season, the Cougars on Monday introduced two new helmets that will debut during the 2021 season, a royal blue and navy look that includes white stripes in the same motif as the "classic" white helmet that has become BYU's signature look for decades.

Specific dates and games of the new helmets have not been unveiled, but the two are inspired by unique helmet designs in Cougar program history, and designed with player ideas and experience in mind.

"BYU's football tradition was built through many decades of success by those who wore the uniform representing the Cougars," coach Kalani Sitake said in the announcement. "Our players, former players, and Cougar Nation all value this great tradition of BYU football. We want the helmet and various uniform combinations to honor those who built the program and inspire those who will carry it forward."

As part of the announcement, the Cougars also released a complete uniform identity that includes style templates for all-royal, all-navy and all-white uniforms that will be used going forward. You can see the entire uniform style guide here.

While new to the modern BYU fan, the royal helmet debuted in 1969, when Tommy Hudspeth was head coach and a future legendary coach by the name of LaVell Edwards served as defensive coordinator. Under the leadership of future NFL quarterback Virgil Carter, the Cougars debuted the all-royal helmet, and a year later, won the 1965 Western Athletic Conference championship — its first conference title in program history — that included wins over Arizona, Arizona State and Utah.

BYU continued with plenty of white and a primary royal blue ensemble for decades, including during the Heisman Trophy run of Ty Deter in the early 1990s that helped establish the school's national footprint.

The Cougars returned primarily to the white helmet with a double-stripe design in 1969, with the now-iconic look becoming the main helmet until a navy helmet was adopted in 1999. The school's partnership with Nike introduced a brand-new style for BYU in that year, including new logos, colors and uniforms, bringing back the navy blue jersey for the first time since the 1950s to be worn by Sitake during his fullback career and Doak Walker Award winner Luke Staley, among others.

Bronco Mendenhall revived the white helmet in 2005, making it BYU's primary lid while bringing back the traditional jerseys of Edwards' tenure, and the Cougars went on to have 10 different looks by the 2020 season that finished 11-1 and with the No. 11 national rankings, the program's highest in 24 years.

As part of a uniform branding initiative to strengthen the player and fan experience, @BYUfootball will reintroduce to its existing uniform array both a royal and a navy helmet in 2021.

That leads the Cougars to today's announcement, which was spearheaded by Sitake, individual players, creative director Dave Broberg and equipment manager Billy Nixon, among others.

"Including our student-athletes last season in deciding which uniforms to wear not only further heightened their participation with the team but also their spirit of ownership in their program," Nixon said. "It was fun for the players to see how the creative process resulted in an enhanced experience for both the team and the fans. Their engagement in that process helped us develop additional uniform combinations and increased the spirit of unity throughout the program."

BYU will open the 2021 season Saturday, Sept. 4 against Arizona at Allegiant Stadium in Las Vegas. The Cougars are set to play a 12-game regular season, including rivalry games against Utah, Utah State and Boise State; Power Five opponents Arizona State, Baylor, Washington State and USC; a visit from former coach Mendenhall and Virginia on Oct. 30; as well as South Florida, Idaho State and Georgia Southern.

The Cougars have agreed to a home-and-home series with the Rebels beginning Sept. 16, 2028, in Provo, followed by a return trip to Oxford, Mississippi, on Sept. 8, 2029.

The three-time national champion Rebels have faced BYU just once in program history, when the Cougars escaped Vaught-Hemingway Stadium with 14-13 victory in 2011, the Cougars' debut season as an FBS independent. Kyle Van Noy scored the winning touchdown with a strip-sack in the fourth quarter of the defense-first game.

The Cougars and Trailblazers will meet Nov. 16, 2024, following the first-ever matchup of the in-state series scheduled for 2022. Dixie State, which currently competes as an FCS independent and knocked off No. 22 Tarleton State in its Division I debut Saturday, will be joining the WAC by then.