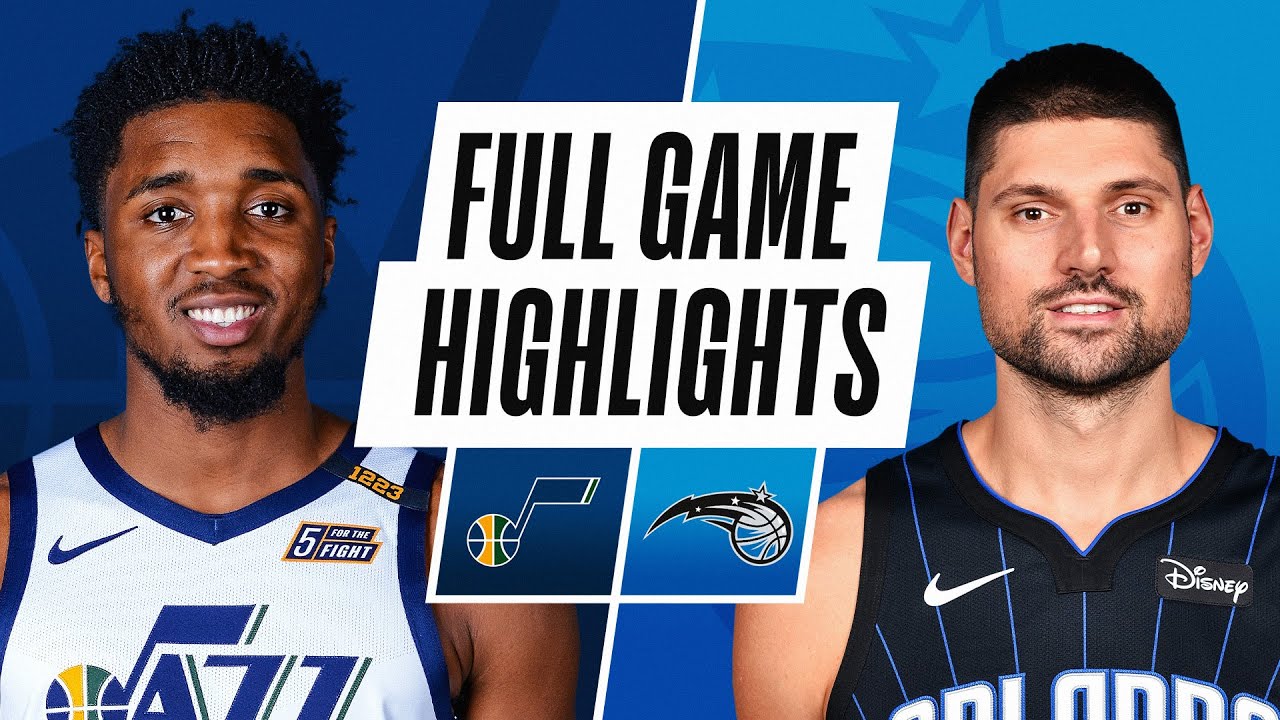 Donovan Mitchell had seen this movie before. A member of the Utah Jazz answered a question and Joe Ingles jumped in with a sarcastic comment. So instead of allowing Ingles to hear what he was saying, he had him answer the question himself.

The question: How does Mitchell push past the criticism that you are not good enough (with a mention of one Shaquille O'Neal in there)?

"You don't want me to answer this question," Ingles said. "You guys won't be able to report it because it will be an explicit language, and you guys will get into trouble."

The safe-to-print version: Mitchell is plenty good enough. And he certainly was Saturday in Utah's 124-109 win over the Magic in Orlando.

Mitchell scored 25 of his 31 points in the second half in a performance that Jazz coach Quin Snyder called "one of his best games of the year."

"I don't know what he was at half — maybe 5 points or something like that," Snyder said. "He wasn't shooting the ball great, but I thought he kept playing efficiently. And as the game progressed, stuff opened up and he really picked his spots."

Mitchell scored 15 points in the third quarter as the Jazz built a double-digit lead. He was 5-of-8 from the field, hit two 3s and handed out three assists in one of Utah's patented third quarter bursts.

Utah (27-7) came into Saturday outscoring opponents by a league-best 4.7 points in the third quarter (more than 2 points than the next team). And true to form, the Jazz used a Mitchell-fueled 18-7 spurt to pull away from the Magic immediately after halftime.

"The biggest thing is just finding how they are guarding me," Mitchell said. "I had a few lapses in the first half, had bad shots and then kind of saying, 'OK, this is what I see.' It wasn't about making mistakes, it's about what I was seeing, the coverages."

Mitchell said his slow start was caused by being a bit surprised by how the Magic were playing him. He came into the game expecting them to drop a big in pick-and-roll, but instead he was getting blitzed — not that that was anything new.

"I've seen pretty much every coverage and now it's about adjusting, not just for myself to score but getting guys involved and finding ways to make the simple play," Mitchell said. "That's really when I came into halftime, just went out there and just tried to find ways to just make the right play each time. And I think that was the biggest judgement going into halftime and I think everything else kind of took care of itself."

The Jazz don't necessarily need Mitchell to have huge games to win. They've survived off-shooting nights from their star guard before and are 2-0 without him this season. But it has gotten to a point where his teammates do expect him to be great.

If the Jazz offense is struggling, his teammates look to him to right the ship. If the Jazz need a bucket, he's the one who has the ball in his hands. So when Utah went into the half shooting 8-of-25 from deep and just leading by 4, it was a game where Mitchell needed to be the superstar-level player everyone around him knows he can be.

"I mean we kind of expect him to do that I guess," said Ingles, who had 17 points and seven assists. "We want him to be aggressive. A lot of the times in the game, we're going to be running plays for him; obviously down in crunch time in a close game, or if we need a bucket. He's got to keep that aggressive mentality all night — regardless of how we are playing."

The Jazz didn't necessarily play their best game of the season. They missed shots early, had tired legs, and Nikola Vucevic hit 5-of-7 from deep on his way to 34 points. But when Mitchell is on, things seem to, as Mitchell said, take care of themselves.

"When it was time to be in attack mode, he attacked and he was very efficient," said Rudy Gobert, who had 12 points and 16 rebounds. "When he does that it takes our team to another level."