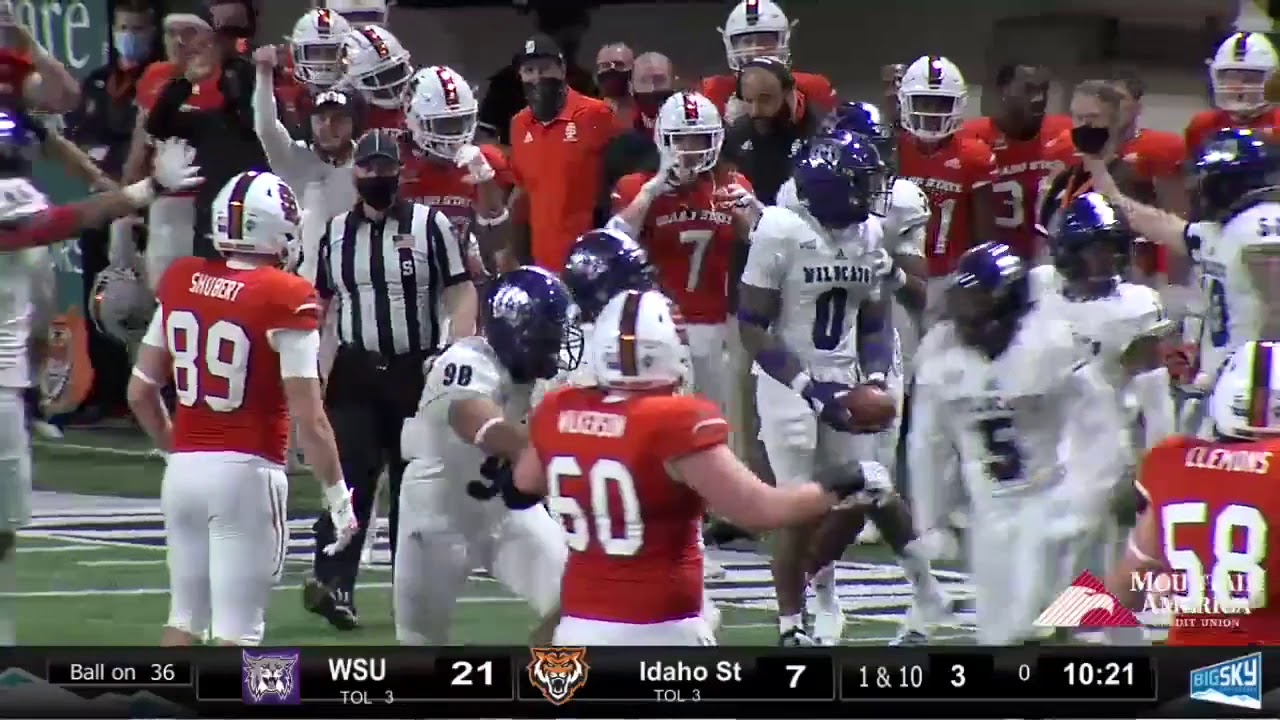 SALT LAKE CITY — Four hundred thirty four. That's the number of days between Saturday and when Weber State last played a football game. But with how the Wildcats played, you would never know.

Freshman quarterback Bronson Barron threw for 312 yards and four touchdowns in the Wildcats' largest margin of victory in the Jay Hill era of football. The Wildcats racked up 638 yards of total offense as they beat the Idaho State Bengals 49-21.

"That was big," Hill said after the victory. "Just to get back out and play against someone else other than ourselves, be playing for something again was huge. Man, super happy with the players, the way they responded. We knew we were gonna hit some adversity along the way; it's good to come up here and get a win."

After a sluggish first quarter by Weber State, an interception by Logan Lutui put the Wildcats at the Idaho State 22-yard line. A delay of game penalty pushed the Wildcats back to the 27-yard line; but one play later, Barron found running back Josh Davis in the end zone to get the Wildcats on the board.

The Wildcats defense forced the Bengals to go three-and-out on their next drive, and the Wildcats capitalized. Barron found a wide open David Ames for a 55-yard touchdown pass to put the Wildcats up 14-0 before halftime.

"With the O-line, those guys are incredible," said Barron. "Those front five, without them I'm not able to take those shots down field, and then having guys like David Ames, Ty MacPherson, Rashid Shaheed, I just put it up there and they can play. Simple as that. It was unreal."

Idaho Stare opened up the second half with a touchdown when Tyler Vander Waal connected with Tanner Connor on a 74-yard touchdown pass to bring the score to 14-7.

That's when the tide changed. The Wildcats went on to score the next three touchdowns before the Bengals would show any sort of life.

On the very next drive, Barron threw his third touchdown pass of the night to Shaheed, a 38-yard toss, to give the Wildcats a 21-7 lead.

Once again, the Wildcat offense capitalized on a huge play by the defense to score again to go up 28-7 when Barron found Shaheed once again, this time for a 10-yard touchdown.

After the performance put on by Barron, Hill had high praise for his freshman quarterback.

"My whole thing is may the best guy win and if you're playing the best then you deserve to get to go in there and show us what you're all about," Hill said. "We've loved Bronson ever since we were able to sign him three years ago and knew when he came home off his mission that he was going to be a kid who'd be able to compete for this job. It doesn't surprise me one lick that he went out and played the way he did today."

The Wildcats have the next week off after their original game against Cal Poly was rescheduled. Weber State will have its home opener against UC Davis on Saturday, March 13 at 1 p.m.