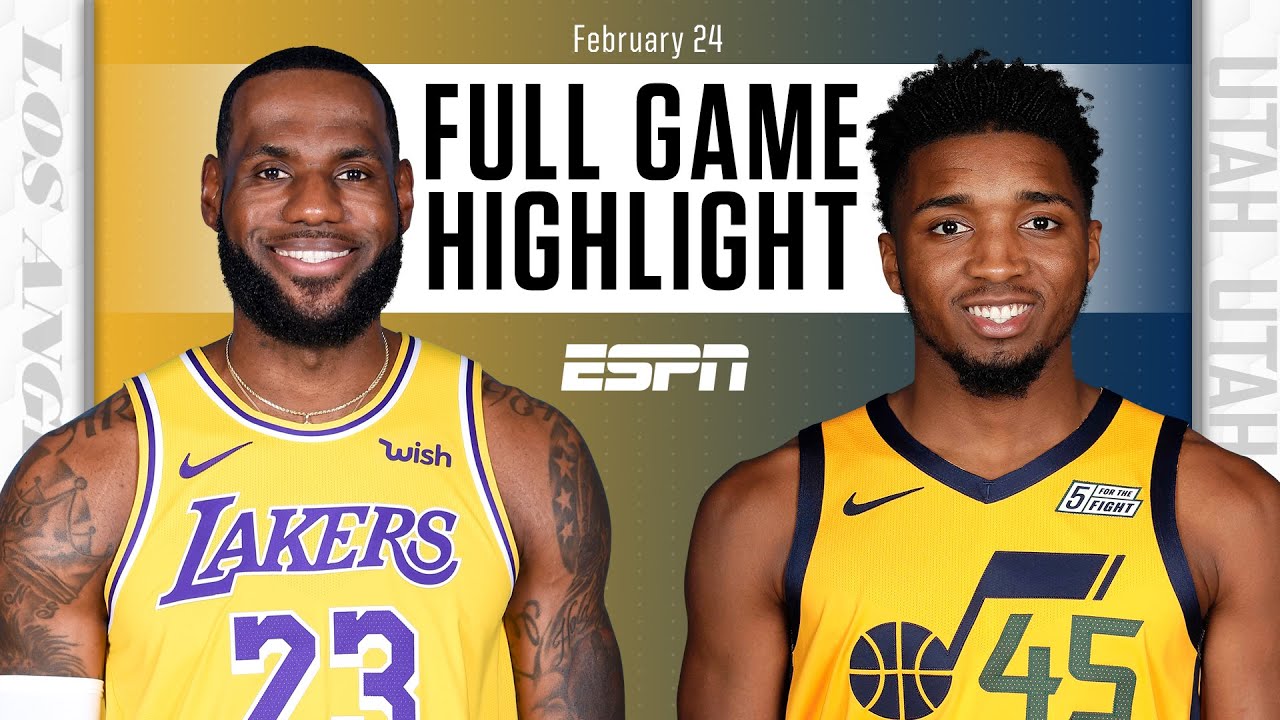 SALT LAKE CITY — By the end, the only drama left was whether or not Donovan Mitchell was going to end the Utah Jazz's long regular season triple-double drought.

Hey, at least the Lakers stopped that. But they didn't stop much else.

And, yes, Mitchell knew he only needed two assists to reach the statline that has evaded a Jazz players since Carlos Boozer hit it in 2008. Just before he was pulled from the game with 4:35 left, Mitchell zipped two passes inside for his teammates to finish, but both times the Lakers fouled before a shot was even attempted.

Again, at least they stopped something.

"I can honestly say that if it was meant to happen, it's meant to happen," Mitchell said. "I went out there and just tried to make the play. Unfortunately, it didn't happen but I was a little more aware of it at this time than the Indiana game (when he also was close to triple-double)."

The late defensive pride shown by the Lakers would have been useful earlier — much earlier. Utah outscored LA by 15 in the second quarter, and you could have put a bow on the game right then and there. Without Anthony Davis and Dennis Schroeder, the Lakers didn't appear to be able to even pretend to hang with the explosive Jazz.

Utah is starting to pull away from everyone else, too. The Jazz (26-6) now have a 3.5 game lead over every other team in the league.

They have multiple players to thank for that. There's Mitchell, who, despite a 4-of-16 night, still managed to put a big mark on the game. There's Gobert, who led the Jazz in scoring with 18 points, nine rebounds and helped the Jazz to a 95.7 defensive rating.

In many ways, Wednesday's game put a spotlight on the veteran point guard. He thought he had done enough to be an All-Star — all the advanced stats screamed it and his team's record justified it. But when the announcement came, he was once again left out.

On Wednesday morning, Mitchell lamented how unfortunate it was that Conley didn't make the All-Star Game because "we don't play on TV enough for people to see the impact he has — national TV, I should say."

The nation got a look on Wednesday, and Conley made a quick, early impression.

When Conley checked out for the first time, he had accounted for all 13 Jazz points — he had scored 8 quick points and dished out two early assists.

"He tried to run a play for me to start the game when he just made three 3s in a row when the play was for him to shoot a 3," Mitchell said. "Like, bro, stop, shoot it."

But that mentality is why the Jazz have been so good this season (they didn't have a player hit 20 points and they scored 114), but it's also why Conley was once again snubbed of a long-awaited All-Star selection. Sometimes deferring to teammates doesn't get you the needed stats, even if the impact on winning has been there.

"It was tough. I really thought this was the year," Conley said.

Conley's impact on Wednesday only grew when he checked back in late in the first quarter. The Jazz were tied when he trotted back on the court; Utah was up by 11 the next time he subbed out. That's what he's done all year.

Not enough people noticed that to make Conley an All-Star, except one pretty notable player.

"I think Mike Conley is back to himself," said LeBron James, who had 19 points and didn't play in the fourth quarter as the game had gotten away from the Lakers. "Fully healthy. Moving. You can see the way he's moving out there on the floor, and it's trickled down to everybody else."

Once it became official that Conley had not made the All-Star Game, he joked with his teammates that they were to blame, telling them that: "We should have started the year 31-0 — maybe that would have gave me a better chance," Conley said, smiling. "But I don't know what else to do. It's hard for us because a lot of these games we've played we've won by double digits."

And Conley and the rest of the Jazz stars were once again sitting on the bench as the clock counted down to zero — the game free of drama.