'Pushing through': With tired legs and no Mike Conley, Jazz find a way to gut out a win in Indiana 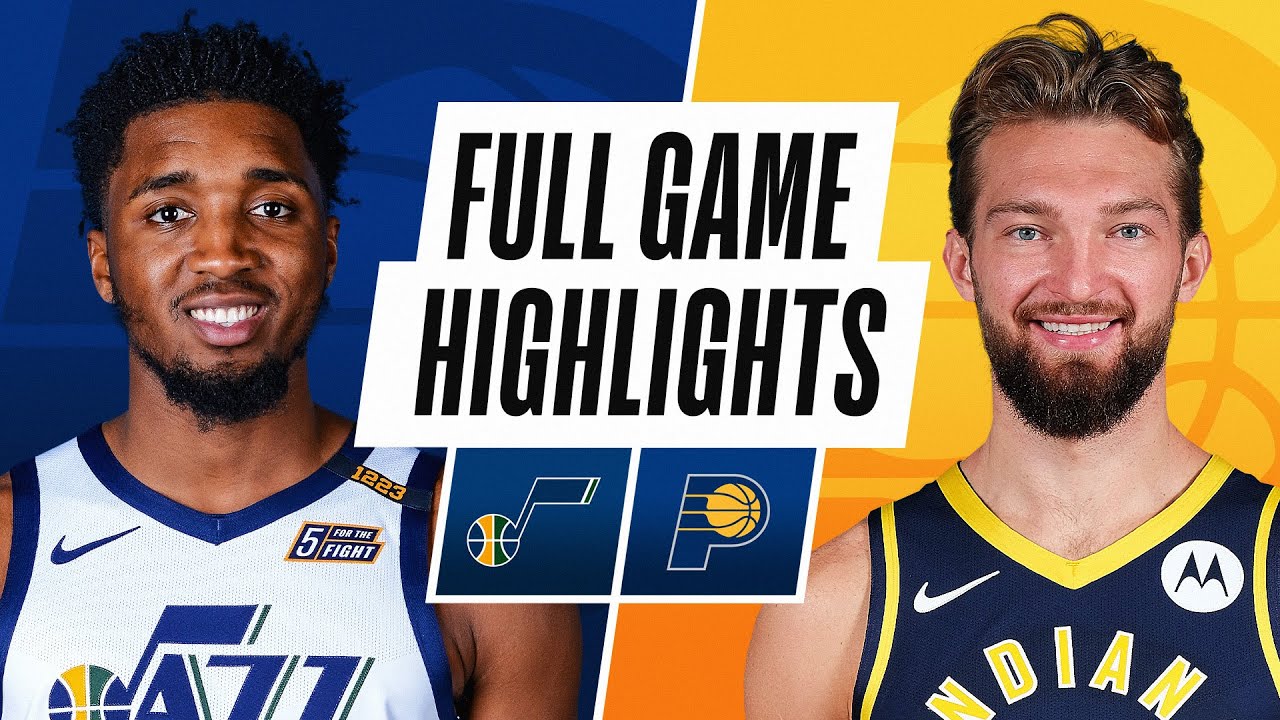 SALT LAKE CITY — By the end of the first half, Donovan Mitchell was already bent over with his hands on his shorts, trying to get a few moments of rest. Everyone knew Sunday's matinee game against Indiana was going to be a challenge, but the image made it that much more clear.

If you had blinked, you may have missed Utah's three-game road trip: back-to-back games on Thursday and Friday, followed by an early-start in Indiana. The travel would make some people sleepy.

"You prepare for fatigue as much as anything," head coach Quin Snyder said.

Tired legs and all, Mitchell had 27 points, 11 assists and nine rebounds to push the Jazz to a 103-95 win over Indiana at Bankers Life Fieldhouse.

Utah has won 15 of its last 16 games, and Sunday's might just be the most impressive.

It was Utah's third game in less than 72 hours and all were in different cities. With travel and numerous COVID-19 tests, there wasn't a lot of time to get some extra rest. Throw in the fact Mike Conely was out due to a right hamstring injury and the Jazz were staring straight at a scheduled loss.

No one told Mitchell.

After a 12-2 run by Indiana in the fourth quarter tied things up at 83, Mitchell dug deep and brought the Jazz along with him. In the final 6:14 of the game, Mitchell scored 6 points, handed out three assists and grabbed three boards, finishing just one rebound shy of the Jazz's first regular season triple-double since 2008 and leading Utah to the win.

📹| gritty team win and our fourth in a row ⤵️#podiumpostgame | @podiumhqpic.twitter.com/n1JHVNz6EP

In the closing minutes, Mitchell found Bojan Bogdanovic and Joe Ingles for threes on back-to-back possessions that seemed to give Utah just enough energy to finish off the game.

"Coming to the game, I knew they were gonna be physical," Mitchell said. "I think we all knew that. I think for me just trying to establish from the beginning just the mentality of pushing through. When you play three games and less than 72 hours I think that that last game, it's definitely gonna be a tough one on the body."

The Jazz's legs were gone. You could see it on their faces every time play was stopped and on the shots that kept coming up short. Utah shot 31% from three and 41% from the field. The Jazz won anyway.

"These are the types of games that you talk about as far as you don't have your best shooting night and ... off a back to back, an early start, all those types of things and that's when your defense has to carry you," Snyder said.

Rudy Gobert put together arguably his best defensive performance of the season, helping hold All-Star center Domantas Sabonis to 7-of-19 shooting. When Sabonis fouled out late in the game, he angrily threw his towel down when he got to the bench. All the frustration had boiled over. The Jazz allowed 88 points per 100 possessions with Gobert, who had 16 points and 16 rebounds, on the floor.

In the end, this was a game about Utah's top two players playing up to their All-Star status, leading a team that clearly didn't have the energy or legs to a victory.

"They had to fight through some stuff. There were some plays that were tough, there's always going to be some mistakes, you're always going to miss some shots, and the ability to just grind through that for both those guys that thought was what made the game unique," Snyder said.

This game, and this team.

Indiana isn't the best team the Jazz have played this year, but the circumstances surrounding the game might have made it the most difficult. Utah didn't have an elite-shooting night, didn't have Conley, which many metrics say has been their most valuable, and were on the end of a short but tiresome road trip. It was a game that provided even more validity to their gaudy record.