Never gonna give you pup: Dog waits for owner outside Turkish hospital 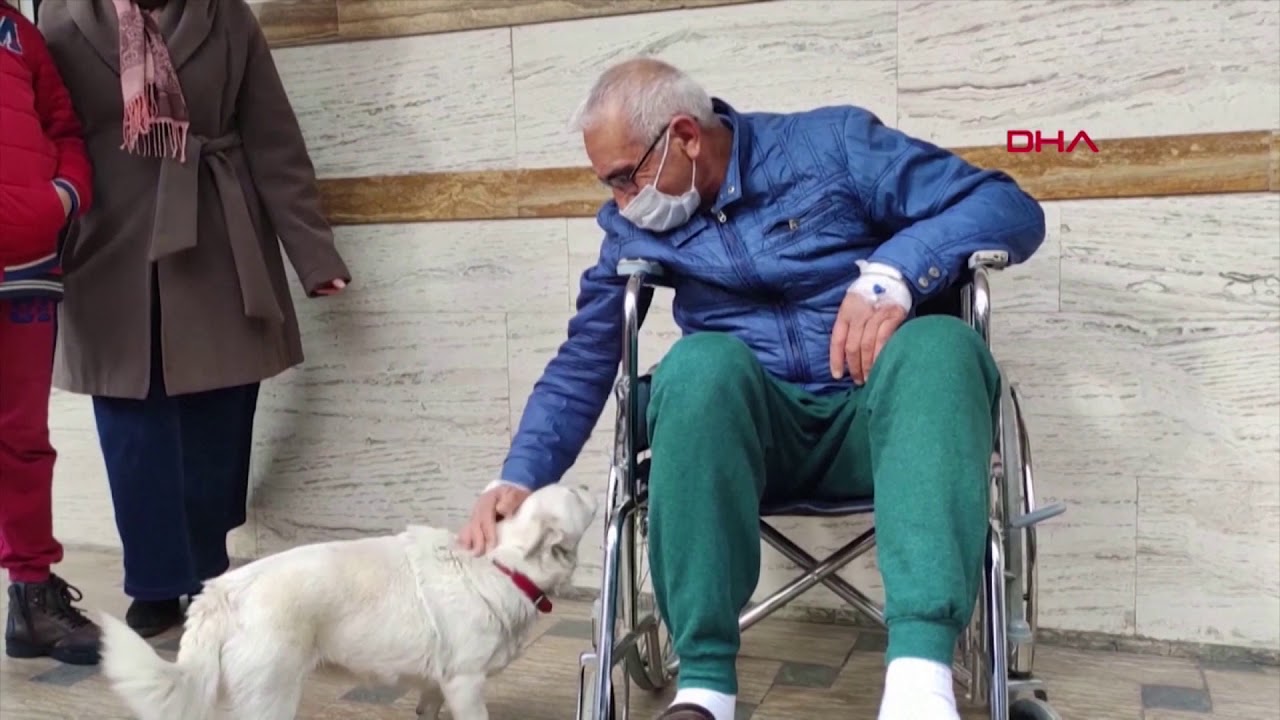 TRABZON, Turkey (Reuters) — A faithful dog waited for her owner outside a hospital in Turkey for almost a week until he was released after undergoing treatment for a brain condition.

The small white dog named Boncuk got her reward with an emotional reunion when 68-year-old Cemal Senturk left hospital in the northeastern city of Trabzon.

Senturk was hospitalized on Jan. 14 after a brain embolism, according to media reports. Boncuk, who has been with Senturk for nine years, arrived at the hospital shortly after the ambulance and started waiting at the entrance for his owner.

Footage showed Boncuk patiently waiting outside the door as other patients walked in an out and sometimes just lazing in the sun near the entrance. She was occasionally fed by hospital staff and the hospital's communications director Fuat Ugur, said, "Everybody noticed the relationship between the dog and her owner. It makes everybody happy."

Senturk told media that Boncuk would respond by barking back, whenever he called the name from his hospital bed.

As Senturk was finally discharged this week, Boncuk wagged her tail happily, jumping up to be petted by the owner as he left the hospital in a wheel chair.