The Jazz were glad to be heading home, but they had to do one last thing — get a win 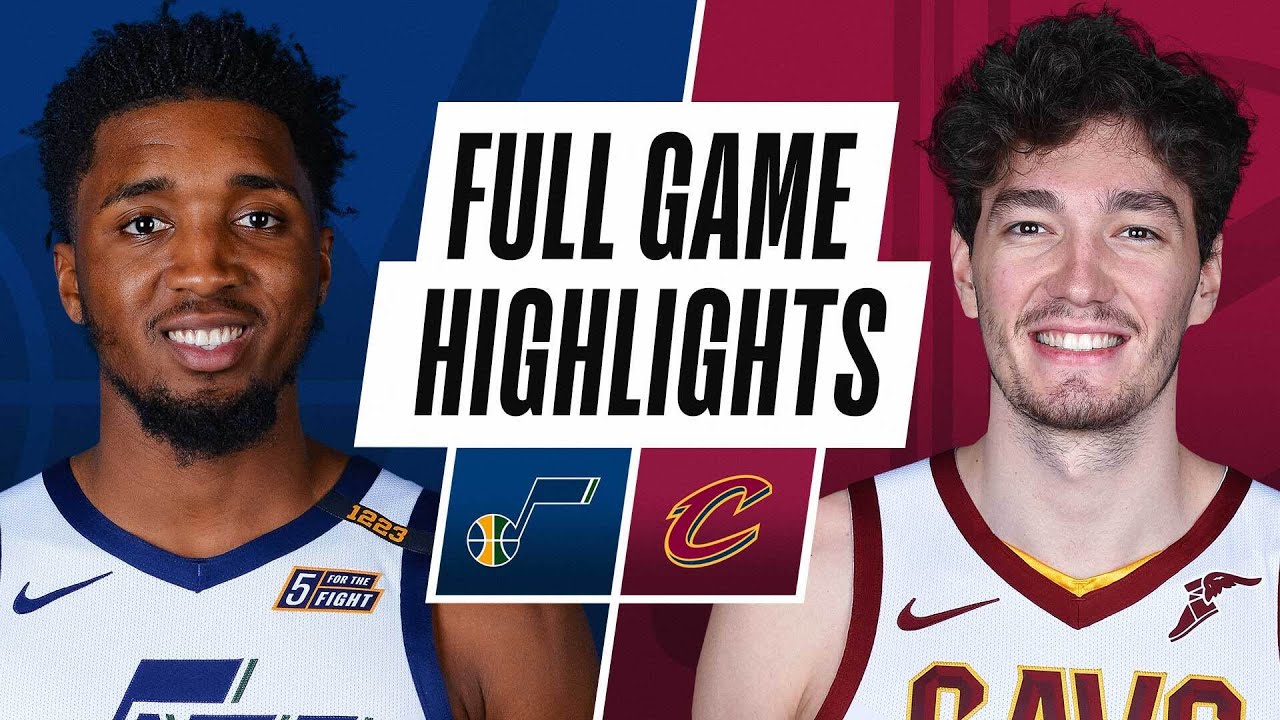 SALT LAKE CITY — Donovan Mitchell found out the news just before he ran out on the Rocket Mortgage Fieldhouse court in Cleveland: Utah's road trip finale on Wednesday in Washington was postponed; he would soon be flying home.

For a Jazz team that has struggled with maintaining focus in the early parts of the season, there were some potential pitfalls on Tuesday.

Utah's opponent was down about half of its roster, including its leading scorer and leading rebounder, and the Jazz could suddenly see the light at the end of a long 11-day trip.

"I think that didn't really have an impact on tonight. I think we came out with the same focus," Mitchell said about the news of the postponed game.

The Cavs, shorthanded or not, can vouch for that.

The Jazz made relatively easy work of Cleveland, winning 117-87, to finish their six-game swing with a record of 4-2.

Before Tuesday's game, Jazz coach Quin Snyder said his team must be ready to take threes since those were shots that were likely going to be available against the league's top defense.

Flash forward to the third quarter: Mike Conley swung a pass to Bojan Bogdanovic standing at the top of the 3-point line. If Bogdanovic needed to kneel down and re-tie his shoe before taking the shot, he could have. He was that open. So, yes, they were available. But so were a lot of other things.

The Jazz were 24-of-45 from three and 50% overall from the field in the blowout.

But to be fair to the Cavs, they weren't just merely shorthanded, they were playing with a shell of their normal team.

Early Tuesday, the Cavs found out leading scorer Collin Sexton and leading rebounder Andre Drummond were both out. Those two were added to an already long list that included Darius Garland, Kevin Love, Dante Exum and Dylan Windler.

The long injury report represented four of Cleveland's top six scorers — and that was pretty clear for much of the game. The Cavs were 39% from the field and had a shot chart that would keep most NBA coaches up at night.

"Cleveland was shorthanded, but I did think our focus was really good defensively," Snyder said. "They made some shots at the end of the game but I thought we came out with a good mindset on the defensive end in the third quarter so we just got to keep working on it."

And if there is a major takeaway from Tuesday's game is that the Jazz didn't allow the outside influences to affect their play. It was a professional performance. They came out, took care of a less talented team and then moved on. It's something they hadn't really done yet this season — the ugly performances against a Kevin Durant-less Nets and the Knicks on this same road trip coming to mind.

It was a step forward, even if it should have been expected.

"We were aware of the situation, and whether or not we would play tomorrow," Snyder said. "We were aware of that all day waiting for a lot of the contract contact tracing to take place. it didn't factor into how we played the game. We wanted to come out and play the right way and you know it's the old adage one game at a time."

That old saying might be more appropriate this season than any before it. Peeking ahead might lead you to focus on a game that won't be played. The NBA has already postponed five games this week, and it's not even Wednesday. How many more are coming?

"Things are unpredictable," said Mitchell, who scored 27 points on just 15 shots on Tuesday. "So you can't really come in and say, 'Oh we did everything right' because we can do everything right and something still may go haywire."

So the only thing the Jazz can do is focus on the moment — as they did on Tuesday.

"Right now, I think all of us are glad to be getting on a plane and going West instead of East," Snyder said. "That said, I think our mindset has to be to get ready for the next game. we played well tonight, we played solid and you want to keep playing."