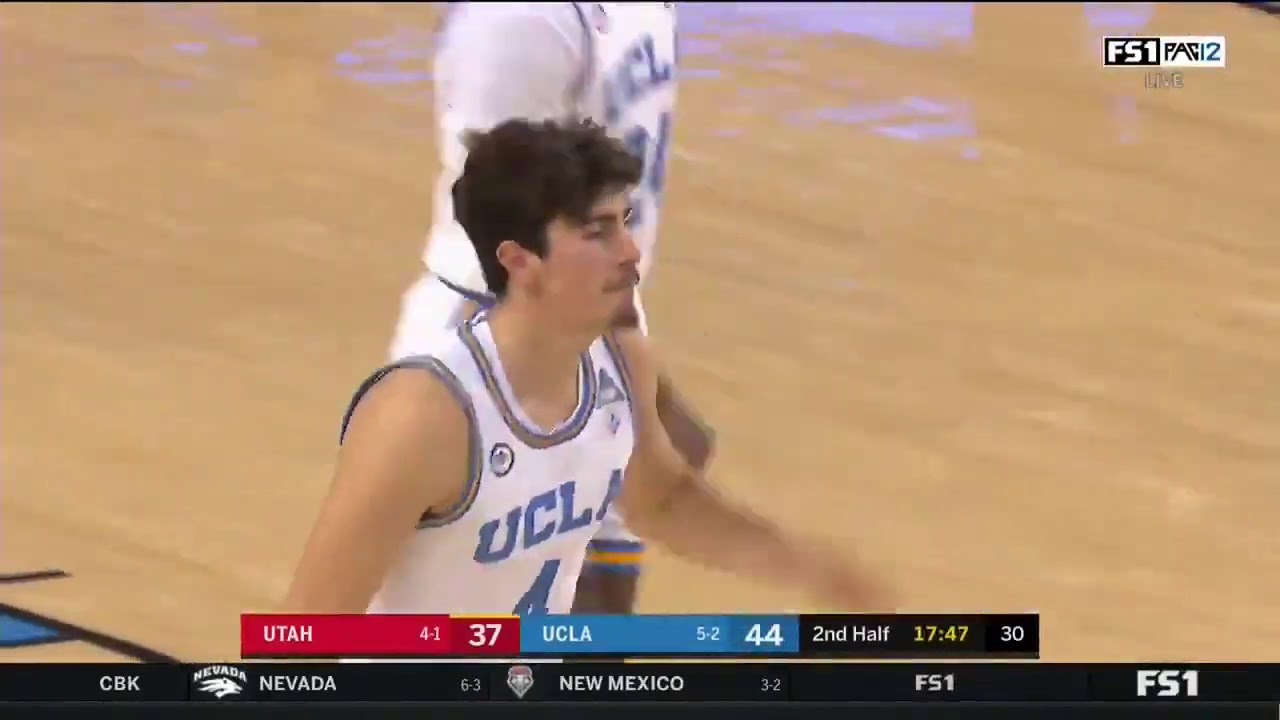 SALT LAKE CITY — There was nobody hotter than Alfonso Plummer in the first four minutes of Utah's road contest against UCLA.

The senior guard made five straight buckets, including four 3-pointers, in the opening minutes of the game to help Utah to an early 16-4 lead before the Bruins were forced to call a timeout to stop the bleeding.

"We need his firepower," Utah head coach Larry Krystkowiak said. "And when he takes open, good shots from just about any distance, I'm fine with that. It was a good night for Fonz, no doubt."

The timeout worked as UCLA reeled off 14 unanswered points to claim its first lead of the game and to keep the game within distance. The two teams traded baskets for much of the night, with UCLA controlling the lead for much of the game before the Bruins pulled away late for a 72-70 win.

"It's just one of those college basketball games that was a one-possession game and was there for the taking, and we've got to just keep building," Krystkowiak said. "But we've had a good week of practice — made some improvements. So, I like, short of, the fact that we didn't win the basketball game. Our team's improving, and I like what we did here tonight."

Reminiscent of when former Ute Parker Van Dyke drained a 3-pointer to beat UCLA (6-2, 2-0) at Pauley Pavilion a couple of years ago, Utah (4-2, 1-1) had one final opportunity to go the full distance of the court with 3.9 seconds left to either tie or win the game with a 3-pointer.

Freshman Pelle Larsson, who was in at guard at the end to replace sophomore Rylan Jones after Jones fouled out, dribbled the length of the court into the paint before turning the ball over after looking to dish it out for a 3-point shot. His pass was delivered right into the hands of a UCLA player.

"We put a pretty good player in a position to make a play, and we've got to move on from it," Krystkowiak said. "We'll spend a little bit more time on end-of-game situations.

"We were presented with an opportunity to win the game and didn't make the play that we needed to."

He has 14 out of the 16 points for @UtahMBB in the first half 😳 pic.twitter.com/K0AwQrzdZU

Krystkowiak said the end-of-game scenario should have had several outcomes — a drive to the basket, which was available, or for Larsson to pull up for a shot to tie or win.

"I know that's the one everybody wants to talk about, the end-of-the-game play, but we had a lot of good basketball in between, and we had a lot of things that we can fix," he said, "and that's what I'm interested in as moving forward."

"We trust whoever got the ball in their hands to make the play in that situation," said junior forward Timmy Allen, who finished with 18 points, 16 of which came in the second half. "It didn't come out how we wanted it to. But, you know, you got to live and die with the people we got on the court. So it's one play, but we could have done a lot before that to not be in that position. I put a lot on my shoulders for the terrible performance in the first half."

Utah failed to score in the final three minutes of the first half and allowed UCLA to close the half on a 9-0 run to take a 9-point lead into the break behind a team-high 13 points from UCLA's Chris Smith, who was a perfect 6-of-6 from the field in the half. Utah also struggled to battle a physical UCLA team on the glass and was outrebounded 20-12 (7-1 on offensive rebounds) in the half.

UCLA built up its largest lead of the game, 47-37, early in the second half before Utah whittled away the lead to eventually take a 3-point lead with just over six minutes left to play behind the offensive power of Plummer and Allen, who combined for 40 points on the night. Plummer led with a team-high 22 points and six rebounds in the loss.

But UCLA's Jules Bernard and Johnny Juzang took over late, as Smith hit a clutch corner 3-pointer with just over two minutes to play, to help the Bruins pull away. The teams traded baskets down the stretch, but Utah could overcome the late deficit.

Smith led the Bruins with a team-high 16 points on 7-of-9 shooting from the field and was joined by Bernard and Juzang's 13 points apiece in the win.

Utah returns to action in Los Angeles Saturday as the Utes look to battle USC at 2 p.m. MST. The game will be broadcast on the Pac-12 Networks.