Kyle Morrell, author of 'greatest single play in BYU sports,' dies at 57 after battle with ALS 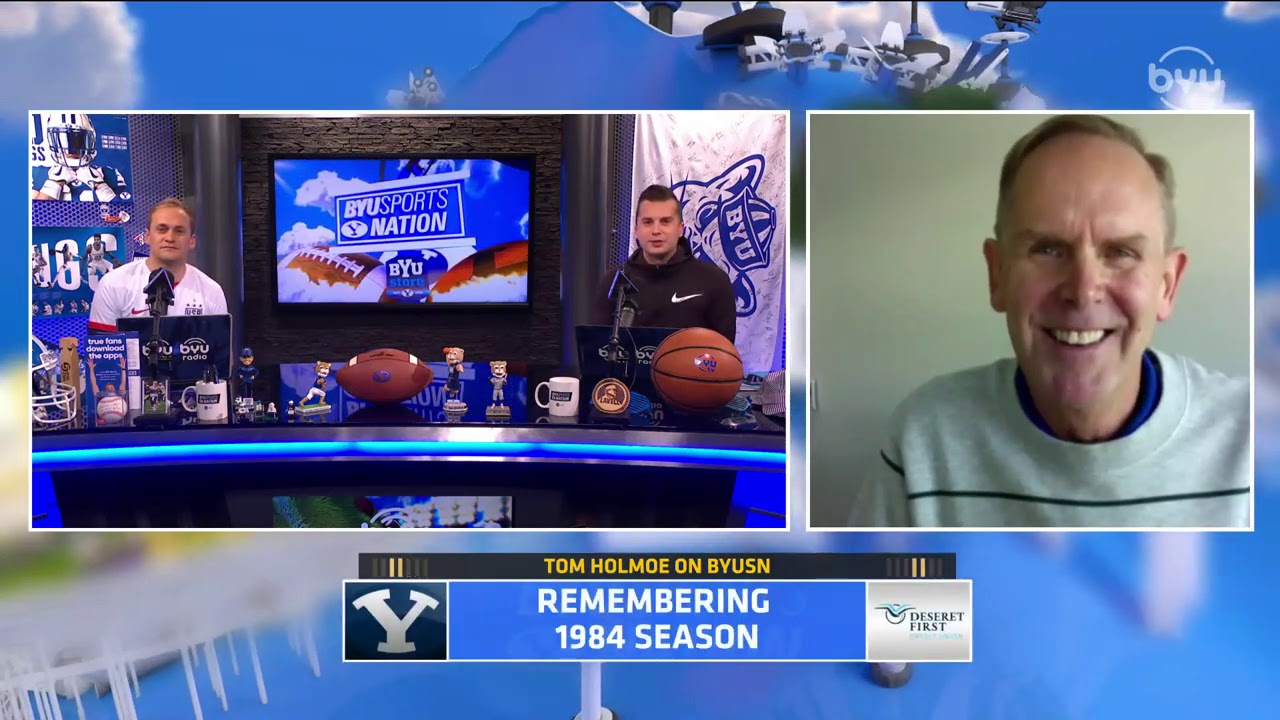 PROVO — The driver behind one of the more iconic plays in BYU football history has died.

"So sad at the passing of my dear friend and BYU teammate Kyle Morrell — my little brother for two years on the field," Holmoe said via Twitter. "He's mostly remembered for the greatest defensive play in Coug history, but I'll never forget his heart, passion, intensity and love for our team. 'Til we meet again!

"He was one of the greatest kids to ever play with," Holmoe added on BYUtv. "He made so many plays at BYU."

The former BYU defensive standout was an Associated Press All-American in 1984 when he helped lead the Cougars to the program's first and only national championship with 70 tackles, two tackles for loss, and three interceptions that season.

So sad at the passing of my dear friend and BYU teammate Kyle Morrell - my little brother for 2 years on the field. He's mostly remembered for the greatest defensive play in Coug history, but I'll never forget his heart, passion, intensity & love for our team. Til we meet again!

But the 6-foot-2, 191-pound is best known as the driver behind what many consider the single-best defensive play in BYU history.

With an unbeaten season on the line in what turned out to be one of the closest regular-season games of the year on Sept. 22, 1984, Morrell dove over the line of scrimmage on third-and-short at the 1-yard line, caught Hawaii quarterback Raphel Cherry and pulled the signal-caller down to keep Hawaii out of the end zone.

Hawaii's Richard Spelman kicked a 17-yard field goal to take a 13-12 lead after that play. But Robbie Bosco threw for 264 yards, including the game-winning 25-yard strike to Glen Kozlowski, to win that game, 18-13, en route to an undefeated season that concluded with a 24-17 victory over Michigan in the Holiday Bowl and the program's first national championship.

Born in Scottsdale, Arizona, Morrell moved with his family to Bountiful in his youth, where he was a three-sport star in football, basketball and track at Viewmont High School. He broke the Vikings' school record for most defensive points in a season and was a member of the school-record 440-yard relay team as a senior.

He moved on to BYU, where he totaled 88 tackles and eight interceptions in a standout career that led to a brief stint with the NFL's Minnesota Vikings.

But Morrell will also be known for that play in the islands, which former BYU standout Vai Sikahema labeled the greatest defensive play in BYU history during a memorial of the 1984 season on its 20th anniversary.

"I've said this at numerous events at BYU," Sikahema told the Deseret News at the time. "Sometimes it's met with raised eyebrows. It's arguable, but the greatest single play in BYU sports was Kyle Morrell's leap over the line at Hawaii. Our offense wasn't playing very well that night.

Morrell was honored by BYU before last year's home football game against Liberty, when he was invited to be the honorary flag bearer for the Cougars' alumni flag and he rode a golf cart alongside his children. He was joined by former teammates Bosco, Kozlowski, Jim Herrmann and Jay McDonald.

"Kyle was an elite athlete with sub-4.5 speed and he had a great vertical jump," McDonald told the Deseret News at the time. "He has been a loyal teammate and friend and it hurts to see what he's going through right now. He had great football instincts, he was a player."