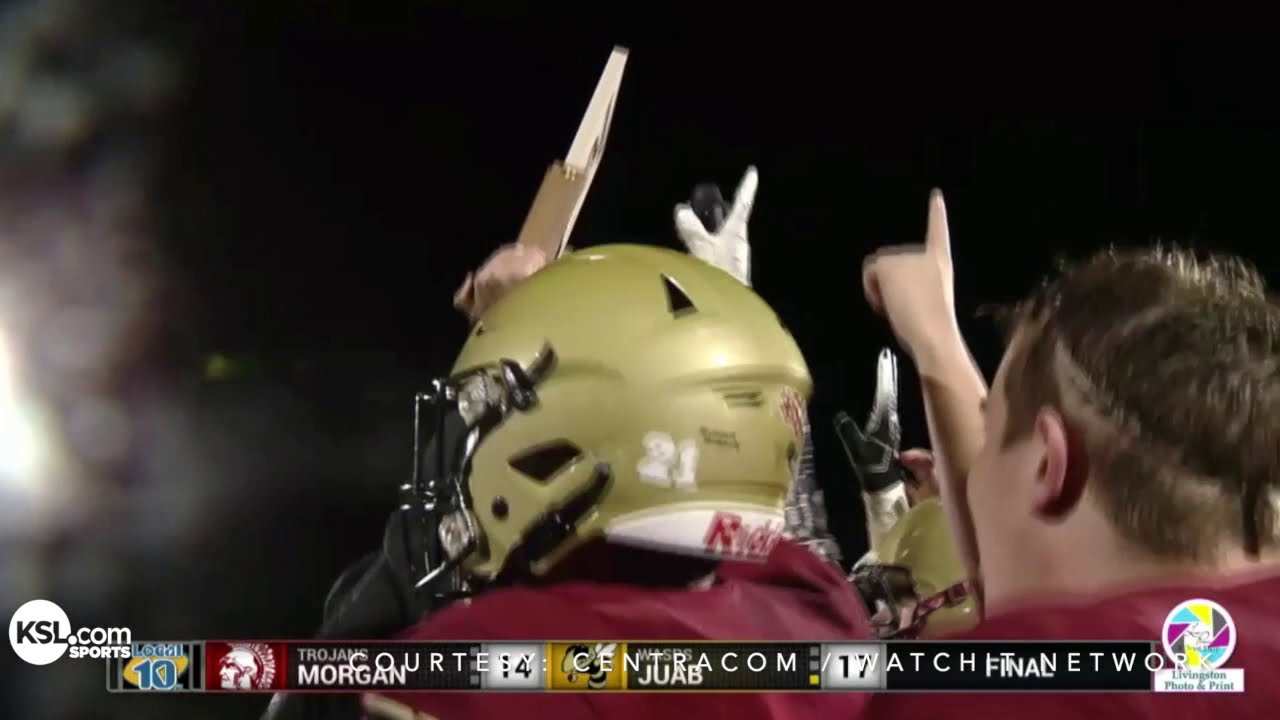 3A football: Juab runs to first state title in school history, 17-14 over Morgan

ST. GEORGE — Bodee Blackett drifted to his left, cut inside and saw a gaping hole in front of him.

The 5-foot-11 senior then ran to the sideline — and didn't stop. He bounced off one tackler, sidestepped another, and scampered into the end zone — 83 yards and paydirt.

In the history of Juab High School and the city of Nephi, no touchdown may have been sweeter.

"We're really excited to be here, given the circumstances and the way it's been," Juab coach Mike Bowring told Mid-Utah Radio via KSL.com. "We're glad we're here, and glad we have an opportunity to play.

For Blackett, none were bigger than his 83-yard score in the third quarter that turned a 14-10 deficit into a 17-14 lead.

The Wasp defense did the rest, holding the Trojans to 212 yards, and just 17 yards through the air as the defending champions tried to overturn a pair of deficits.

"We've had a sour taste in our mouth (since last year)," Bowring said, "and these kids wanted an opportunity to get back here."

Lund, who also had an interception on defense, gave Juab its first lead over the Trojans in two years, sprinting 33 yards into the red zone before finishing off the drive with a 1-yard touchdown plunge with 5:59 left in the first quarter.

Brayden Lawton pulled down an interception, Ryder Lish scored on a 16-yard QB option, and Will Lance's gamble paid off with a 2-yard plunge on fourth-and-goal that gave the Trojans the lead with 14-unanswered points in the second quarter.

Blackett gave the lead back to the Wasps with one move — or a series of jukes, jives and hold-ups as he scampered down the sideline 83 yards for the go-ahead touchdown with 4:44 left in the third quarter.

All that was left was a pivotal fourth-down stop by Shan Jackson, a sack by Daylen Christensen with 1:57 to go, and backup quarterback Alex Jackson setting up the final victory formation to help the Wasps lift the trophy — the biggest prize — for the program's first time.