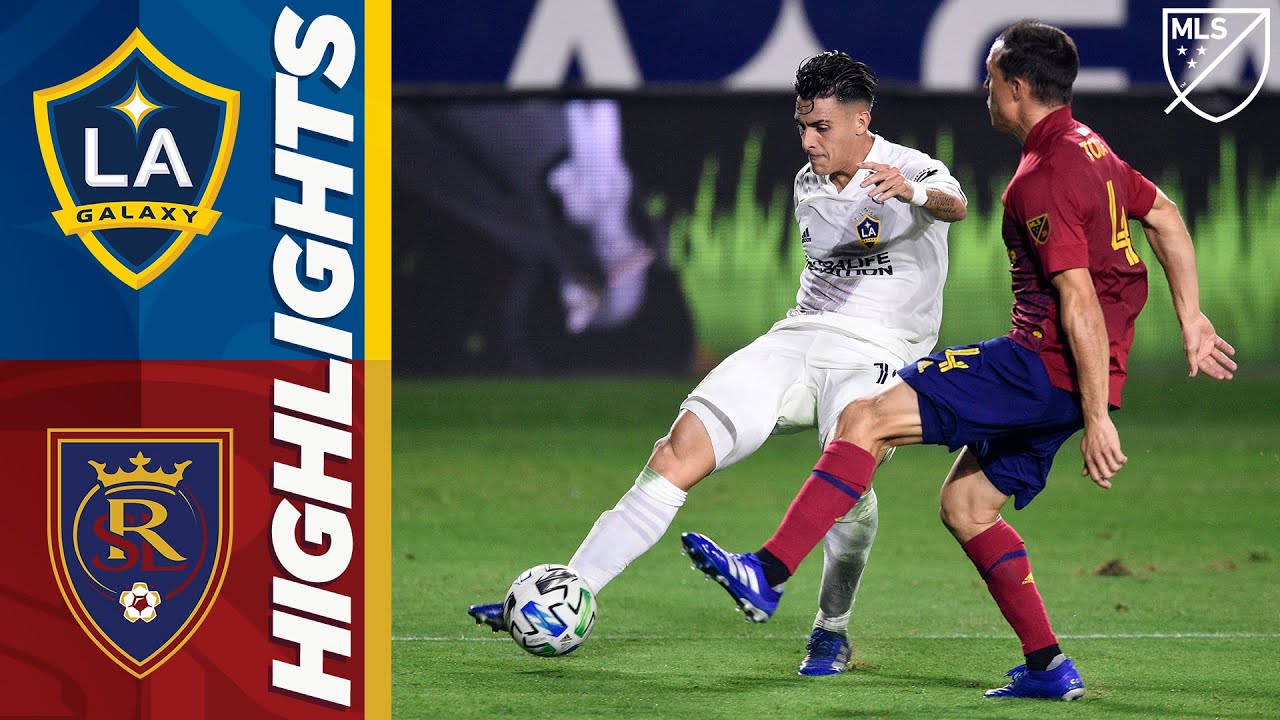 It only got more difficult from there.

Giancarlo Gonzalez and Cristian Pavon scored a goal in either half, and the Los Angeles Galaxy eliminated Real Salt Lake from the postseason with a 2-1 win Sunday night at Dignity Sports Health Park in Carson, California.

In a season where Salt Lake battled a global pandemic, a league restart, and a forthcoming ownership change, the club will not make it to the playoffs for the first time since 2017.

"It's not just about this game, but the games where we created a number of chances and didn't score goals," RSL midfielder Albert Rusnak told KMYU after the match. "We've conceded goals that cost us points, and right now, we see how those points cost us games.

With injuries to several key players like Kyle Beckerman and Giuseppe Rossi and the absence of fullback Aaron Herrera, RSL faced a tough climb from kickoff as it struggled to keep pace with the playoff line.

Then, Gonzalez did what many opposing teams did throughout 2020 against RSL: he gave the Galaxy (6-11-3) an early edge. The Costa Rican international headed home a free kick from Sebastian Lletget in the 18th minute that cleared goalkeeper Andrew Putna inside the left post, and the Galaxy held the advantage until halftime.

LA out-shot the visitors 5-2 before the break, holding Salt Lake without a shot on goal and leaving the listless Utah side looking in danger of being eliminated from playoff contention.

But the final touch wasn't there before the break, and for much of the final 45 minutes, too.

"I'm disappointed. There were some very close games that we just couldn't put away, very similar to this one," RSL coach Freddy Juarez told reporters after the match. "We felt like we were the better team, had a good grasp of the game, and just weren't ruthless enough.

"The effort was there. The tactics were pretty good. It's disappointing, and I know the guys are disappointed. I feel for them, for the staff, for the club. I know they are disappointed in me, and they should be. We busted our butt to get in this year, and it wasn't good enough. But it wasn't for lack of effort."

Baird nearly equalized in the 51st minute, but the RSL winger's attempt to chip goalkeeper David Bingham was miraculously saved by the last-ditch effort of Gonzalez with a high-kick leg that slammed into the net after making the block.

"I thought it was a goal, to be honest, but I'm hoping with the technology nowadays, they had a good look at it," Rusnak said. "When we're winning games, those kinds of chances go in. But at the moment, we're in a struggle and have to work hard to score goals.

"It will be a long thought process on the whole season."

But it was that kind of night for RSL.

It's been that kind of season for RSL, and when combined with Colorado's stunning win and a canceled match that won't be made up that shifted MLS's playoff qualifying format to points-per-game instead of points in a single table, it ended that season.

Pavon finished off Real Salt Lake's postseason chances, rounding the defense to double the Galaxy's advantage in the 65th minute en route to LA's second wind in the past nine matches.

Martinez pulled one back in the 79th minute for RSL, finishing off Justin Meram's cross from the left side to give Salt Lake life.

But it was too little, too late for Salt Lake — both on the night, and on the season.

"The energy was awesome, especially in the second half," Juarez told KMYU. "I guess we just weren't good enough in the final third. We pushed and pushed and pushed, but came up short. But I'm proud of the fight from the guys.

"The energy was amazing, but not good enough."

Douglas Martinez pulls one back—Galaxy up 2-1 with ten minutes to go. #LAvRSLpic.twitter.com/T2HPtaHM7R

The club will return home to Salt Lake City with emotions Sunday, and look ahead to next week's season finale with Sporting that now comes with little on the line other than pride and the chance to knock off a heated rival one last time in front of their fans.

"I'm motivated. When you see the team playing like they did tonight, you would hope they can carry on again. But obviously, we've got to be better," Juarez said.

"It's the final game of the season. The motivation is there, because the fans deserve it. They deserve the last energy we have … and also, we should be motivated because every year, teams change. It might be the last time you play with a teammate."