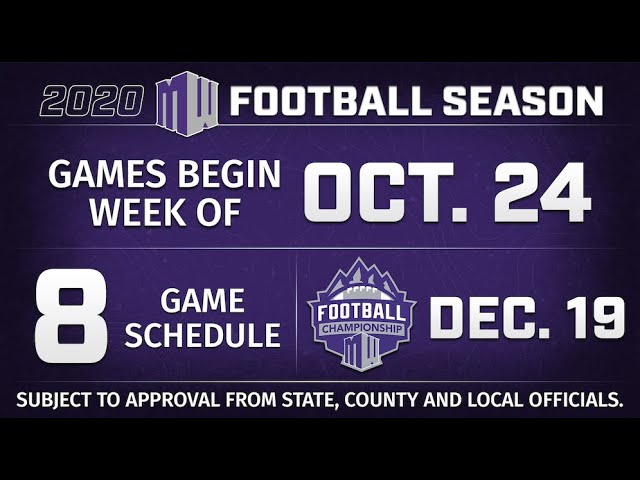 The conference announced Thursday a clear path to an abbreviated college football season this fall, an eight-game season beginning the weekend of Oct. 24 leading up to a Dec. 19 conference title game.

More information on the league's start to play and schedule will be released Friday morning.

The league’s athletic directors, including Utah State's John Hartwell, met together Thursday to discuss the viability of playing football in the fall. Commissioner Craig Thompson told the Associated Press last week that the conference would not move forward with a season without its schools having the ability to test daily for the novel coronavirus, and the league boss has maintained several times that playing college football is intrinsically connected to college campuses in the region.

On Thursday, those stipulations began to be met.

The Mountain West postponed the fall sports season on Aug. 10, following in the footprints of the Mid-American Conference, Big Ten and Pac-12.

Nearly two months later, the Big Ten is preparing to kick off the opening weekend and the Pac-12 announced its own foray back into the fall calendar.

With the move, nine out of 10 Football Bowl Subdivision conferences have started or announced plans to play at least a limited variation of a football season in the fall. Only the Mid-American Conference remains opted out, but a panel of MAC presidents is scheduled to meet Friday, according to multiple reports.