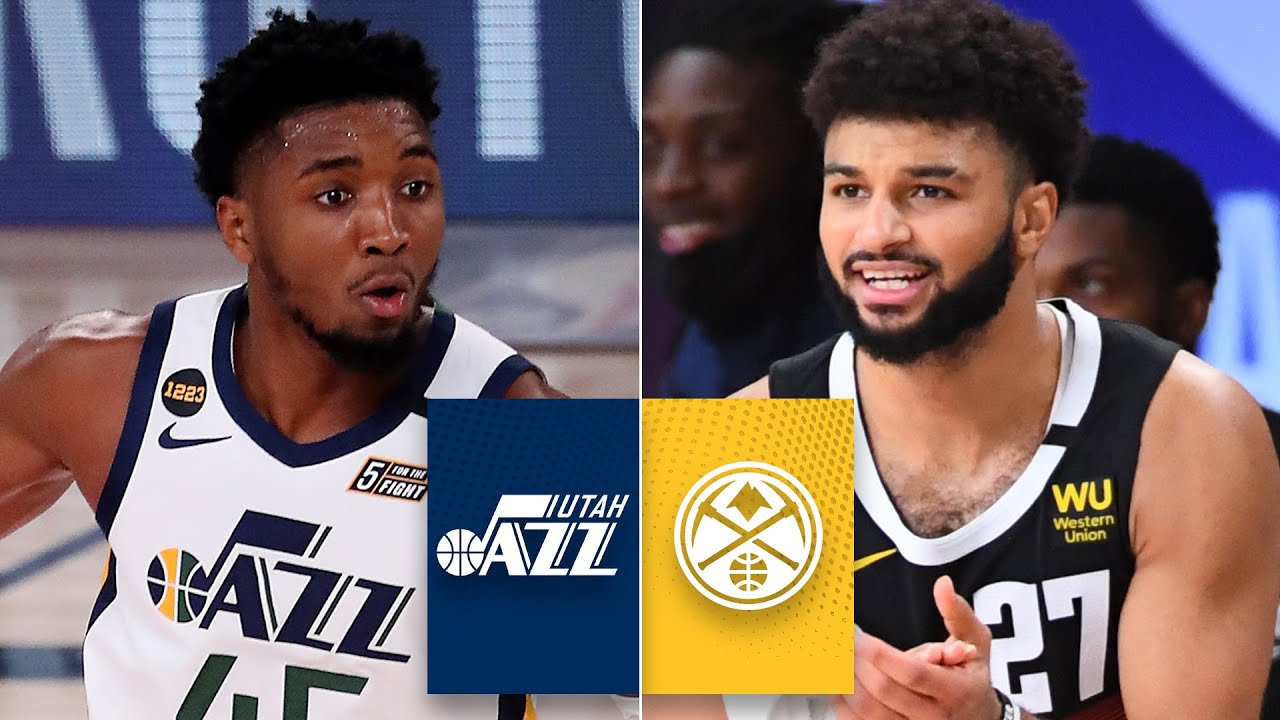 SALT LAKE CITY — Donovan Mitchell collapsed to the ground, the finality of the moment just starting to sink in. Mitchell was ready to celebrate as Mike Conley’s last-second 3-pointer left his hand and Mitchell thought he was going to be able to rejoice when it got to the basket.

Basketball, though, can be a cruel game. The ball went halfway in and then rolled out.

Just like that, the game was over — and so was the season.

The final image of a tumultuous season? Mitchell lying on the ground as the Denver Nuggets celebrated an 80-78 win in Game 7 Tuesday and a 4-3 first-round series victory.

"This is one of the toughest losses that I have been involved with,” Jazz coach Quin Snyder said.

And tough because of that last shot.

Mitchell lost the ball with 8.2 seconds left and that led to an ill-advised Denver fastbreak. Torrey Craig had a shot at the rim that would have sealed the game, but his layup rolled off. Rudy Gobert got the rebound, but the Jazz didn’t have a timeout. So Gobert threw it to Conley near midcourt. Conley dribbled into an open 3-pointer that would have won the series.

"I felt really good about it,” Conley said. “I thought it was going in."

Jamal Murray was the first person to get to Mitchell after the game. The two high-scoring guards embraced — officially marking the end to an all-time individual duel. In the seven games, Mitchell and Murray combined for 475 points, the most points from a pair of players in a single playoff series in NBA history.

Mitchell’s 253 points were the most ever scored by a player in a first-round series. And, of course, it was Mitchell who rallied the Jazz in the third quarter, scoring 13 of his 22 points to help the Jazz erase what once had been a 19-point deficit.

“Donovan Mitchell has had an incredible series on so many levels,” Snyder said. “And tonight may not look like his best game of the series but in many ways, I felt like his character came out tonight as much as any other time because nothing was easy the entire game.”

The first six games were high-scoring affairs; Game 7 was a battle of attrition.

And it came down to a battle in the paint.

Nikola Jokic faked a shoulder turn and then elevated for a high-rising hook shot. The ball went just over Gobert’s outstretched hand and into the basket with 27 seconds remaining. That gave Denver a two-point lead and Jokic 30 points on the evening. And it was an answer to Gobert’s game-tying dunk on the other end.

Gobert scored 10 of his 19 points in the fourth quarter as he tried to atone for a lackluster first half with a dominant final two quarters. He added 18 rebounds and anchored a Utah defense that stymied Denver’s offense in the second half.

It was the Gobert that Jazz fans have grown accustomed to seeing. He stepped up on screens, stopping the penetration of Murray, and then recovered in time to defend at the rim. Murray was held to 17 points on 7-of-21 shooting. That’s the kind of play that made Gobert a two-time Defensive Player of the Year — and the play that turned the game around.

The Nuggets scored just 30 points in the second half which allowed the Jazz to come roaring back after an uninspired start.

“We were dead in the water,” Snyder said.

Utah scored just 36 points in the first half and trailed by double digits for much of the opening two quarters. But it was Mitchell’s strong third quarter and Gobert’s elite defense that brought the Jazz back.

A 12-0 run in the fourth quarter gave Utah a 70-68 lead with 5:41 remaining. But the two All-Stars needed just bit more help. Joe Ingles had just 7 points, Royce O'Neale had just 5 and Mike Conley had just 8 points on 2-of-13 shooting. And his final one will linger.

“We were down and came back and fought and fought and clawed and to be that close, that hurts,” Mitchell said. “I didn't really know what else to do. I was exhausted. I just kind of just laid there. This is gonna be on my mind for a long time.”

The missed shot marked the end of a unique season — the most unique season in franchise history. A virus, a hiatus, a bubble, and now, just like that, it’s over.