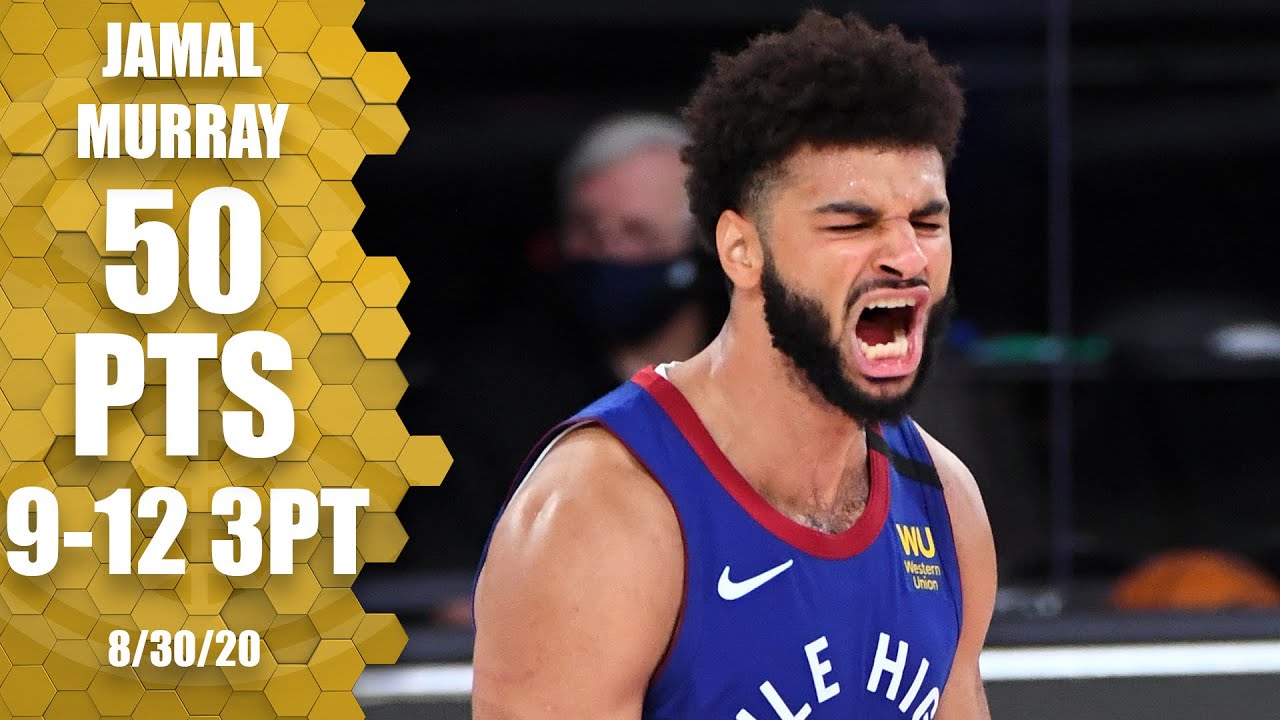 SALT LAKE CITY — Donovan Mitchell and Rudy Gobert watched as Mason Plumlee chased down a rebound. Nikola Jokic walked right into a 3-pointer. Frustration led to Gobert putting a foot into a chair.

And just like that, we are off to Game 7.

For the third straight game, the Utah Jazz looked simply disinterested in or, maybe worse, completely incapable of guarding Jamal Murray. The Denver point guard scored another 50 points — his second 50-point night in three games — and the Nuggets topped the Jazz 119-107 Sunday night in Game 6 at Lake Buena Vista, Florida.

That performance set up a win-or-go-home Game 7 on Tuesday. The Jazz will try to avoid losing a 3-1 series lead for the first time in franchise history.

"We're trying to make him hit contested shots, and he's doing that,” Utah coach Quin Snyder said. “There were times when we did try to trap him or hit him and get the ball out of his hands. But he's playing terrific basketball. We've got to do a better job on him."

That’s quite the understatement. Murray became the first player since Allen Iverson in 2001 to score 40 points in three straight playoff games and became just the fourth player in NBA history to score over 50 two times in a series (Donovan Mitchell did the same thing earlier in the series — and with 44 points on Sunday, Mitchell almost made it No. 3).

“Jamal had his 50, but he made passes and guys knocked down shots,” Mitchell said. “We got to be aggressive on the defensive end, we let him get comfortable. Even when we turned it up, at that point, as a scorer he's going to get going.”

The Jazz “turned it up” in the fourth quarter (or at least they tried) — Murray dropped 21 points. Yes, some of it was defense — bad switches, not fighting through screens, missed assignments, some surprising lack of effort, etc. But it was also just Murray doing what he has done all series: hitting massive shots down the stretch.

Murray made three 3-pointers in the final 3:33 of the game to shut the door on Utah’s chances and force the series finale.

And while Murray was lighting the Jazz up, the once-potent Utah offense floundered again. Following a 36-point first quarter, the Jazz looked like a shell of themselves the rest of the way. Some of that was due to poor bench production — Jordan Clarkson and Georges Niang both struggled while Juwan Morgan and Tony Bradley saw a combined seven minutes in the game after poor first half showings — but also because the Jazz went isolation-heavy.

In the second half especially, Utah stopped moving the ball and its offense was generated mostly by Mitchell. To his credit, the Jazz star kept things close with a 44-point night on 14-of-25 shooting and 9 of 13 from 3. But none of those points really felt like they came easy. That's a testament to Mitchell, but it's also a critique of the Jazz offense.

Gobert’s famous screens? Almost nonexistent in the second half as Utah used guard screens to pinpoint matchups and then players drove into a mass of bodies. Only Mitchell and Mike Conley (21 points and six assists) had any effectiveness offensively. Joe Ingles and Royce O’Neale were both just 1 of 4 from the field and Gobert was 3 for 8 for 11 points.

So why did the Jazz go away from their patented Gobert pick and roll?

“I don't know,” Gobert said. “We have different people calling the plays and stuff, so I'm just trying to be where I'm supposed to be.”

Snyder said as the game progressed, the Jazz’s decisions weren’t as quick or determined. Utah hesitated too much, didn't see passing lanes, and didn't have enough urgency.

“If you've got a short window to shoot the ball you need to shoot it, pass it or drive it,” Snyder said. “Their length and their size make some of those reads difficult, but we've got to be more determined, you know, to attack quickly and make quick decisions.”

They’ll have one more chance to do just that — or they’ll be leaving the Orlando area soon.

“Jamal's been playing out of his mind, (Nikola) Jokic has been playing great, we just got to find a way to execute. We did it three times, we can do it a fourth,” Mitchell said.