This story is sponsored by Robert J. DeBry—more than 200 years of combined experience practicing personal injury law. *Robert DeBry is retired from the practice of law.

Many talented Utahns have risen to fame in recent years due to their musical ability, comic prowess, or unique entrepreneurial endeavors. Thanks to YouTube, you can enjoy their gifts and talents from your own home, at no cost.

If these YouTube videos teach you anything about Utahns, it's that they have a talent for music, laughter, and destruction.

Though it's impossible to track every viral video with Utah connections, here are a few of the most popular ones.

'Will it Blend?' — Blendtec

Sure, your blender can make smoothies — but can it pulverize an iPad? This was something Tom Dickson, founder of the Utah-based Blendtec company, set out to answer through the company's viral marketing campaign titled "Will it Blend?"

Wanting to prove that the "Most Advanced Blender on Earth" could do more than simply puree food products, Dickson began throwing things such as hockey pucks, golf balls, marbles, and electronics in the blender to see if they could withstand the thick, steel blades. With more than 18 million views, the iPad video is the most popular to date.

The marketing publication AdAge listed Blendtec's "Will it Blend?" videos as the No. 1 viral video campaign of all time.

If you enjoy watching things get destroyed, be sure to check out JerryRigEverything — another YouTube channel created by a Utah native.

Utah native Stuart Edgington (a.k.a. "Stuart Edge") rose to YouTube fame with his "Mistletoe Kissing Prank" filmed on the BYU campus, and people seemed to enjoy viewing the pranked public displays of affection. Seven years later, the video has more than 29 million views.

Edgington's goal is to create videos that make people laugh and feel inspired. Among these funny and inspiring videos are spread several acts of kindness, such as paying for strangers' groceries or providing beds to shelter dogs.

Definitely the most epic penalty shootout you will ever see, "Top Soccer Shootout Ever With Scott Sterling" is Studio C's most famous video is one you shouldn't miss — particularly if you enjoy sports comedy. Five years and more than 70 million views later, "Scott Sterling" continues to be a hit with a worldwide audience.

The star of the clip, Matt Meese, and other former Studio C cast members got their start at BYU. They have since gone on to form the new comedy troupe "JK Studios," where they continue to create funny, family-friendly content.

'How to Make LEGO Gummy Candy!' — The King of Random

Dedicated to the "excitement found in discovering the unknown," the "King of Random" YouTube channel was created by Hurricane resident Grant Thompson.

If you ever wanted to know how to make a laser-assisted blowgun, or learn some life hacks for the summertime, the King of Random is the channel for you. The most popular video — "How to Make LEGO Gummy Candy!" — received more than 37 million views, and might be a good way to keep the kids entertained during the wintertime.

Tragically, Thompson passed away in a paramotoring crash in 2019, but his channel lives on through co-hosts Nate Bonham and Calli Gade. The pair strives to preserve Thompson's legacy by continuing to post experimental/how-to videos that satiate curiosity.

'What's Inside a Rattlesnake Rattle?'

Continuing with the theme of curiosity, a father and son from Kaysville have received more than a billion views on their YouTube channel. The premise is fairly simple: they cut things open to see what's inside.

Since 2014, the Markhams have cut open everything from shoes, toys, gadgets, and other random items. Their most popular video — "What's Inside a Rattlesnake Rattle?" — currently has more than 86 million views.

You might've seen her fabulous Disney covers from when she was an astounding 3-years-old, but now 7-year-old Claire is taking over Disney World with her "Disney Princess Medley". The local media company, Modo Studios, is responsible for the videography of this sensation.

Claire's parents, Dave and Ashley, met at BYU but now live in the Pacific Northwest. When the family still lived in Utah, they filmed many of Claire's greatest videos here, like this "Tangled" video with more than 16 million views! You can see some familiar sights in the background at a lantern festival in the Salt Lake Valley throughout this sweet video.

What began as an unconventional way to market pianos turned into a Billboard-topping, YouTube sensation that brought new life to classical, contemporary, and rock-and-roll music. Since 2010, pianist Jon Schmidt and cellist Steven Sharp Nelson have worked with videographer Paul Anderson and music producer Al van der Beek to create covers and mashups of popular and classic songs. The group has collaborated with YouTube stars and musicians such as Alex Boyé, Lindsey Stirling, Peter Hollens, and others.

While the Piano Guys have covered everything from Mozart and Beethoven, to Coldplay and Taylor Swift, the most-viewed video to date is their cover of Christina Perri's A Thousand Years on YouTube. You can find the area they shot this video in southern Utah close to Baker Dam.

Who could've imagined that a band that got its start in Provo would one day have more than 8.6 billion views on YouTube?

Imagine Dragons was formed in 2008 when lead singer Dan Reynolds teamed up with drummer Andrew Tolman, both of whom were attending Brigham Young University at the time. Since then, the band has shot to chart-topping fame with hits like "Radioactive," "Demons," and "Believer."

Their music video for "Thunder" currently has 1.3 billion views on YouTube. 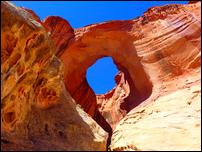 Robert J. DeBry & Associates is dedicated to bettering the quality of life in Utah by providing education and services to the Utah community. If you've been injured in an accident and need legal assistance, please contact our office at 801-699-9999.
×