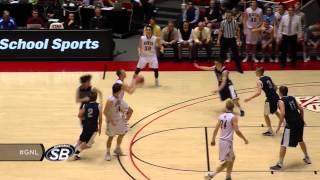 5A Quarterfinals Copper Hills vs Davis 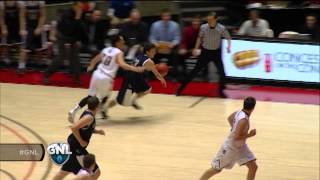 SALT LAKE CITY — With minutes left in regulation in the third 5A basketball quarterfinal of the day, Davis High appeared to be yet another number-one seed headed for an upset.

Instead, a last second lay-in sent the Darts to overtime, and propelled them into the 5A semifinals with a 66-62 overtime victory over Copper Hills at the Jon M. Huntsman Center.

While the Darts led 27-24 at halftime, the Grizzlies outscored Davis 18-11 in the third quarter, giving Copper Hills a 42-38 lead going into the fourth quarter. Still, the game came down to the final moments, as Davis had the ball with ten seconds left. With seconds ticking off the clock, the Darts’ Jaydon Ryan laid the ball in just before time expired, sending the two teams to overtime tied at 54-54.

Davis advances to the 5A semifinal, where the Darts will face three-time defending state champion Lone Peak.

Then, in overtime, Davis outscored Copper Hills 12-8. Statistically, Davis won the game on the back of free-throw shooting, as the Darts made as many free throws as the Grizzlies attempted (23).

Copper Hills finishes the season with a record of 14-9.