Reno hospital killer appeared to be on mission 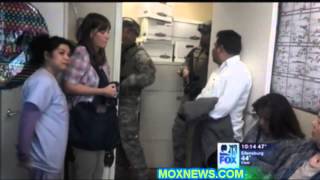 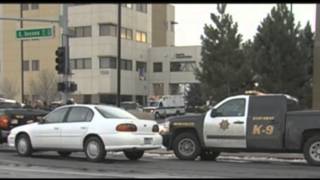 RENO, Nev. (AP) - Police think a suicidal gunman was on a mission of violence when he calmly entered a third-floor urology office and opened fire with a 12-gauge shotgun, killing one doctor, critically wounding another and shooting a third victim after warning patients and their children in a waiting area to "get out."

A witness who was among those the shooter passed in the waiting room told The Associated Press on Wednesday that the man believed to be from Northern California could have killed many more people at the Reno medical complex if that was his intent.

Detectives have not been able to establish a motive or any relationship the man may have had with the two doctors and the relative of a patient who were shot Tuesday before the gunman killed himself.

"While we piece this thing together, we are trying to figure out what that relationship is, if there is a relationship at all," Reno Deputy Police Chief Mac Venzo said.

"But the fact the shooter went through the first and second floor, made his way to the third floor of the building, would indicate to me it is not a random event," he told reporters at police headquarters.

Police were withholding the name of the killer because they said they still have not been able to reach his next of kin.

But Plumas County Sheriff Greg Hagwood confirmed in neighboring Northern California on Wednesday that Reno police searched the gunman's home Tuesday night in Lake Almanor, a small community about 130 miles north of Reno. The search was first reported by the Reno Gazette-Journal.

Hagwood said the man was a long-time resident of the community and lived alone.

"Part of the investigation and service of the search warrant was to help identify next of kin," Hagwood told AP, adding that authorities have established he has California relatives outside of Plumas County. He said investigators were "taking every measure possible to make notification of family as quickly as they can so they're not watching the news and having the unsettling experience of finding out that way."

City of Reno spokeswoman Sharon Spangler said her office could not confirm or comment on the developments. She said Wednesday night she did not anticipate any additional information would be released before Thursday.

Police identified the slain doctor as Charles G. Gholdoian, 46, a urologist at Urology Nevada within the Center for Advanced Medicine on the campus of the Renown Regional Medical Center. His colleague, Dr. Christine Lajeunesse, was conscious Wednesday but remained in critical condition at Renown, hospital officials said.

Lajeunesse and Shawntae Spears, 20, who was accompanying a family member on a visit to the doctors, each was shot once. Spears' condition improved Wednesday from critical to serious, the hospital said.

"Urology Nevada is shocked and saddened by the events that occurred," the medical center said in a statement. "At this time we have no information as to why these terrible events occurred, and we are cooperating with the authorities in every way possible to learn more."

Dr. Michael Morkin, an emergency room surgeon and the incoming chief of staff at Renown, where the victims were taken, said both doctors were his friends. He described them as "exceptional physicians."

"It is a very difficult time for the medical community," he told reporters.

Police said there were about 100 people in the office building when authorities were alerted at 2:05 p.m. Tuesday about an "active shooter."

Venzo said investigators have talked to 29 witnesses so far, with more interviews pending.

Vitalis Ozoude, a state auditor, was in the reception area of Urology Nevada with his wife and 3-year-old son waiting for his child's appointment when the gunman walked in and eventually told them and others to leave.

"I don't think he meant to kill everybody because if he did he had ample opportunity to do that," Ozoude told AP. He said the dozen or so people in the waiting room didn't immediately react to the sight of a man carrying the gun because he seemed calm.

"He looked like he belonged. I thought he worked there, and he was just getting a gun from his car or taking it to his office," he said.

Vicki Green, another patient who said she was standing within an arm's length of the shooter at one time, said he "seemed calm, yet agitated at the same time."

"He started swinging the gun and telling everybody in the waiting room, `You need to get out, you better get out, you should get out,'" Green told KRNV-TV. "People started picking up their stuff and their kids and running."

Venzo said the gunman went past the front desk at the urologist's office and entered the patient examination rooms.

Moving through the exam area, he fired at least four rounds from the shotgun, striking the three victims, before making his way back to the office's waiting area and turning the gun on himself, police said.

The shooting comes nearly two months after a 12-year-old boy opened fire at an area middle school, killing a math teacher before killing himself. Two victims from that attack were treated at Renown Regional.

The medical center also has treated victims of other recent tragedies, including a crash at a Reno air race in 2011 that killed 11 people and a shooting rampage at a Carson City restaurant the same year that killed three uniformed Nevada National Guard members.