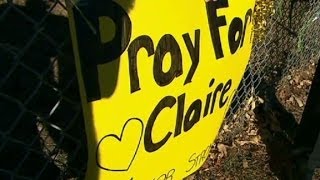 School shooting victim in a coma

CENTENNIAL, Colo. (AP) - The Colorado high school student who critically wounded a classmate before killing himself on Friday may have planned to attack five rooms inside the school, a sheriff said.

Investigators were trying to determine whether Pierson intended to attack the occupants of those rooms, Robinson said in a statement.

Also written on Pierson's arm was the Latin phrase, "Alea iacta est," which translates to "The die has been cast," Robinson said.

Robinson has previously said that investigators believed a librarian who headed the school's speech and debate team was Pierson's intended target Friday, but that Pierson also planned to harm many others. Pierson had been disciplined by the debate team coach in September.

The librarian escaped, but Pierson critically wounded a 17-year-old senior, Claire Davis, whom he encountered when he entered the school. Davis remains in a coma at Littleton Adventist Hospital.

Pierson, a senior, killed himself in the library 80 seconds after entering the school as a school security officer closed in.

He was armed with a 12-gauge pump-action shotgun, more than 125 rounds of buckshot, steel-shot and slug ammunition, three Molotov cocktails and a machete, Robinson said.