Children pulled from van that burned 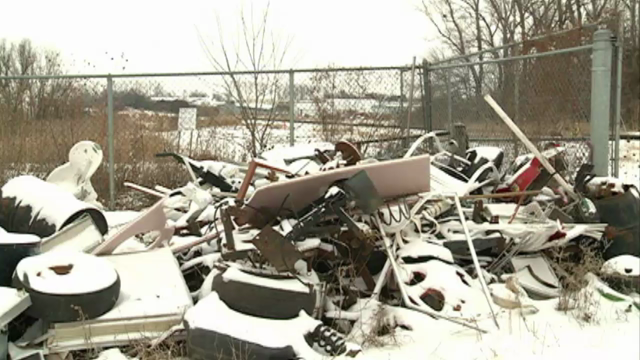 RETON, Iowa — The items in the junk yard near Sioux Center, Iowa, may be meaningless to some, but what's left of one 15-passenger van was hard for mother of two Ellie Pieper to fathom.

"That was my kids inside there and all that is left is a steel shell. There is nothing left of it," Pieper said.

Friday afternoon, her children, Carlee and Jack, were riding in a van driven by babysitter Tara Dekkers.

"We heard a pop, which had a backfire sound, I guess you'd call it. And, then very quickly the van filled up with smoke," Dekkers said.

Dekkers pulled the van over and unloaded her precious cargo, seven kids, ages 1 to 6.

"I would not have my children here with me if she wouldn't have acted fast. I consider Tara a hero. I'm very thankful for what she has done," Pieper said.

I just praise God that he gave me the clarity and the quickness to get them all out before the van went up in flames.

All seven children were pulled out safely before the van was engulfed with flames. The daycare provider said she just did what she had to do.

"I think that I did what anyone would do in that situation and I just praise God that he gave me the clarity and the quickness to get them all out before the van went up in flames," Dekkers said.

Because of Dekkers' quick judgment, Pieper will be able to hug her kids tight tonight.

And, Dekkers said she didn't do it alone. She said a man helped keep the kids warm up in his pick-up truck during the ordeal.