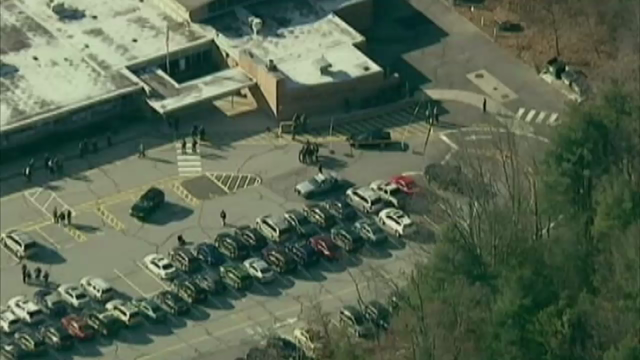 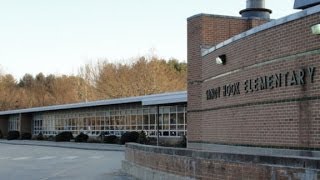 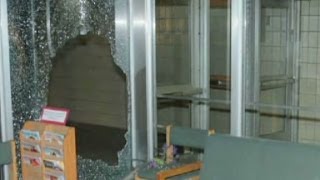 6AM: Report due on Sandy Hook shooting

HARTFORD, Conn. (AP) - In fifth grade, Adam Lanza wrote a book that included tales of children being slaughtered and a son shooting his mother in the head.

In the years that followed, he was obsessed with mass murders, assembling articles, photos, books, footage and violent video games, including one in which players gun down students in school. He even kept a spreadsheet ranking mass murders.

Nearly a year after Lanza shot his mother to death and then massacred 26 people at Sandy Hook Elementary in Newtown, prosecutors closed the case Monday with a report that sketched a chilling portrait of a young man with a twisted fascination with violence.

But they were unable to answer the question that everyone has been asking since the tragedy: Why?

"The obvious question that remains is: `Why did the shooter murder 27 people, including 20 children?' Unfortunately, that question may never be answered conclusively," the report said.

Lanza "was under no extreme emotional disturbance for which there was a reasonable explanation or excuse."

The summary released by the lead investigator, State's Attorney Stephen Sedensky III, describes a 20-year-old gunman who had "significant mental health issues" but had sure knowledge of what he was planning: Besides having the spreadsheet, he smashed his computer hard drive and he used earplugs during the shooting.

Lanza killed 20 first-graders and six educators with a semi-automatic rifle at the school on Dec. 14. He also shot his mother in the forehead inside their home. He committed suicide with a handgun as police arrived at the school.

Sedensky said there was no clear indication why Lanza chose Sandy Hook Elementary other than that it was close to his home. He attended Sandy Hook from first through fifth grade, but he was never assigned to the classrooms where the shootings took place.

The spiral-bound manuscript that Lanza wrote in the fifth grade at Sandy Hook, "The Big Book of Granny," was among items seized from Lanza's home. There is no indication he ever handed the book in at school.

The main character has a gun in her cane and shoots people, and another character likes hurting people, especially children

Lanza also became obsessed with the 1999 Columbine High bloodbath and other such mass killings, the report said.

The guns he used in the attack had been purchased legally by his mother, who often took her son shooting and, according to the report, had written out a check to buy him a pistol for Christmas.

The report said that in 2005, Lanza was diagnosed with Asperger's disorder _ an autism-like condition that is not associated with violence _ and that he lacked empathy for others and behaved strangely.

Nobody was allowed into his room, not even to clean, according to the report. It said Lanza also disliked birthdays, Christmas and holidays and did not like to have his hair cut.

He also wouldn't touch doorknobs, his food had to be arranged on the plate in a certain way, and he changed clothes often during the day. He was a loner at school and was repelled by crowds and loud noises.

Weeks before the Newtown shooting, Nancy Lanza was concerned about her son and said that he hadn't gone anywhere in three months and would communicate with her by email only, even though they lived in the same house, according to the report.

However, she never expressed fear that she or anyone else was in danger from Adam, the report said. She was out of town in New Hampshire the week before the shooting, arriving home the evening of Dec. 13.

Lanza "was undoubtedly afflicted with mental health problems; yet despite a fascination with mass shootings and firearms, he displayed no aggressive or threatening tendencies," Sedensky wrote.

"Some recalled that the shooter had been bullied; but others _ including many teachers _ saw nothing of the sort."

Sedensky said the hard drive taken from Lanza's bedroom might hold clues but was so damaged that data will probably never be extracted from it.

A timeline released with the report indicates that nearly six minutes passed between the arrival of the first Newtown police office and the time officers entered the school. The report said officers were operating under the belief there may have been more than one shooter.

Whether the delay made any difference was unclear. The report said Lanza killed himself about a minute after the first officer arrived.

Teresa Rousseau, whose daughter Lauren was among the six educators killed at Sandy Hook, said she hasn't read the report.

"It's just too painful to go there," Rousseau said.

Donna Soto, the mother of slain teacher Victoria Soto, said in a statement that nothing could make sense of the shooting.

To try to figure out the motive, investigators said, they interviewed members of Lanza's family _ his father and brother cooperated fully _ along with teachers and others. They said they also tried within the limits of privacy laws to gather information on his medical treatment.

They found no evidence he had taken any medication that would have affected his behavior or explain the bloodbath.

Sedensky's report is a summary of a much larger Connecticut state police evidence file that is expected to be released at a later date.

Sedensky has gone to court to fight release of the 911 tapes from the school to spare the victims' families the anguish. A Connecticut judge said Monday he will listen to the recordings before deciding whether they can be made public.

The report said the first officer arrived behind the school at 9:39 a.m. Two other Newtown officers then arrived within seconds, and gunshots were heard in the background.

The last gunshot officers heard, which is believed to be the suicide shot by Lanza, was heard at three seconds past 9:40. Newtown officers entered the school at 47 seconds past 9:44, according to the report.