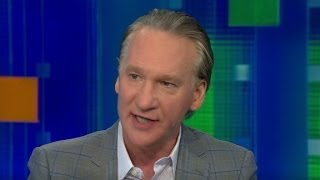 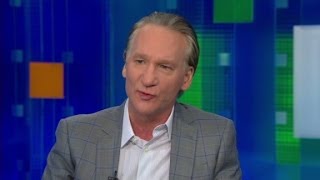 Bill Maher: &quot;it's the law, you're supposed to help it along&quot; 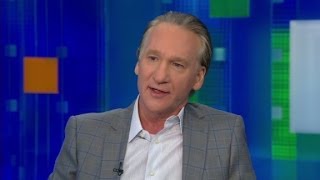 Bill Maher: Obamacare is not going to fail 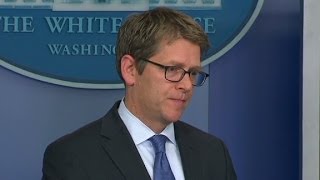 Can people keep plans under Obamacare?

She promised that a "vast majority" of consumers will be able to shop online for health insurance under Obamacare by the end of November without the problems currently being reported, even as the website was down once again.

"In these early weeks, access to HealthCare.gov has been a miserably frustrating experience for way too many Americans, including many who have waited years, in some cases their entire lives, for the security of health insurance," Sebelius said before the House Energy and Commerce Committee.

"I am as frustrated and angry as anyone with the flawed launch of HealthCare.gov," she said. So let me say directly to these Americans: You deserve better. I apologize. I'm accountable to you for fixing these problems."

SALT LAKE CITY — The Affordable Care Act website, healthcare.gov, should be working by the end of next month, according to the White House. But people still want to know: Why won't it work now?

Former U.S. Senate candidate Pete Ashdown, a long-time techie who started Utah's oldest Internet service provider, XMission, said the state of healthcare.gov "raises the eyebrows of anyone who is technical and has written software before."

The website's difficulties are well-known in the technology community, including issues with the source code and problems handling a high level of users on the website.

"If I was to approach the problem, I'd probably go in and start over," Ashdown said.

It's why so many in charge are getting so much heat, like Health and Human Services Director Kathleen Sebelius. President Obama has also been critical of the site's rollout.

The website is extremely complex. The New York Times wrote this week it holds an estimated 500 million lines of code, 50 times larger than Facebook.

"A car that drives itself has maybe 10 million lines of code," Ashdown said.

Experts around the country have said these problems should have been avoided, and Ashdown agrees.

"They could have done what we call 'siege testing' to test the performance of the website and say 'OK, we can handle so many people per minute, so many visits per minute, and we can be ready for this kind of high load if we get it,' " Ashdown said. "It sounds to me like that wasn't done. Otherwise, they would have seen these problems a long time ago."

Open enrollment deadlines loom at the end of the year, so the clock is ticking to get the bugs fixed.

The secretary also admitted to having made a mistake when she told the President that the website was "ready to go."

"Clearly, I was wrong. We were wrong," she said.

Republican Rep. Fred Upton of Michigan opened the hearing by saying news about the President Obama's signature health care reforms "seems to get worse by the day," adding that "Americans are scared" and "may be losing their faith in the government."

However, Sebelius said Obamacare has delivered on its central promise to provide affordable health care.

Thousands of people have been able to access the website to look at new health coverage options, she said.

She echoed the same stance the administration has taken — that a team of experts is scrambling to fix the errors.

Pressed as to whether the Obama administration lied when it said that those who liked their current insurance policy would be able to keep it, Sebelius said the President kept his promise.

People who bought their own health coverage before Obamacare was signed into law in 2010 can keep those policies if they choose under a "grandfather" clause included in the legislation, she said. Those who like their health care plan can keep it, relying on the technicality that the coverage must predate the law, she said.

Sebelius was responding to a question about people having their policies canceled.

She said the troubled Obamacare website has cost $174 million so far, including $56 million for technological support.

Some of the criticism of the website's launch has to do with what the administration knew and when it knew it.

CNN has learned the administration was given stark warnings just one month before the launch that the federal health care site was not ready to go live, according to a confidential report.

The caution, from the main contractor CGI, warned of a number of open risks and issues for HealthCare.gov, even as company executives were testifying publicly that the project had achieved key milestones.

In these early weeks, access to HealthCare.gov has been a miserably frustrating experience for way too many Americans, including many who have waited years, in some cases their entire lives, for the security of health insurance.

Sebelius, however, said the outside contractors that built the website never recommended delaying the October 1 launch.

She did admit that "we did not adequately do end-to-end testing" of the website and that various components "were not locked and loaded into the system" until mid-September.

The contracts with the private companies working on the Obamacare website do not have any "built-in penalties" allowing her department to charge them for disappointing or faulty work, Sebelius said. However, she said the agency will not pay for incomplete work.

Rep. Mike Rogers, a Michigan Republican, accused Sebelius of putting the private information of Americans at risk by failing to properly test security measures on the website.

"This is a completely unacceptable level of security," he said, adding, "you know it's not secure."

Sebelius said testing occurs regularly and told Rogers she would get back to him on whether any end-to-end security test of the entire system has ever occurred. Rogers responded that he knows there have been no such comprehensive security tests.

An internal government memo, obtained by CNN on Wednesday and written just days before the website opened, warned of a "high" security risk because of a lack of testing of the website.

President Barack Obama is citing the Massachusetts health care system's slow start to keep expectations low for early sign-ups for his own overhaul. And he's pointing to the bipartisan effort to get the program launched in Massachusetts to encourage his opponents to stop rooting for his law's failure.

"Due to system readiness issues, the (security control assessment) was only partly completed," said the memo from the Center for Medicare and Medicaid Services. "This constitutes a risk that must be accepted and mitigated to support the Marketplace Day 1 operations."

One of her lieutenants — Marilyn Tavenner, who heads the Centers for Medicare and Medicaid Services unit that oversees the HealthCare.gov website — became the first government official to face congressional questioning on Tuesday at a House Ways and Means Committee hearing full of fiery partisan clashes.

Tavenner offered the first administration apology for the delays, error messages and other problems faced by Americans who have tried to sign up for health insurance on the website for the past four weeks.

But she also insisted the online troubles were being resolved and the overall program was working, albeit slower and less successfully than hoped.

In an exclusive interview with CNN last week, Sebelius said Obama didn't know of the problems with the Affordable Care Act's website until after the troubled launch. This was despite the fact that insurance companies had been complaining and the site crashed during a pre-launch test run.