Macy's Thanksgiving parade returns, with all the trimmings 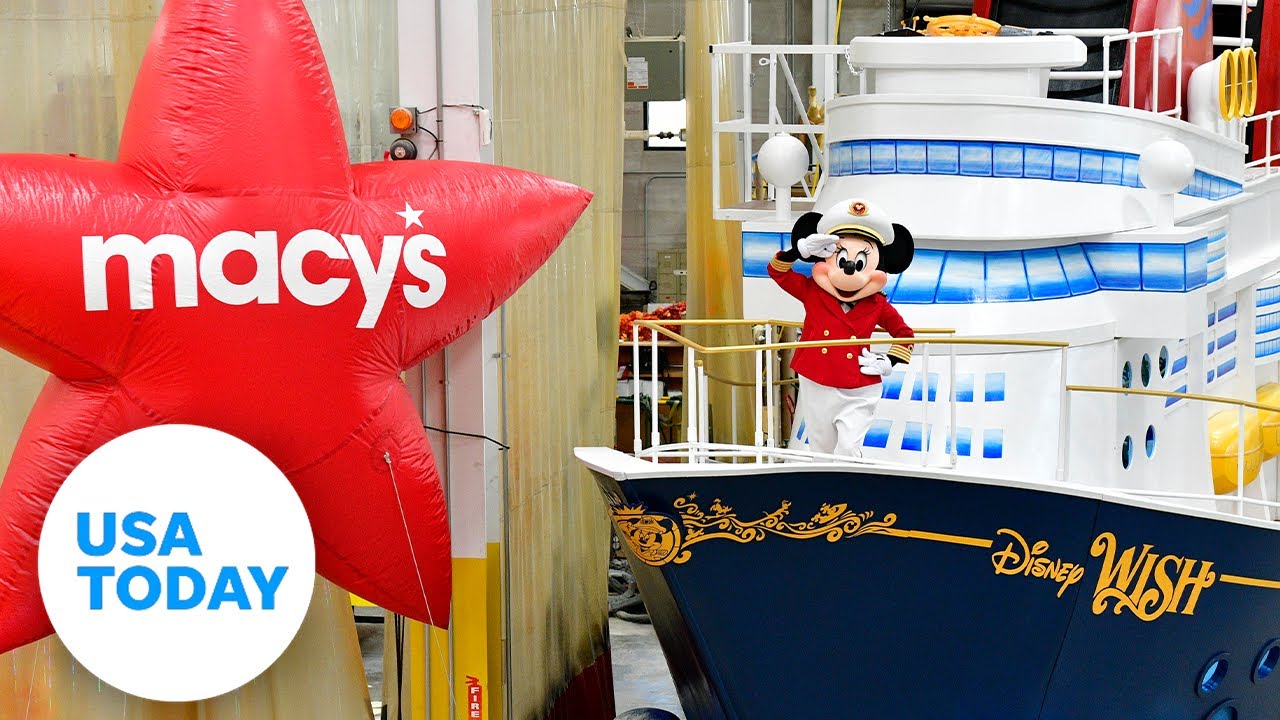 Balloons, floats, marching bands, clowns and performers — and, of course, Santa Claus — once again wended though 2 1/2 miles (4 kilometers) of Manhattan streets, instead of being confined to one block or sometimes pre-taped last year.

Spectators, shut out in 2020, lined the route again. High school and college marching bands from around the country were invited back to the lineup; most of last year's performers were locally based to cut down on travel. The giant balloons, tethered to vehicles last year, got their costumed handlers back.

To President Joe Biden, the parade's full-fledged return was a sign of renewal, and he called NBC broadcaster Al Roker on-air to say so.

"After two years, we're back. America is back. There's nothing we're unable to overcome," Biden said over the phone from Nantucket, Massachusetts, where he was watching the broadcast with his family.

The Thanksgiving parade is the latest U.S. holiday event to make a comeback as vaccines, familiarity and sheer frustration made officials and some of the public more comfortable with big gatherings amid the ongoing pandemic.

Still, safety measures continued. Parade staffers and volunteers had to be vaccinated against COVID-19 and wear masks, though some singers and performers were allowed to shed them. There was no inoculation requirement for spectators, but Macy's and the city encouraged them to cover their faces. A popular pre-parade spectacle — the inflation of the giant balloons — was limited to vaccinated viewers.

The Thanksgiving event also came days after an SUV driver plowed through a Christmas parade in suburban Milwaukee, killing six people and injuring over 60. Authorities said the driver, who has been charged with intentional homicide, was speeding away from police after a domestic dispute.

Mayor Bill de Blasio said Wednesday there was no credible, specific threat to the Thanksgiving parade, but the New York Police Department's security measures would be extensive, as usual.

"I'm very confident in what the NYPD has prepared to keep everyone safe," he said.

Thousands of police officers were assigned to the parade route, from streets to rooftops. Cars were blocked from the parade route with sand-filled garbage trucks, other heavy vehicles and approximately 360,000 pounds (163,000 kilograms) of concrete barriers.

Inside the barricades, the parade featured about 8,000 participants, four dozen balloons of varying sizes and two dozen floats.

New balloon giants joining the lineup include the title character from the Netflix series "Ada Twist, Scientist"; the Pokémon characters Pikachu and Eevee on a sled (Pikachu has appeared before, in different form), and Grogu, aka "Baby Yoda," from the television show "The Mandalorian." New floats are coming from entities ranging from condiment maker Heinz to NBCUniversal's Peacock streaming service to the Louisiana Office of Tourism.