Top health issues impacting Utah women (some might surprise you)

This story is sponsored by MountainStar Healthcare. Our hospitals and outpatient centers deliver high-quality, cost-effective patient care – when and where it's needed.

Of Utah's 3.1 million residents, slightly more than 1 million are adult women, according to U.S. Census Bureau data. Health issues affecting those women have a significant impact on the state.

The leading cause of death for women in Utah is cancer, with heart disease following as a close second, the Utah Department of Health said.

The following facts and stats offer an at-a-glance perspective on women’s health in Utah. Some of the numbers — well — they may surprise you.

The cancers that most commonly affect women include breast, ovarian, uterine and cervical cancers. Of these, breast cancer is the most prevalent type of cancer in Utah, affecting women almost twice as often as other cancers, according to data from Utah Department of Health said.

“Uterine cancer is the most common gynecologic cancer in Utah,” says Dr. Karen Zempolich of St. Mark’s Hospital Monarch Women’s Cancer Center. “The main symptom for uterine cancers irregular menstrual bleeding. Any woman who has stopped having regular periods (entered menopause) and then has vaginal bleeding should be seen by their gynecologist to check for uterine, and possible cervical cancer.

“While cervical cancer rates are lower in Utah than other parts of the country, many young women are diagnosed with severe pre-cancer that requires treatment," says Zempolich. "This is a highly preventable cancer through use of the HPV vaccine early in life.”

Children 11-12 should receive the HPV vaccine, both boys and girls, Zempolich notes. More than 80 percent will be exposed to the virus that causes nearly all cervical cancers. Pap smear screenings should start at age 21. The frequency of pap smear tests varies, depending on whether the prior pap test was normal. Tests can be used to detect the presence of high-risk HPV strains.

“The risk of developing most types of cancer can be reduced by changes in a person’s lifestyle, for instance, by staying away from tobacco, avoiding too much alcohol, limiting time in the sun, and being physically active and eating healthy foods,” the American Cancer Society said. 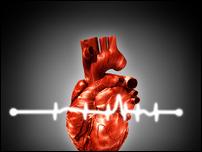 Take advantage of all that modern-day technology has to give. Take 15 minutes and $69, and stop guessing at how healthy your heart is — you deserve to know.

Adopting heart-healthy lifestyle modifications like these from the NHLBI is recommended:

Utahns are encouraged to discuss risk factors with a medical professional for the individual steps needed to prevent heart disease.

The air we breathe is a significant factor to overall health. Approximately 14 percent of air-quality-related deaths globally were due to chronic obstructive pulmonary disease or acute lower respiratory tract infections, the Utah Department of Health said.

COPD is an umbrella term for a group of diseases that restrict airflow and limit your ability to breathe. “Chronic lower respiratory disease, including COPD, is the third leading cause of death in the United States,” the CDC said.

More women suffer from COPD in Utah than men, with 70 percent of those affected reporting that it affected their quality of life the CDC said.

Winter in Utah is a particularly dangerous time for COPD because of winter inversion.

"Air quality is measured as the percentage of days with PM 2.5 levels over the National Ambient Air Quality Standards. Particulate matter that measures 2.5 micrometers in diameter or less is often called PM2.5....PM2.5 is composed of metals, allergens, nitrates, sulfates, organic chemicals, soil, and dust that are emitted from sources such as combustion products, soot from fireplaces, and blowing dust from construction sites and agricultural activities," the Utah Department of Health said.

Particulate matter impacts the health of your heart and your lungs. The result of exposure can lead to symptoms like shortness of breath, chest tightness or pain, coughing or irregular heartbeat.

Another top health issue for women in Utah is cerebrovascular disease, or what is more commonly known as stroke.

“Stroke, the death of brain tissue usually resulting from artery blockage, was the fifth leading cause of death in Utah in 2015. About 700,000 new or first-time strokes occur in the U.S. each year,” the IBIS said.

Research shows that women over the age of 75 have more stroke-related deaths than men in Utah.

On average, Utah's suicide rate has been steadily higher than the national rate.

“Overall, suicide is the eighth-leading cause of death for Utahns,” the Utah State Department of Health’s Indicator-Based Information System said.

Understanding some of the underlying causes of suicide can help reverse the number of suicide-related deaths in our state.

IBIS research has shown that the most common precursors to suicide include:

By paying attention to known causes of suicide, communities can be better prepared to identify at-risk members. Connections with others also play a pivotal role. “A lower risk of suicide ideation was found among students who regularly attended religious services or activities and regularly ate a meal with their family,” IBIS said.

A total of 6.9 percent of Utah adults have been diagnosed with diabetes while another 5.7 percent have been told by a health care provider that they have pre-diabetes, the Utah Women’s Health Coalition said.

“Almost 1 in 6 women has been diagnosed with diabetes,” the UWHC said.

This disease is the precursor to several other debilitating diseases and conditions like kidney disease, lower-extremity amputation, blindness, heart attacks and strokes.

To reduce or delay the progression of pre-diabetes to Type 2 diabetes the UWHC said women should lose weight and work on being more physically active. Early detection and treatment are key.

“Of the estimated 10 million Americans with osteoporosis, about 8 million or 80 percent are women,” the National Osteoporosis Foundation said.

Osteoporosis is defined as accelerated bone loss. While some bone loss is normal with aging, osteoporosis causes bones to become brittle and fragile at an accelerated and unnatural rate. This deterioration is often caused by hormonal changes, or deficiencies in calcium or vitamin D, the foundation reports.

“Women should all be screened for osteoporosis starting at the age of 65 with additional testing dependent on the findings,” said Dr. Nathan Bertoldo, OBGYN at Cache Valley Medical Group in Logan. “Maintaining strong bones is the key to prevention of osteoporosis and is fairly simple. There are three key steps that women can implement in their daily activities, including: 1-calcium, 2-Vitamin D and 3- weight bearing exercise.”

“Every nine seconds, a woman is beaten in the United States,” the Partnership Against Domestic Violence, said.

Domestic violence affects women and families in Utah at a startling level. In fact, it is estimated that 1 in 3 Utah women will experience some form of domestic violence in her lifetime, Utah Valley University said.

“Our rate is slightly higher than the national average (32.4 percent versus 28.8 percent). According to the Utah Domestic Violence Coalition, more than 40 percent of adult homicides in Utah since 2000 have been domestic violence-related,” UVU said.

Domestic violence education and prevention can change the health of women all over the state while returning and elevating the incontestable impact Utah women bring their state and local communities.

Utah ranks 17th in the country for opioid-related overdose death, the U.S. Department of Health and Human Services said. This opioid crisis affects both Utah women and men with the HHS declaring a public health emergency in 2017.

Nationwide, in 2016, there were 42,000 deaths from opioid overdose, said the NIH, and the numbers continue to rise.

Those suffering from addiction can’t defeat it on their own. They need help. Getting those that need the treatment help is the new challenge.

“A great part of the tragedy of this opioid crisis is that, unlike in previous such crises America has seen, we now possess effective treatment strategies that could address it and save many lives, yet tens of thousands of people die each year because they have not received these treatments,” said NIDA Director Dr. Nora Volkow to the NIH.

Utah women are some of the toughest out there, but all are susceptible to stress. While some stress is a natural part of everyday living, stress that leads to unhealthy behaviors or symptoms is stress that needs attention.

“Some studies show a correlation between chronic stress and an increase in risk taking behavior or decisions,” said Dr. Jeffery Brown, an OBGYN at MountainStar Medical Group Brigham City. "This is more common in women than men. All aspects of learning such as memory are also negatively affected by stress. It’s important to learn to manage stress so that it doesn’t lead to these problems and other physical problems in women such as menstrual bleeding abnormalities.”

“Women continue to bear the brunt of stress, particularly in relation to financial concerns and worries over their family’s health and family responsibilities, and they consistently report higher levels of stress than men,” said the American Psychological Association.

“Of greatest concern is the fact that women report more physical and emotional symptoms of stress, and are more likely to report lacking willpower to make changes recommended by health care providers.”

If you struggle with one or more of these top health issues affecting Utah women, partnering with local health care professionals is the first step toward obtaining and maintaining better health. MountainStar Healthcare serves the entire Utah Wasatch Front and community and can support you in your wellness goals.

Editor’s Note: Anything in this article is for informational purposes only. The content is not intended, nor should it be interpreted, to be a substitute for professional medical advice, diagnosis, or treatment. Always seek the advice of your physician or other qualified health provider with any questions you may have regarding a medical condition. Any opinions, statements, services, offers, or other information or content expressed or made available are those of the respective author(s) or distributor(s) and not of KSL. KSL does not endorse nor is it responsible for the accuracy or reliability of any opinion, information, or statement made in this article. KSL expressly disclaims all liability in respect to actions taken or not taken based on the content of this article.