New allegation made against Zimmerman in court 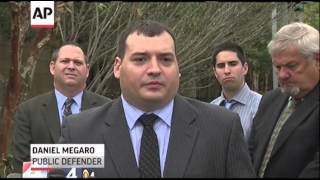 New Allegation Made Against Zimmerman in Court 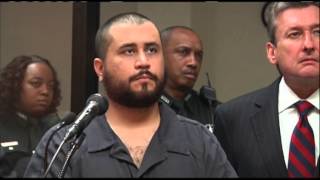 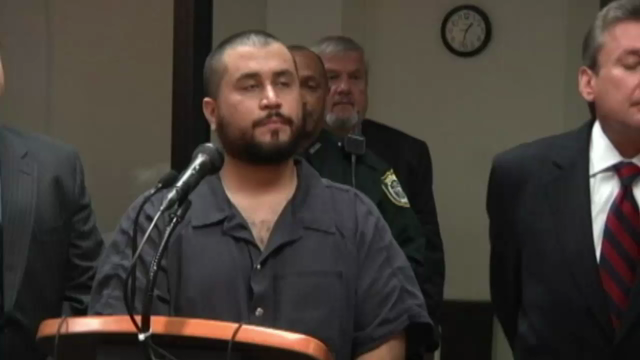 SANFORD, Fla. (AP) - George Zimmerman's girlfriend said he tried to choke her about a week ago during an altercation that was not initially reported to police, a prosecutor told a judge Tuesday during Zimmerman's first court appearance on domestic violence-related charges.

Samantha Scheibe feared for her life because Zimmerman mentioned suicide and said he "had nothing to lose," according to Assistant State Attorney Lymary Munoz.

After the hearing, Zimmerman's public defenders said he did not appear to be suicidal and expressed confidence he would be acquitted of any wrongdoing in Monday's domestic dispute.

Hours later, Zimmerman was released from jail after posting $9,000 bond. He was seen walking out of the jail smiling and getting into a car.

Judge Frederic Schott ordered him to stay away from Scheibe's house, wear a monitoring device and refrain from contact with her. He was forbidden from possessing guns or ammunition or travelling outside Florida.

The judge said Zimmerman's previous brushes with the law were not a factor in the conditions he imposed, but he did cite the new allegation of choking as a reason for the bond amount.

Earlier this year, Zimmerman was acquitted of all charges in the fatal shooting of teenager Trayvon Martin in a case that drew worldwide attention. The Justice Department has been investigating whether to file civil rights charges against Zimmerman related to Martin's death, and a department spokesman said Tuesday that it would announce its decision soon.

Zimmerman, 30, wore gray jail garments and handcuffs during the hearing and spoke only when answering yes or no to the judge.

"I would think it would be difficult for George Zimmerman to get a job in central Florida," he said.

In an affidavit filed Tuesday, Zimmerman asked for a public defense, saying he has liabilities and debts of at least $2 million and no income. He said he had less than $150 in cash on hand.

Dowdy and another public defender, Daniel Megaro, said Zimmerman was not suicidal.

Zimmerman has previously used a website to raise money for his legal and living expenses, including $95,000 spent on bail in the Martin case. The site also says tens of thousands of dollars were spent on living expenses and security.

The most recent posting on the site, weeks before Zimmerman's acquittal, said the fund ran out of money in late May but raised tens of thousands more after public requests for help.

A link to donate via PayPal did not appear to be working Tuesday.

In this latest scuffle, both Zimmerman and his girlfriend called 911 and provided dueling descriptions to dispatchers about the argument at the home she rented where Zimmerman was also staying.

The girlfriend told deputies the ordeal started with a verbal argument and that she asked Zimmerman to leave the house. Her account in the arrest report says he began packing his belongings, including a shotgun and an assault rifle. She says she began putting his things in the living room and outside the house, and he became upset.

At that point, the report said, he took the shotgun out of its case.

Zimmerman told his girlfriend to leave and smashed a pair of her sunglasses as she walked toward the front door, the report said. Scheibe told deputies he pushed her out of the house when she got close to the door.

Moments later, Zimmerman called 911 from inside the house to tell his side of the story.

"I have a girlfriend who, for lack of a better word, has gone crazy on me," Zimmerman said.

Zimmerman then said he never pulled a gun on his girlfriend and that it was she who smashed a table. He also told the dispatcher that Scheibe was pregnant with their child and that she had decided she would raise the child on her own. When Zimmerman started to leave, "she got mad," he said.

Seminole County Chief Deputy Dennis Lemma said at a news conference that Scheibe was not pregnant. He also said Zimmerman was compliant and unarmed when deputies came to the house.

On Tuesday, Dowdy said he could not confirm whether the girlfriend was pregnant.

The arrest on Monday was the latest legal problem for Zimmerman since he was acquitted last summer of criminal charges in the fatal shooting of Martin. Zimmerman has said he shot the 17-year-old to defend himself during a fight in February 2012 inside a gated community in Sanford, just outside Orlando.

Relatives of Martin, who was black and unarmed, accused Zimmerman of racially profiling the teen and instigating a fight. Zimmerman, who identifies himself as Hispanic, said he shot the teen in self-defense. The case sparked nationwide debates about race and self-defense laws.

In September, just months after his acquittal, Zimmerman was accused by his estranged wife of smashing an iPad during an argument at the home they had shared. Shellie Zimmerman initially told a dispatcher her husband had a gun, though she later said he was not armed.

No charges were ever filed because of a lack of evidence. The dispute occurred days after Shellie Zimmerman filed divorce papers. George Zimmerman was served the papers while in custody on the latest charges, said Shellie Zimmerman's lawyer, Kelly Sims.

In 2005, he had to take anger-management courses after he was accused of attacking an undercover officer who was trying to arrest Zimmerman's friend.

Since his acquittal, Zimmerman has also been pulled over three times for traffic stops.