SALT LAKE CITY — The extended deadline to file for state and federal taxes is rapidly approaching with filings due next week, with IRS data suggesting there are still a significant number of returns outstanding.

Taxpayers must file their taxes by July 15 unless they have been granted an extension to October.

“The IRS has reported that about 139 million tax returns have been filed as of June 26, but that tells us that there are actually quite a few filers that still haven’t filed,” said Nathan Rigney from the Tax Institute at H&R Block. “We really expect the rush to begin this week and continue through the 15th.”

The Internal Revenue Service announced an extension to file taxes in March as COVID-19 began to shut down cities and states around the country.

According to Rigney, the interesting part of the IRS data is that the number of refunds is down 10% from about 104 million last year to 94 million this year.

“Based on last year’s numbers, about 10 million more refunds had been claimed on returns last year compared to this year,” he said.

Rigney said the low number of filers could be due to two main factors identified in an H&R Block user survey: procrastination and people being uncomfortable filing in-person due to the pandemic.

He said this prompted the company to implement social distancing measures in its offices, as well as expand online options for filing. People are still able to drop off their tax documents to a preparer who will file them and call when they are finished.

Tina Hess, co-owner of Barber Tax Service in Salt Lake City, said this tax season has been about the same as previous seasons except for being spread out.

“We have our regular clients, which is about the same. I think a few people might have done their own this year to save money or because they had more time at home,” Hess said.

She said filings this year have been similar despite the pandemic because there are always people who procrastinate and don’t file until the deadline is near.

However, Hess fielded a lot of questions from existing clients and others about stimulus checks and the Paycheck Protection Program passed by Congress.

“We were very busy with existing clients and just with the general public with questions about the stimulus payments and PPP loans; I think that a lot of people turned to tax preparers to answer questions,” Hess said.

The biggest struggle for her, she said, is being understaffed because she usually hires temporary help in the months leading up to the April tax filing deadline. Hess couldn’t hire more preparers to help after April because of costs, so she’s been handling a lot of the filings on her own. 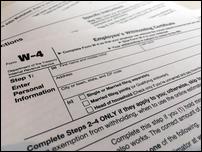 No more delays: What to know about the July 15 tax deadline

So for those of you still waiting to file, make a payment or with other questions, a few answers.

This has led to her not accepting any additional clients or walk-ins so she can stay caught up with her current clientele.

According to Shawna Willits, certified tax preparer and co-owner of Scofield Tax Service, her office also fielded a lot of questions about COVID-19 related relief aid from individuals and businesses.

Willits said she also noticed an uptick in people filing taxes with her company so they could receive their stimulus money.

“We’ve had back filers get caught up so they could get the stimulus checks,” Willits said. “The stimulus itself caused more people to file.”

There’s been an increase in new clients and others seeking tax help at her Salt Lake City location, she said.

“Deadlines always create rush, so there is another rush to finish up before July,” Willits said of the recent increase in filings.

Kikuchi and Rigney said taxpayers should consider getting their taxes finished now instead of waiting because late penalties still apply for people who owe money, even if they have received an extension to October.