Serbia's Novak Djokovic reacts after winning a point against Stefanos Tsitsipas of Greece during their final match of the French Open tennis tournament at the Roland Garros stadium Sunday, June 13, 2021 in Paris. (Michael Euler, Associated press) 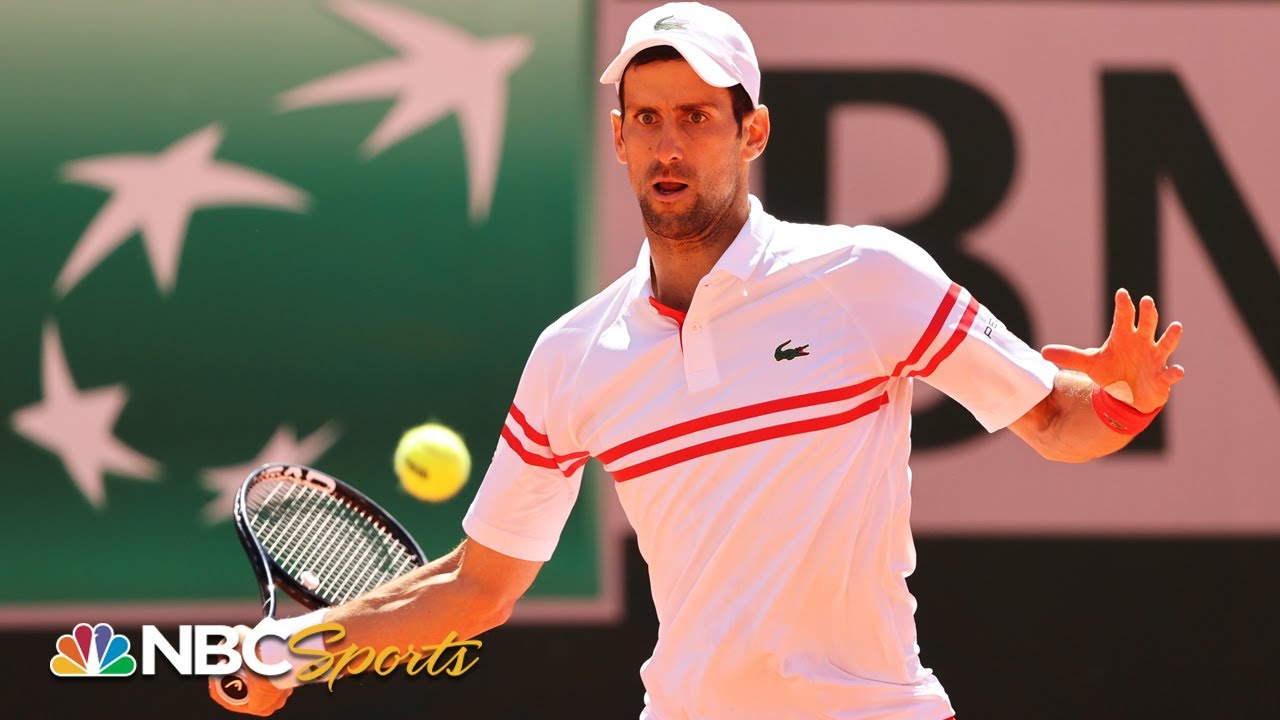 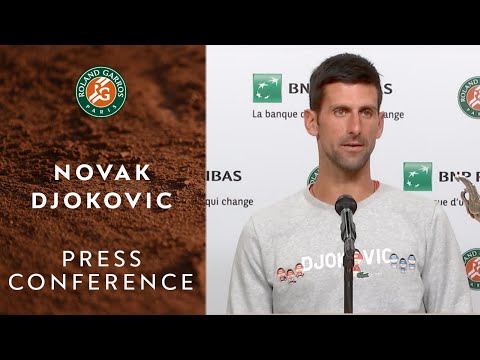 PARIS (AP) — Novak Djokovic left the court to go the locker room for a little chat with himself after dropping the first two sets of the French Open final Sunday.

Part of him worried he was too diminished and depleted to overcome that deficit against his younger, fresher foe, Stefanos Tsitsipas. And another part of Djokovic insisted he would.

Guess which side was right?

Aided by flawless serving down the stretch, a determined Djokovic summoned his imperious best and came all the way back to beat Tsitsipas 6-7 (6), 2-6, 6-3, 6-2, 6-4 for his second championship at Roland Garros and 19th Grand Slam title overall — one away from the men's record shared by Roger Federer and Rafael Nadal.

"There's always two voices inside: There is one telling you that you can't do it, that it's done, it's finished. That voice was pretty strong after that second set," Djokovic said. "So I felt that that was a time for me to actually vocalize the other voice and try to suppress the first one that was saying I can't make it. I told myself I can do it. Encouraged myself. I strongly started to repeat that inside of my mind, tried to live it with my entire being."

After ending the match with a leaping volley, Djokovic who spread his arms, tapped his chest and crouched to touch the red clay at Court Philippe Chatrier. When he went to the sideline, he handed his racket to a boy in the stands he said had been offering advice throughout.

Once the third set was underway, Djokovic felt better and played better.

Yes, his triumph went from in danger to inevitable: Djokovic did not face a break point in any of the last three sets.

Djokovic became one of three men — alongside Rod Laver and Roy Emerson — to have won each major twice. As the reigning champion at the Australian Open and French Open, he heads to Wimbledon, which starts June 28, eyeing another rare achievement: He is halfway to joining Laver and Don Budge as the only men with a calendar-year Grand Slam.

That was only Nadal's third loss in 108 matches at the clay-court major tournament.

Djokovic also defeated Nadal in the 2015 quarterfinals before losing that year's final. It appeared the same fate awaited Sunday, when the 22-year-old Tsitsipas had the upper hand against a drained Djokovic.

"It was not easy for me," Djokovic said, "both physically and mentally."

But he eventually completed his sixth career comeback from two sets down — and second of the past week.

Djokovic — who trailed 19-year-old Lorenzo Musetti two sets to none in the fourth round — is the first man in the professional era to win a major title after twice facing a 2-0 deficit in sets during the tournament.

"Suddenly just felt cold and out of it," Tsitsipas said. "I felt like I kind of lost my game a little bit."

This was the first major final for Tsitsipas and the 29th for Djokovic, who also won the 2016 French Open, to go with nine titles at the Australian Open, five at Wimbledon and three at the U.S. Open.

"Two sets doesn't really mean anything," said Tsitsipas, who was trying to become the first Greek to win a major.

He needed about 100 minutes to grab his lead on a sunny, breezy afternoon with the temperature approaching 80 degrees Fahrenheit (over 25 degrees Celsius) and attendance limited to 5,000, about a third of capacity, because of COVID-19 restrictions.

The footing on clay can be tricky, and both men took first-set tumbles.

Djokovic's left him prone on the sideline after a head-first fall near a net post; he said his body felt the effects for about a half-hour afterward. Tsitsipas slipped by the baseline, smearing his white shirt and purple shorts with the rust-colored surface.

While Djokovic switched tops soon after his spill, Tsitsipas kept his dirty clothes on — as if he viewed the mess as a badge of honor — until after losing the third set, when he requested a visit from a trainer to help him with a tight hip.

By then, the momentum had changed.

The first set was tight as can be: Tsitsipas won 43 points, Djokovic 42.

Djokovic began the second set with a double-fault and a swinging forehand volley that landed way long, then got broken with a wild forehand. Tsitsipas broke again to lead 5-2 in that set, and Djokovic pressed a white towel against his face at a changeover.

Trying to cool off? Perhaps. Trying to reset himself? Probably.

After the second set, Djokovic took one of each player's two allotted breaks.

The match was never quite the same; Tsitsipas thought Djokovic's anticipation and movement improved.

"I kind of felt like he could read my game a bit better, suddenly," Tsitsipas said.

A supreme returner and imposer of his will, Djokovic accrued early breaks of serve in each of the third, fourth and fifth sets.

Shadows were spreading across the court as the sun descended in the early evening and, though Djokovic complained to chair umpire Aurélie Tourte that the artificial lights were switched on, he shined when it mattered most.

This was another match that lasted more than four hours, and Djokovic was up to the task again.

"I will definitely remember these last 48 hours," he said, "for the rest of my life."

So, likely, will everyone else.