US, Germany advise against travel to Kabul airport amid evacuation chaos 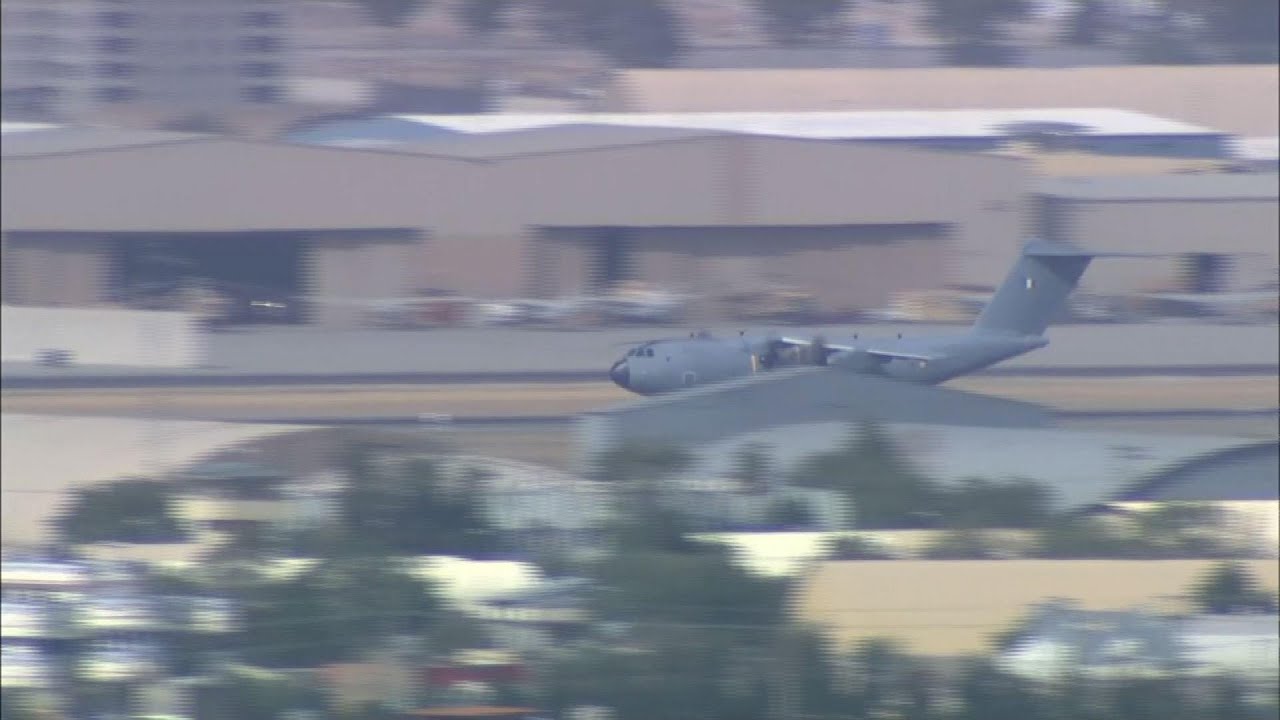 KABUL — The United States and Germany on Saturday told their citizens in Afghanistan to avoid traveling to Kabul airport, citing security risks as thousands of desperate people gathered trying to flee almost a week after Taliban Islamists took control.

The Taliban's co-founder, Mullah Baradar, arrived in the Afghan capital for talks with other leaders. The group is trying to hammer out a new government after its forces swept across the country as U.S.-led forces pulled out after two decades, with the Western-backed government and military collapsing.

Crowds have grown at the airport in the heat and dust of the day over the past week, hindering operations as the United States and other nations attempt to evacuate thousands of their diplomats and civilians as well as numerous Afghans. Mothers, fathers and children have pushed up against concrete blast walls in the crush as they seek to get a flight out.

The Taliban have urged those without travel documents to go home. At least 12 people have been killed in and around the single-runway airfield since Sunday, when the Taliban seized control of Afghanistan, NATO and Taliban officials said.

"Because of potential security threats outside the gates at the Kabul airport, we are advising U.S. citizens to avoid traveling to the airport and to avoid airport gates at this time unless you receive individual instructions from a U.S. government representative to do so," a U.S. Embassy advisory said.

The German Embassy also advised its citizens not to go to the airport, warning in an email that Taliban forces were conducting increasingly strict controls in its immediate vicinity.

The advisories underscored just how unsettled the security situation remains. A U.S. official, speaking on condition of anonymity, said the American military is looking at alternative routes for people to reach the airport because of threats from militant groups such as al Qaeda and Islamic State.

Army Major General William Taylor, with the U.S. military's Joint Staff, told a Pentagon briefing that 5,800 U.S. troops remain at the airport and that the facility "remains secure." Taylor said some gates into the airport were temporarily closed and reopened over the past day to facilitate a safe influx of evacuees.

A Taliban official, speaking to Reuters, said security risks could not be ruled out but that the group was "aiming to improve the situation and provide a smooth exit" for people trying to leave over the weekend. The Taliban's takeover has sparked fear of reprisals and a return to a harsh version of Islamic law the Taliban exercised when they were in power two decades ago.

Taylor said the United States in the past week has evacuated 17,000 people, including 2,500 Americans, from Kabul. Taylor said in the past day 3,800 people were evacuated on U.S. military and chartered flights.

The Biden administration has told U.S. airlines they could be ordered to help ferry people who have been evacuated from Afghanistan, two officials said on Saturday.

Speaking a day after President Joe Biden promised to evacuate "any American who wants to come home," Pentagon spokesman John Kirby said he did not have a "perfect figure" on how many U.S. citizens remain in Kabul and Afghanistan more broadly, though officials have indicated it is thousands.

Kirby declined to describe the specific "threat dynamics" in Kabul but called the security situation "fluid and dynamic."

"We're fighting against both time and space," Kirby said.

In Qatar, which is hosting thousands of evacuees until they can enter a third country, Afghans who fled described in interviews with Reuters despair at leaving behind loved ones while facing their own uncertain future.

A law student spoke of looting by the Taliban as they took control of Kabul, with armed militants intimidating people going to the airport. He left behind his wife, whom he married in a video call before evacuating.

"Our minds are back home because our families remain," he said, speaking on condition of anonymity like the other evacuees due to concerns for relatives left behind.

"It's going to be a very, very different and challenging life ahead of us," said another man, a lawyer who arrived in Doha with his wife, three children, parents and two sisters.

Switzerland postponed a charter flight from Kabul because of the chaos at the airport.

As the crisis continues to unfold in Afghanistan, two groups in Utah are preparing to receive and resettle refugees fleeing the country, and they're asking for the public's help.

The Taliban official, speaking on condition of anonymity, said Baradar will meet militant commanders, former government leaders and policy makers, religious scholars and others. The official said the group plans to prepare a new model for governing Afghanistan in the next few weeks, with separate teams tackling internal security and financial issues.

"Experts from the former government will be brought in for crisis management," the official said.

The new government structure will not be a democracy by Western definitions, the official said, but "will protect everyone's rights."

The Taliban, whose overall leader Mullah Haibatullah Akhundzada has so far been silent publicly, must also unite disparate groups within the movement whose interests may not always coincide now that victory has been achieved.

The Taliban follow an ultra-hardline version of Sunni Islam. They have sought to present a more moderate face since returning to power, saying they want peace and will respect the rights of women within the framework of Islamic law.

When in power from 1996-2001, also guided by Islamic law, the Taliban stopped women from working or going out without wearing an all-enveloping burqa and stopped girls from going to school.

Individual Afghans and international aid and advocacy groups have reported harsh retaliation against protests, and round-ups of those who had formerly held government positions, criticized the Taliban or worked with U.S.-led forces.

"We have heard of some cases of atrocities and crimes against civilians," the Taliban official said.

"If (members of the Taliban) are doing these law and order problems, they will be investigated," he said.