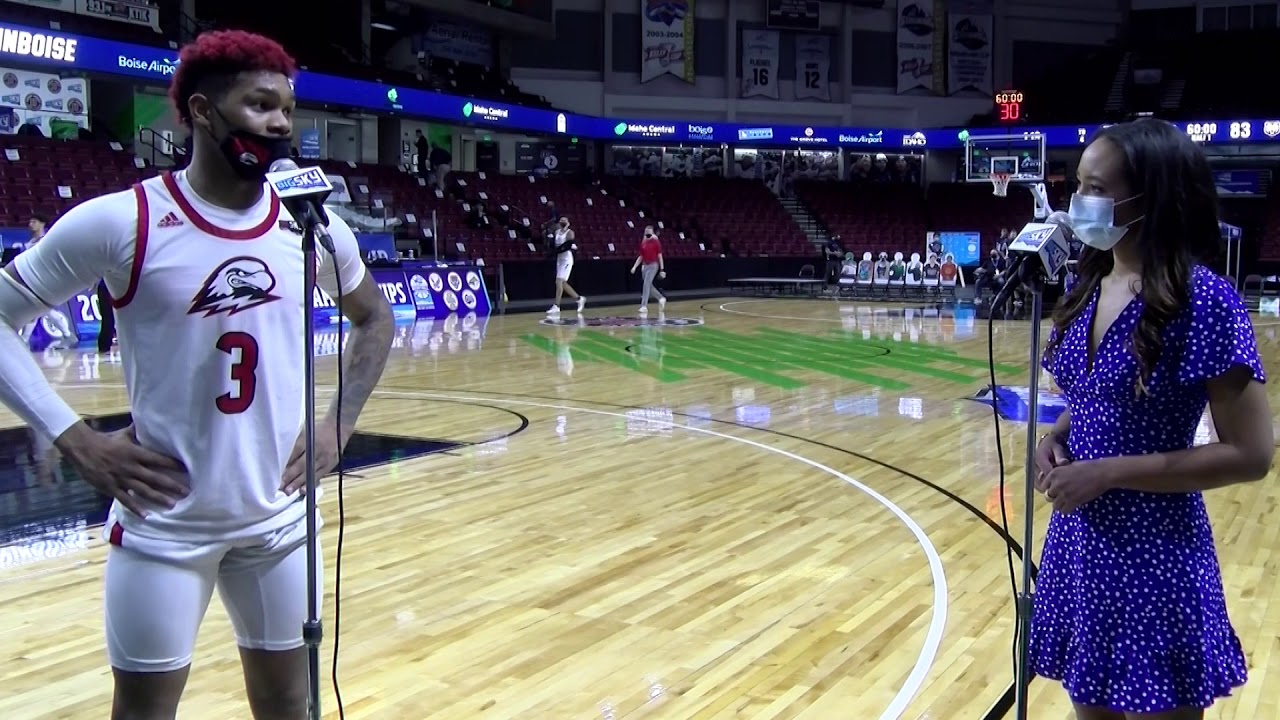 And frankly, the Thunderbirds played like they were the favorite in their tournament opener — for better or worse. SUU didn't panic when the Bears jumped out to an early 9-point lead, and the team certainly took its foot off the gas near the end. It was like they expected to win and — for the first time in a long time — so did everyone else.

It wasn't the cleanest game, but there was a reason SUU had a 16-point advantage in the second half: They were clearly the better team.

There was a moment in the second half that summed up just how much trouble the Thunderbirds caused Northern Colorado.

So after Knight had scored his 28th point of the day by bullying the Bears' defense, UNC finally adjusted. Northern Colorado tried out some zone. The result? SUU got an open 3 for Tevian Jones. You could almost hear the collective sigh coming from the UNC bench.

"We knew we could drive and attack," SUU head coach Todd Simon said. "They don't allow a lot of threes, so we just had to be really good from two."

The Thunderbirds shot 48% from inside the arc and attempted just 15 3-pointers.

SUU led by 16 with 8:22 remaining, and by as many as 10 with four minutes left, but still had some tight moments late. Northern Colorado cut that lead to four with 1:55 left in the contest, and that's where the deficit remained as the clock ticked under a minute. The Thunderbirds finished a perfect 8-for-8 from the free-throw line in the closing minutes to seal the win.

While it's been SUU's offense that led them to the conference title, it was its defense that sparked some early energy. After Northern Colorado went up by 9, SUU went to a full-court press that the Bears were ill-prepared for. The T-Birds forced 12 first-half turnovers to quickly take a lead that they'd never surrender.

"We haven't used that as much as we wanted," Simon said of the press. "With our depth, we think we can put a lot of bodies out there so we can hopefully play with a lot of energy defensively."

Weber State was down by 15 with under four minutes remaining. Not much changed with 2:20 left as the Wildcats trailed but double digits; yet, somehow, in the closing seconds, the Wildcats had a shot to tie the game.

The furious rally to save their Big Sky title dreams, though, ended before the shot even reached the basket. Seikou Sisoho Jawara's 3-point attempt was blocked with 11 seconds left and Montana held on for an 80-75 victory in the Big Sky quarterfinals.

Robby Beasley had a game-high 23 points and Mack Anderson added 16 points for Montana in the victory. Sisoho Jawara and Cody Carlson led the way for Weber, finishing with 18 points apiece in the near-miraculous comeback

The game looked over. Montana had used a 15-4 run in the second half to build a 16-point advantage with just six minutes remaining. The Wildcats couldn't make a shot, couldn't get a stop, and the No. 3 seed was looking straight at a blowout loss to end their season.

But there was some pride left in Weber, especially Dillon Jones. The freshman forward scored 9 points in the final six minutes to fuel a 21-7 run to pull the Wildcats within 1 point with 17 seconds left.

After two Montana free throws, the Wildcats were down 3 with 15 seconds to work with. After what they had done to come back in the game, that felt like an eternity. But Sisoho Jawara didn't waste much time.

He dribbled up the court and pulled up from deep for a potential game-tying shot, but it was blocked away. After a fight for the rebound, the ball bounced out of bounds off Weber, putting an end to the comeback.