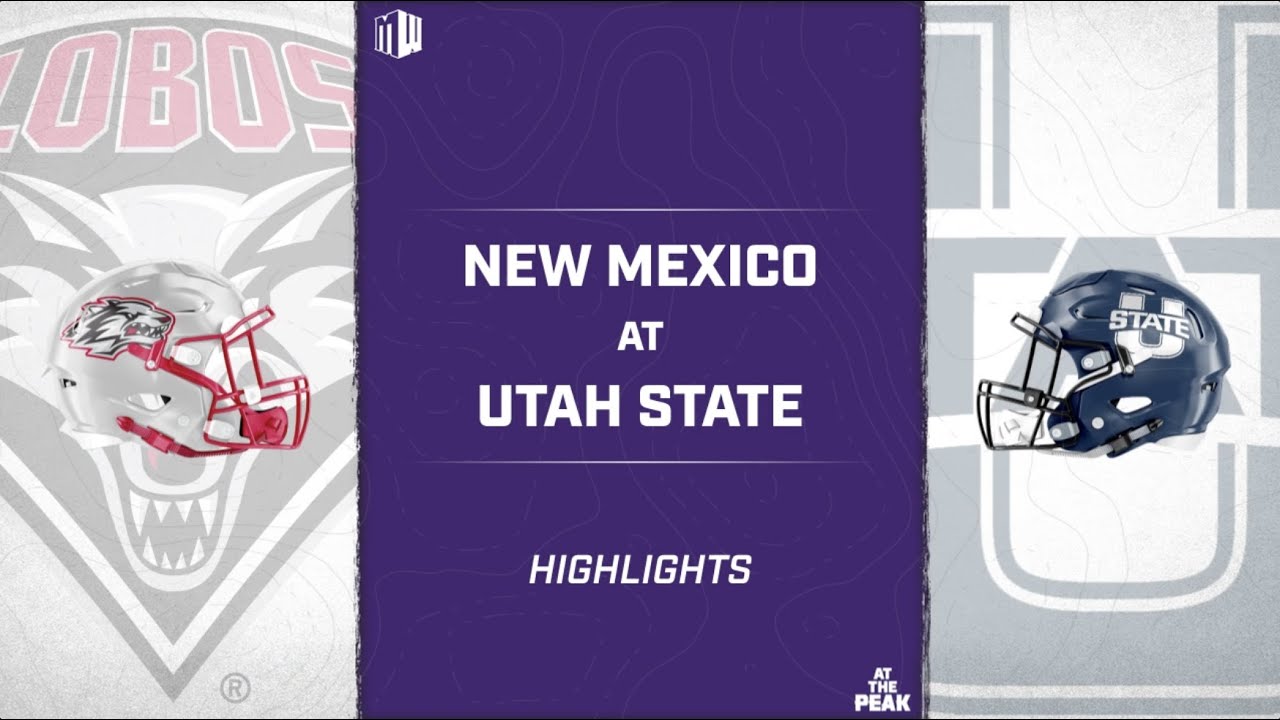 LOGAN — Andrew Peasley just wanted to get a first down. He ended up dealing the knockout blow.

Peasley rolled out of a collapsing pocket and high-tailed it toward the first-down marker. He hop-skipped over a reaching tackle right at the line to gain the first down, and suddenly he was all alone — sprinting 62 yards into the end zone.

"It was exactly how we practiced it this week — nah, I'm just messing around," interim coach Frank Maile said of the pivotal play. "That's the beauty about having a dual-threat quarterback. He always finds a way. He's competitive. He wrestled his way out of what should have been a sack, but he didn't give up."

And as freshman linebacker Kina Maile, who had a fumble return for a touchdown and a blocked punt in the win, said: "He dusted those guys. It was crazy."

Peasley said the play was supposed to be a quick out for first down, but things develop fast enough. He pump-faked as the New Mexico (0-5) defensive line converged around him and then rolled to his left.

"I escaped the pocket and I guess that's really it. It was all open from there," Peasley said.

It was the long-awaited first victory of the season for Utah State (1-4) and the Aggies came away with some hope for the future. The game-clinching run from Peasley wasn't the only play he made on Thursday. In fact, it sure looks like the Aggies have found their quarterback.

Peasley, the sophomore from La Grande, Oregon, made his first collegiate start. And if Thursday's performance is any indication, there will be plenty more coming.

Peasley was 14-of-21 for 239 yards and three touchdowns; he added 118 yards rushing and another score on the ground.

"I felt really confident going into the game. I felt like my teammates believed in me, and I just went out and performed," said Peasley, who had been out with COVID-19 in the weeks prior to the game.

Peasley said that following some long drives that had stalled in the first half, including a drive that ended with Peasley fumbling it through the end zone, the offense came out "with some fire" and wanted to take shots. That's just what they did.

If you were able to fight off the post-feast nap amid what seemed like endless first-half reviews, Peasley and Utah State rewarded you with their best performance of the year — by a lot.

On Utah State's opening possession of the half, Peasley found Justin McGriff in stride between two defenders for a 36-yard touchdown. On the next possession, the sophomore quarterback hit Savon Scarver crossing the field for a 26-yard score. And on the next, Peasley dumped it off to Carson Terrell who rumbled in for a 35-yard touchdown catch.

The Aggies came into Thursday's Thanksgiving nightcap having scored just 45 points all season as they floundered to an 0-4 record, and had just 6 points at halftime. So to say the sudden offensive explosion was surprising would be underselling it.

"We took shots and they were successful," Peasley said. "It felt good."

The third-quarter explosion was aided by the defense as well. Kina Maile scooped a fumble up and returned it for a touchdown. The Aggies scored 28 in the third quarter.

"It's hard to win football games, man," coach Maile said. "But anytime you can do it as a team with all three phases — offense, defense and special teams — it's a great feeling."

That's a feeling the Aggies have been waiting for all season. And one they are going to savor.

"Man, it's just a huge burden off our shoulders — just to get the first one and get us on the right path," Kina Maile said. "We've been itching to just get that zero off of our record and we finally got it. It feels wonderful and I know we're gonna celebrate this for the whole weekend and all Thanksgiving. I just love this feeling."