What we know about the Jewish center bomb threats

NEW YORK (CNN) — Anonymous bomb threats to Jewish institutions have spiked to about 140 incidents across the country since January, according to the Anti-Defamation League.

In the third month of continued threats to Jewish community centers, schools and institutions, there are very few answers.

It's unclear who's making the threats, why and what the state of the investigation is.

Some of the bomb threats are emailed. Some of them are phone calls from muffled and distorted voices. Other calls are automated. They are chilling with threats such as "The Jews will be decimated" and that bombs have been planted in children's backpacks.

Here's what we know:

Since January, Jewish community centers around the country — even ones in Canada — have received bomb threats. It started on January 4 with calls made to two Orlando Jewish institutions, but the incidents began to spread.

In the first two months of the year, at least 98 incidents had been reported against JCCs and Jewish day schools at 81 locations in 33 states, according to the Jewish Federations of North America.

There have been no reports that authorities found devices at any of sites.

The threats have sparked alarm and mass evacuations at community centers and schools. Some parents have pulled their children from JCCs under the continued wave of threats.

The bomb threats are happening amid other anti-Semitic acts in recent weeks. Vandals toppled and damaged hundreds of tombstones in Jewish cemeteries in Philadelphia and St. Louis. In late February, swastikas were etched into cars in an area of Miami that is predominantly Jewish.

The league says there have been six waves of bomb threats against Jewish institutions this year.

"It definitely has some distinguishing factors," Goldenberg said. "I think we're dealing with a mix of now potential copycats."

He had told CNN in February that the calls were "unprecedented" for their methodical approach and their sophisticated use of voice-masking technology, making it difficult to discern if it was a male or female voice, or how old the caller was.

Calls could originate from overseas

The FBI said it is investigating the incidents along with the Justice Department's civil rights division, but details have been scarce.

Law enforcement officials believe many of the threatening calls to Jewish community centers have originated overseas.

So far, no one has been arrested for making nationwide robocall threats to the JCCs, police say.

There's also pressure coming from Washington, as all 100 US senators called for more security at Jewish community centers, day schools and synagogues.

"We are concerned that the number of incidents is accelerating and failure to address and deter these threats will place innocent people at risk and threaten the financial viability of JCCs, many of which are institutions in their communities," the senators wrote in a letter on Tuesday to Department of Homeland Security Secretary John Kelly, Attorney General Jeff Sessions and FBI Director James Comey.

Comey met with leaders in the Jewish community on March 3 to discuss the recent spate of threats.

"You ask me are the feds doing enough? And I'm really not sure," a CEO of a JCC in the Northeast who wished to remain anonymous told CNN in late February.

Meanwhile, parents are grappling with whether to keep their children at JCCs amid the ongoing bomb threats. 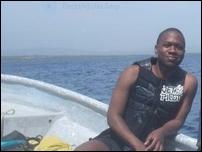 Man charged with threatening Jewish centers to frame his ex

A former journalist fired for fabricating details in stories made at least eight of the scores of threats against Jewish institutions nationwide, including a bomb threat to the Anti-Defamation League, as part of a bizarre campaign to harass and frame his ex-girlfriend, federal officials said Friday.

1 arrest made so far

A former reporter was arrested in St. Louis and accused of making some of the recent bomb threats against Jewish institutions.

Juan Thompson, 31, was charged with one count of cyberstalking for making at least eight threats. He allegedly made calls to the Anti-Defamation League and other Jewish institutions, with some of the threats mentioning a "Jewish Newtown," according to a criminal complaint. Thompson has a detention hearing Wednesday.

The accusation against Thompson accounts for just a small minority of more than 100 total bomb threats on Jewish institutions.

President Donald Trump denounced the threats to the Jewish community centers in his address to Congress last week.

But he has also made confusing comments regarding this issue. In a February meeting with state attorney generals, Trump suggested that recent threats made against the Jewish community might have been committed "to make others look bad" and that in terms of the threats, "the reverse can be true."

Trump made the comments when asked what was being done to combat the bomb threats.