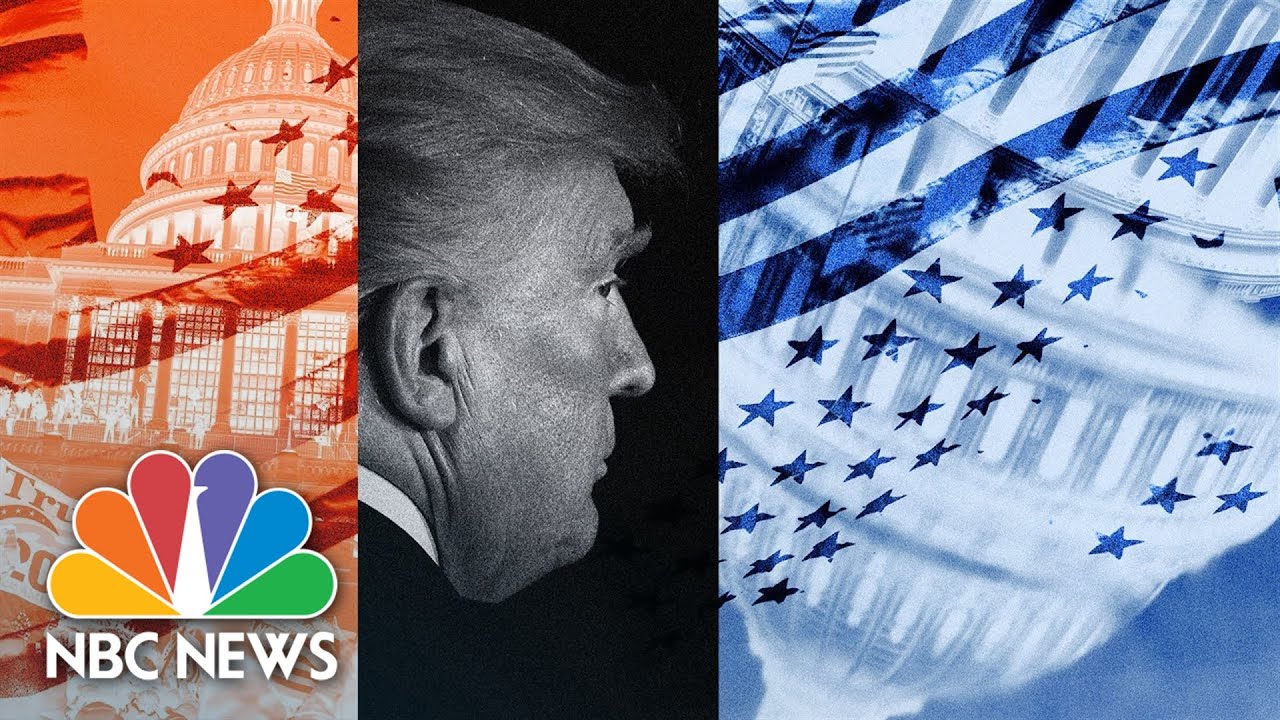 WASHINGTON — In a heated, "unhinged" dispute, Donald Trump fought objections from his White House lawyers to a plan, eventually discarded, to seize states' voting machines and then, in a last-ditch effort to salvage his presidency, summoned supporters to march on the U.S. Capitol for what turned into the deadly riot, the House Jan. 6 committee revealed Tuesday.

In another disclosure, raising the question of witness tampering, the panel's vice-chair said Trump himself had tried to contact a person who was talking to the committee about potential testimony. And still more new information revealed that Trump was so intent on making a showing at the Capitol that his aides secretly planned for a second rally stage there on the day of the attack.

Rep. Liz Cheney, the panel's vice chair, said it had notified the Justice Department that Trump had contacted the witness who has yet to appear in public.

"We will take any effort to influence witness testimony very seriously," said Cheney, a Wyoming Republican.

A Trump spokesperson did not immediately respond to a request for comment. Justice Department spokesman Anthony Coley declined to comment when asked if the department was investigating the call.

The hearing Tuesday was the seventh for the Jan. 6 committee, which is portraying the defeated Trump as "detached from reality," clinging to false claims of voter fraud and working feverishly to reverse his election defeat. It all led to his "be there, will be wild" tweet summoning supporters to Washington.

The panel delved into a critical three weeks of secret planning in the run-up to the Capitol attack and heard remorseful testimony from an Ohio father who believed Trump's election lies and answered the defeated president's tweet to come to Washington. The panel also heard from a former spokesman for the extremist Oath Keepers who warned of the far-right group's ability for violence.

"I think we need to quit mincing words about just talk. ... What it was going to be was an armed revolution," said Jason Van Tatenhove. "I mean, people died that day."

Tuesday's session focused in part on December 2020, a time when many Republicans were moving on from the November election Trump lost to Joe Biden. Testimony brought out details of a late-night Dec. 18 meeting at the White House with Trump's private lawyers suggesting he order the U.S. military to seize state voting machines in an unprecedented effort to pursue his false claims of voter fraud.

Former President Donald Trump fought security officials for control of the presidential SUV as he struggled to get to the Capitol during the Jan. 6, 2021, insurrection, a key former White House aide told House investigators Tuesday, even after he had been told that some of his supporters were armed.

"That's not how we do things in the United States," he testified.

Cipollone and other White House officials scrambled to intervene as Trump met late into the night with attorneys Sidney Powell and Rudy Giuliani, retired national security aide Michael Flynn and the former head of the online retail company Overstock. It erupted in shouting and screaming, another aide testified.

"Where is the evidence?" Cipollone demanded of the claims of voter fraud.

"What they were proposing, I thought, was nuts," testified another official, Eric Herschmann.

But Trump was intrigued and essentially told his White House lawyers that at least Powell and outside allies were trying to do something.

As night turned to morning, Trump tweeted his call for supporters to come to Washington on Jan. 6, when Congress would be tallying the Electoral College results. "Be there. Will be wild," Trump wrote.

The panel showed graphic and violent text messages and played videos of right-wing figures, including Alex Jones, and others vowing that Jan. 6 would be the day they would fight for the president.

Messages beaming across the far-right forums laid out plans for the big day that they said Trump was asking for in Washington. It would be a "red wedding," said one, a reference to a mass killing in "Game of Thrones." "Bring handcuffs."

Several members of the U.S. Capitol Police who fought the mob that day sat stone-faced in the front row of the committee room.

The problem of politicians whipping up mob violence to destroy fair elections is the oldest domestic enemy of constitutional democracy.

Members of the Proud Boys and Oath Keepers groups are now facing rare sedition charges over the siege. Nine people died the day of the attack and in its aftermath.

"This tweet served as a call to action — and in some cases a call to arms," said one panel member, Rep. Stephanie Murphy, D-Fla.

The committee revealed new details about what happened next, as planning was underway for Trump's big rally on the Ellipse outside the White House, and aides scrambled to secretly set up a second stage outside the Capitol complex across the street from the Supreme Court.

In a Jan. 4 text message from rally organizer Kylie Kremer to Trump ally Mike Lindell, the MyPillow CEO, Kremer explains: "This stays only between us, we are having a second stage at the Supreme Court again after the Ellipse. POTUS is going to have us march there/the Capitol."

Kremer warns that if the information gets out, others will try to sabotage the plans and the organizer "will be in trouble" with the National Park Service and other federal agencies.

"But POTUS is going to just call for it 'unexpectedly,'" Kremer wrote.

On the morning of Jan. 5, Trump ally Ali Alexander sent a similar text to a conservative journalist saying: "Ellipse then US capitol. Trump is supposed to order us to capitol at the end of his speech but we will see."

Murphy, the lawmaker on the panel, said, "This was not a spontaneous call to action, but rather was a deliberate strategy."

Tuesday's was the only hearing this week, as new details emerge. An expected prime-time hearing has been rescheduled for July 21.

Cheney said the Trump team is shifting its strategy in dealings with the committee and is now trying to shield the former president from blame, suggesting he received bad advice from "crazy" advisers or was otherwise "incapable" of understanding some of the details of the situation.

Trump is "not an impressionable child," Cheney said. "Just like everyone else in our country he is responsible for his own actions."

The panel also heard from a sorrowful Stephen Ayres, the Ohio father who said he got caught up in social media after the election, but has since lost his job and his house after joining the mob at the Capitol. He pleaded guilty last month to disorderly and disruptive conduct in a restricted building.

When Trump summoned supporters to Washington, "I felt like I needed to be down here," he testified.

Ayers hugged and apologized to the police officers after the hearing.