Video: Yosemite Valley and the failures that sparked the national park idea 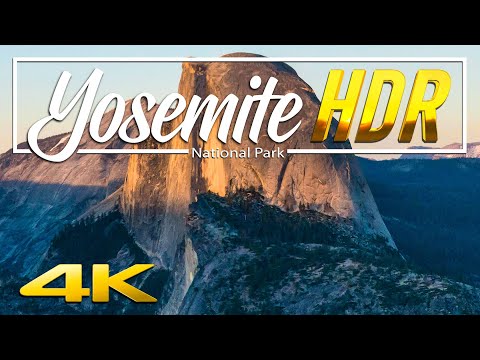 Yellowstone was, after all, the country's first national park, establishing the modern model adopted the world over for protecting natural, cultural and historic sites.

But there were a number of nature preserves that predate the March 1872 creation of Yellowstone National Park, including the Yosemite Valley Land Grant. In the summer of 1864, while still in the midst of the Civil War, Congress passed the Yosemite Act transferring management — though not ownership — of the spectacular Yosemite Valley to the state of California to "be held for public use, resort and recreation for all time."

President Abraham Lincoln signed it into law and the accompanying land grant became a critical stepping stone toward the realization of the national park idea.

The Yosemite Valley with its soaring granite monoliths and magnificent array of thundering waterfalls, including the more than 2,400-foot tall Yosemite Falls that is recognized as the tallest cascade in North America by the National Park Service, stirred early conservationists who desperately wanted to protect the valley and local groves of giant sequoias.

These were the early days of the conservation movement and the Yosemite Act left the details of management largely undecided. California's solution came in the form of a Yosemite Commission, made up of appointees who would determine management policy for the Yosemite Valley.

In all fairness, the commission did have a number of successes by fending off private land claims and even supporting the creation of a Yosemite National Park. It intended to house and protect the high country surrounding the valley still under the management of the state. But accusations that the valley had fallen victim to "increased abuse and neglect" under the commission's care came year after year, according to the park service.

There were concerns about the deterioration of the valley that were accompanied by infighting and accusations of corruption. Commission members were appointed by the governor, who many feared might use influence over the commission to exploit the valley. The commission was also opposed by influential naturalist and one-time Yosemite Valley resident John Muir, who was highly critical of the development the then commission had permitted within the valley.

The commission went on the offensive and attacked Muir personally, which only served to increase opposition to the commission and fuel the movement to return control of Yosemite Valley to the federal government, resulting in Yosemite National Park.

The contest between many local interests and the broader conservation movement bears striking resemblance to how the management of public lands is talked about today. Had Wyoming been a state in 1872, Yellowstone would have almost certainly followed the Yosemite model — stewardship for the park going over to the state and the national park idea as we know it today might have never been born.

But in one of history's ironies, following decades of controversy and numerous investigations that found the commission had indeed mismanaged the land, the state of California receded control of Yosemite Valley to the United States in 1905. The following year Yosemite Valley was added to the existing Yosemite National Park, officially solidifying the model established by Yellowstone to be copied the world over.

It's tempting to gaze at nature's most splendid wonderlands — many protected as national parks — and falsely conclude that their protection was always a foregone conclusion. Their history demonstrates that things often get quite ugly before they get better.

As you take this this stunning 4K HDR video tour of the resplendent Yosemite Valley, remember that the preservation of the country's most breathtaking and pristine wonderlands has been and remains an ongoing process. Contests have been bitter and outcomes anything but certain.

Close to 300 million people will visit at least one of our national parks this year; hundreds of millions more will visit our national forests and other public lands. And there are serious questions about how to best serve all those visitors and the precious landscapes they've come to see.

The story of conservation is ongoing and we are still making mistakes and still progressing. But never has there been more opportunity for visitors to fall in love with the nation's parks and wild lands and join in the movement to protect them.

Wherever you travel this year, remember the story of Yosemite's preservation and ask yourself, "What is the next step? How can I protect our precious natural resources?"

The WestOutdoors & RecHistoric
Mike Godfrey
Mike Godfrey is a graduate of BYU and along with his wife, Michelle, the manager of At Home in Wild Spaces, an outdoor recreation website, blog and community dedicated to sharing national parks, wilderness areas, hiking/biking trails, and more.