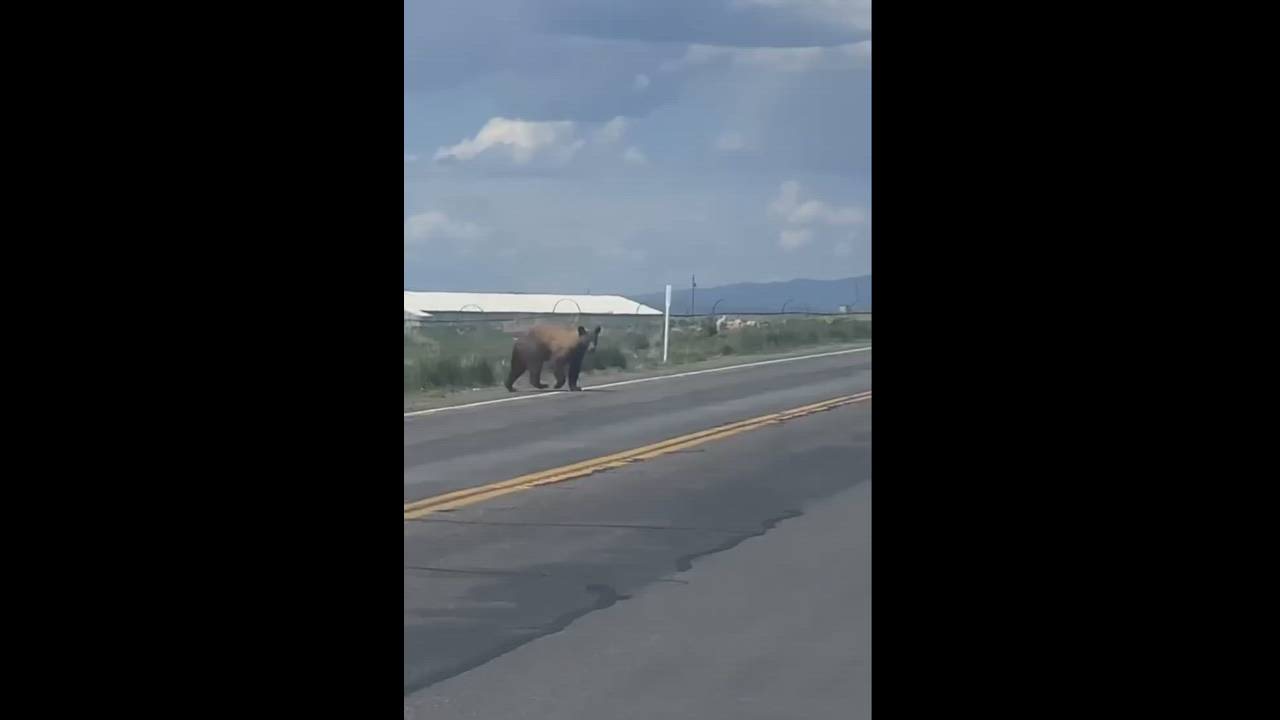 EPHRAIM – Why did the brown bear want to cross the road? We're not exactly sure, but it did so safely Tuesday thanks to helpful officers from the Ephraim Police Department.

A bear was spotted near Pioneer Cemetery in Ephraim Tuesday afternoon headed toward U.S. 89, Ephraim police in a Facebook post.

The fear was not for the safety of the public but for the bear, police said, so they set up a "bear"-icade to slow down traffic.

"The reporting party was concerned that the bear was headed toward Highway 89 and didn't want it to get hit," the Facebook post says. "Our officers responded and were able to shut down traffic in time so the bear could safely cross. The Division of Natural Resources officer followed the bear to the east mountains making sure it made it safe and sound."

This bear sighting comes just one day after a black bear was spotted at a middle school in Morgan County and later climbed into a tree. That bear was tranquilized and relocated a safe distance from the city, officials said.

The Division of Wildlife Resources said bear sightings are most common this time of year when bears come out of hibernation. Wildlife officials also noted that lower food supply, particularly by way of vegetation, tends to push bears into the valley to scavenge for food.

Wildlife officials recommends that campers bear-proof all food and supplies, including non-edible items like toothpaste and deodorant, that have strong smells. They also recommend that residents living in areas near canyons and foothills remove bird feeders, fruit trees, compost piles, beehives, pet food and water bowls, and barbecue grills and keep outdoor pets inside overnight.